The teacher lost to time 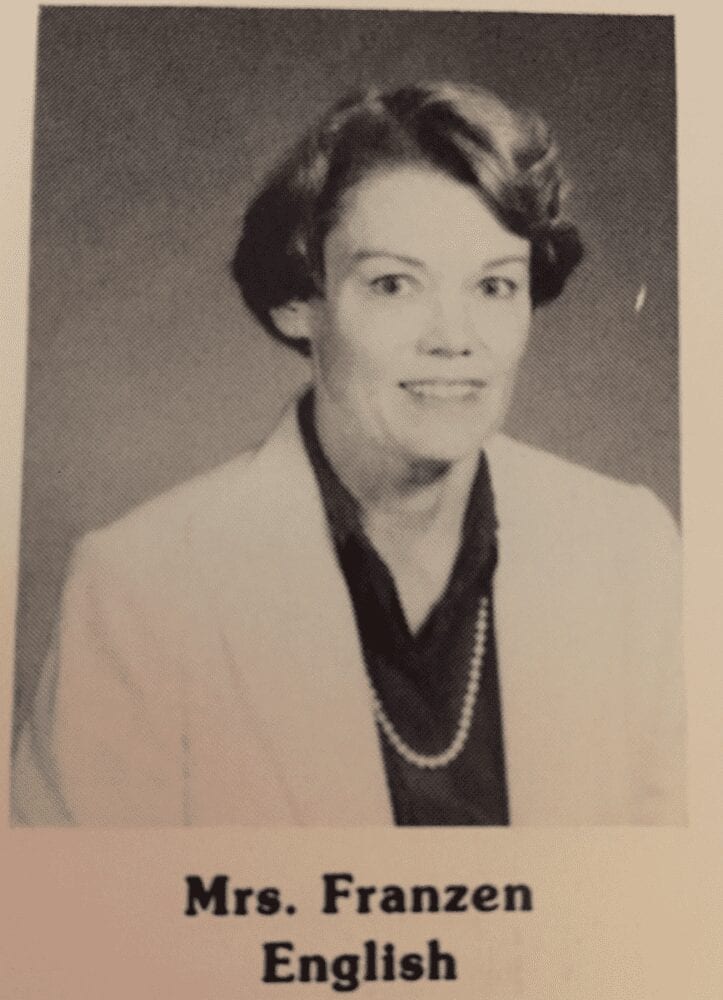 Like many adults, I don’t look back fondly at middle school.

During those dark days, I had an English teacher named Jane Franzen. I don’t remember a ton about Mrs. Franzen, but she was warm and friendly and saw something in me that I didn’t see myself. That’s why, at some point, she encouraged me to start writing stories for her. Which I did. They were, generally, three- or four-page horror-related pieces about scary men with masks and blood-covered knives and footsteps coming from behind. I’d use my friends’ names as characters (Gary Miller murdering Dennis Gargano; John Ballerini chopping up Jonathan Powell), and then I’d print them out and submit.

This was not about grading, or extra credit. No, Mrs. Franzen just liked a kid who liked writing.

Come to think of it, I have this fuzzy memory of sitting in the library, handing Mrs. Franzen one of the stories and watching her laugh with delight.

Man, I loved that.

I shuffled off to high school in 1987, the same year Mrs. Franzen died of cancer at age 52. I can’t say, definitively, she changed my life and made me look toward writing as a career.

But I can’t say she didn’t, either.