Goose Gossage and a rookie mistake 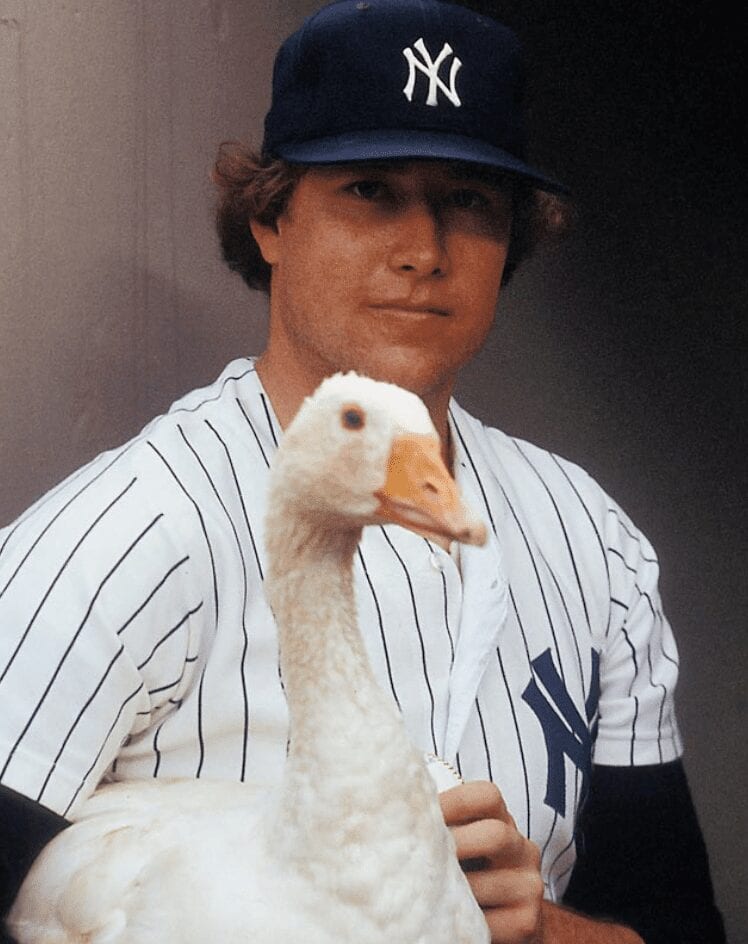 So I’m writing something where I wanted to speak with Rich (Goose) Gossage, the former New York Yankees closer who’s now in the Hall of Fame.

Do I need Gossage? No.

Is he important to the project? Not overly.

But he would have been nice to chat with, for context and background. Hence, I asked a bunch of people in baseball about Goose’s whereabouts, and no one I know had contact info. I then went to Facebook—nada. Then I did the ol’ Google search, and I found his website. It’s url is www.goosegossage.com, and it is—unambiguously—laughably antiquated. I mean, it wouldn’t have been bad in 1998, or whenever it was created. But by 2017 standards it’s a Debbie Gibson cassette tape in a Walkman.

I figured the Goose’s site was dead, and—being somewhat impulsive—I fired off this Tweet: 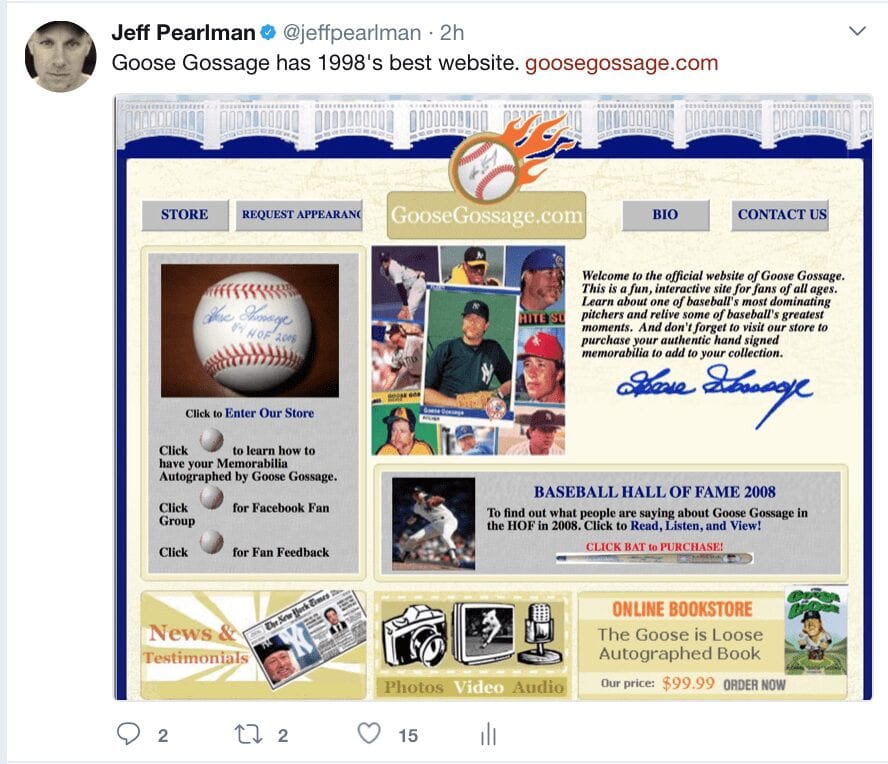 I simultaneously sent off a request to the CONTACT US link, on the off, off, off, off chance that someone still checked in on this relic. It’d be the equivalent of writing the H-Town fan club, hoping America’s last remaining H-Town loyalist somehow lingers in the cobwebs.

Within the hour someone named Andrew Levy responded, with this …

What followed was this exchange …

And, I have to say, Andrew Levy is 100-percent right. It was a dick Tweet, and he’s correct in denying the interview.

Sometimes, in this share-every-thought age of Internet nonsense, we fire without thinking.

The result: No Goose.