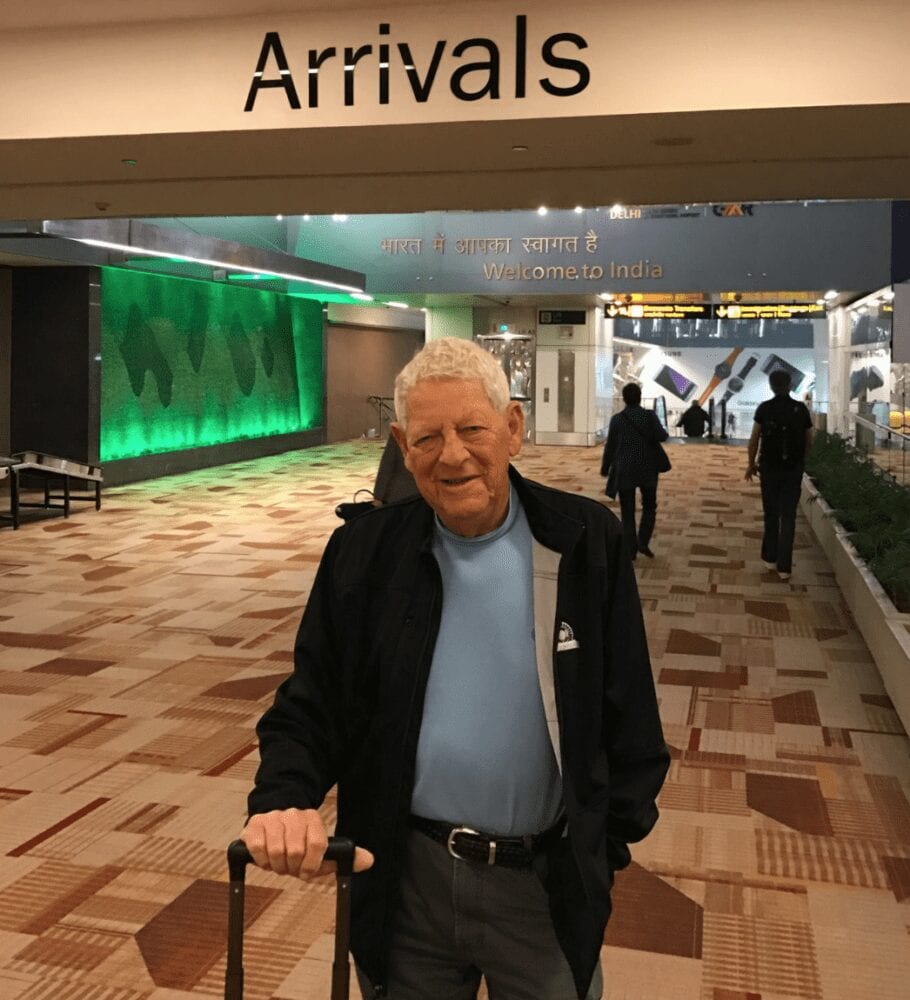 My father in law was a kisser.

I mean this literally. When you came for a visit, he kissed you on the cheek. It was an unusual thing for me, having been brought up in an American household where men didn’t kiss other men. And, initially, if Rodney moved in I’d instinctively shudder and pull back a bit. Then, one encounter, he stopped kissing. He merely extended his hand for a shake.

I was confused. And, oddly, a bit disappointed.

Word got back to Rodney. He laughed. The next time I visited, I was kissed.

Then kissed again on the nest visit.

And the next visit.

And the next visit.

It’s just a little anecdote, but one of a gazillion running through my head tonight as I try to grapple with the heartbreaking loss of a genuinely decent and kind man. Rodney Cole died today, leaving behind his wife Laura (my mother in law) and a large supply of loved ones.

As we travel through this thing called life, we come across all sorts of people. In a way, it’s our unspoken collection. We gather friends and enemies, loved ones and liked ones, teammates and opponents. Most come and go, a handful stick. We’ll comb the pages of old scrapbooks and set eyes upon folks we hadn’t thought of in decades. We struggle to recall names, nicknames, IDs. Faces merge. Backgrounds merge. Was she Mary or Marge? Was he from Detroit or Delaware? That guy was really tall, right? Or was he really wide?

In my life, Rodney Cole was one of a kind. He stood out. He jumped off the page. Rodney was a British man who somehow combined this proper, firm upbringing with All-American boyishness. He hated when my kids fidgeted at the table, yet would eagerly seek out straw wrappers, roll them into balls and flick them at your face. Rodney made sure my daughter and son ate their vegetables, but was a sucker for a box of chocolates. Or the frozen treats on the top shelf of his freezer (many of which, ahem, I snuck at night when he was asleep).

My daughter Casey and son Emmett have no biological ties to Rodney—yet he was their grandfather without condition or hesitation. When we visited Laura and Rodney at their home, he made certain to take them on lengthy golf cart rides; around the roads, over the greens, to the clubhouse. A talented wildlife photographer who spent endless days seeking out the rare bird, Rodney delighted in showing them his photos, then printing out the ones they wanted for their bedroom walls. Why tonight, as I tucked Emmett in, we both set our eyes upon a bald eagle gliding across a pale blue sky—photo credit: Rodney Cole.

I’m actually fortunate enough to have two wonderful father in laws—Richard, my wife’s dad; and Rodney, her step-dad. When I proposed to Catherine in 2001, Rodney presented me with his boyhood tallit as a gift. On the morning of my wedding, he took me for my last shave as a single man (and, funnily, my first shave—period). Our son’s Hebrew name is for Rodney’s father. It is no hyperbole to say, as I write this, I can hear Rodney’s chuckle in my head; can hear his dignified British accent; can picture him walking toward us as we enter the front door.

A final thought: Last month our son turned 11, and one day a big package arrived from Florida. Inside were two model cars—ones Rodney built decades ago. They had forever been sitting on display in his office, and Emmett always admired them. As his health worsened over the past year, I’m guessing Rodney thought more and more about mortality and, perhaps, legacy. So he mailed my boy the cars, then eagerly watched via FaceTime as Emmett drove one up and down our street.

It was the last time I would see Rodney Cole, and the boyish laughter coming from the phone was that of a man who took pleasure in one of his final acts.

Of a man who was happy.