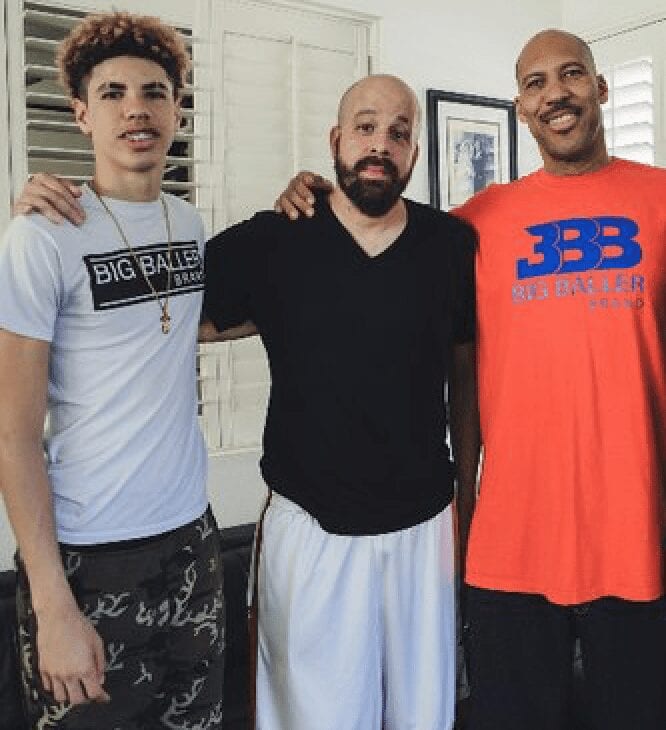 Today marks the 35th episode of my podcast, Two Writers Slinging Yang, and it’s the first one to come to fruition based upon a single image.

See, the above photo features Chris Palmer, a longtime NBA writer who contributes to The Undefeated, alongside LaMelo Ball (left) and his father, LaVar Ball. The picture serves as Chris’ Twitter profile image, and it struck me as interesting/weird/a bit off to both write somewhat regular about subjects (and repeatedly (and vigorously) defend them via social media) and also sport them in your primary social media photograph.

I wanted to speak with Chris about this at length, and I did. You can listen here. Chris was a great sport, and answered every question with honesty and precision. He’s a fantastic guest.

Because the podcast is only 40 minutes, I didn’t really get the chance to share my views at length. And I wanted to.

So, to begin with, in a world of rising temperatures, aspiring dictator presidents, drought, famine, shootings, poverty—this is not a big deal. Or even a slightly big deal. It’s only an issue in the tiny sliver that is journalism and, specifically, sports journalism. Within that sphere, however, I don’t love the growing trend of sports journalists affiliating themselves with teams and/or athletes. I hate people in the business eagerly identifying themselves as Seahawks fans, as Raiders fans, as Padres fans. I don’t like the kissing of LeBron ass, of Mike Trout ass. You shouldn’t be posing for pictures with the people you cover; shouldn’t be asking for autographs from these people.

I vividly recall back when I was at SI, and we had a reporter who was a huge Pedro Martinez fan. He didn’t cover sports—worked primarily as a fact checker. Well, he was leaving the magazine, and someone asked Tom Verducci whether he could ask Pedro for a signed ball to give the departing employee. What ensued was a lengthy debate/discussion about ethics, right v. wrong, crossing lines. I’m pretty sure Tom asked for the baseball, but in a highly professional and thoughtful manner, and with zero fanfare.

Chris defends himself throughout the podcast, and does so well.