The jerseys of Emmett Pearlman 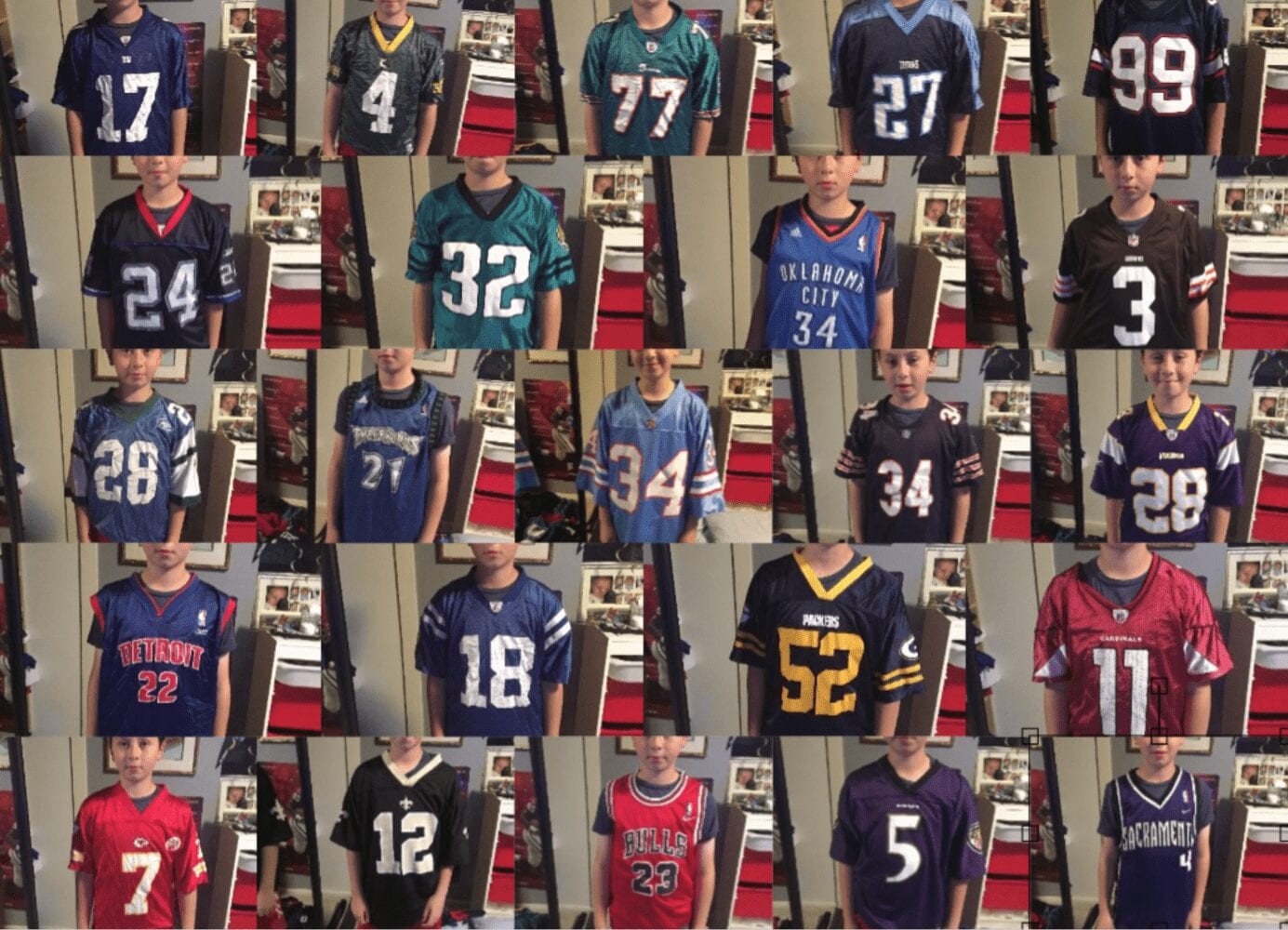 So no one actually won the NAME EMMETT PEARLMAN’S JERSEYS contest—which required someone to properly identify every jersey in his closet.

Here are the answers:

Below image (left to right) … 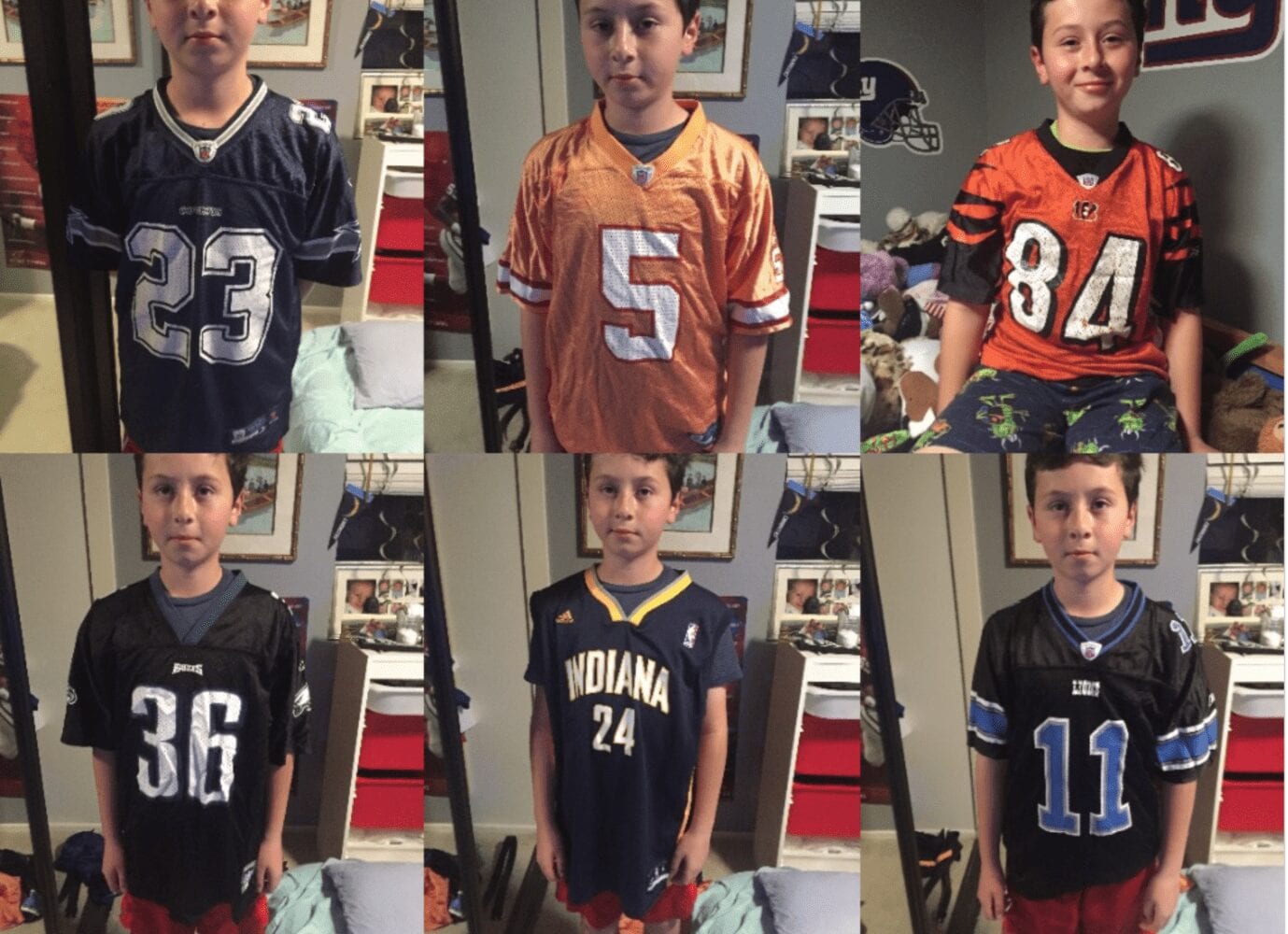 • Emmett knows Plaxico shot himself in the leg, but doesn’t really care. He knows a lot about Favre because his dad wrote a book. Jake Long is the only offensive lineman jersey he has. He thinks the the Titans jersey is particularly cool. The Greg Fields jersey arrived the other day—and he was insanely psyched. He’s almost grown out of the Jags jersey. I love that—of all the Thunder stars—his is a Mason gem. We always laughed about Browns uniforms, and now we sorta like it. Emmett dislikes the Jets—but he did this for me. I bought him the Earl Campbell jersey as a birthday gift two years ago. It’s his favorite … and still way too enormous. The Sweetness jersey was his pre-Earl favorite. He doesn’t know Peterson beat the shit out of his kid. Larry Fitzgerald is worn the most. Matt Cassell arrived reeking of cigarette. After three washes, all was good. The Saints jersey is new. I love how bad Roy Williams was.