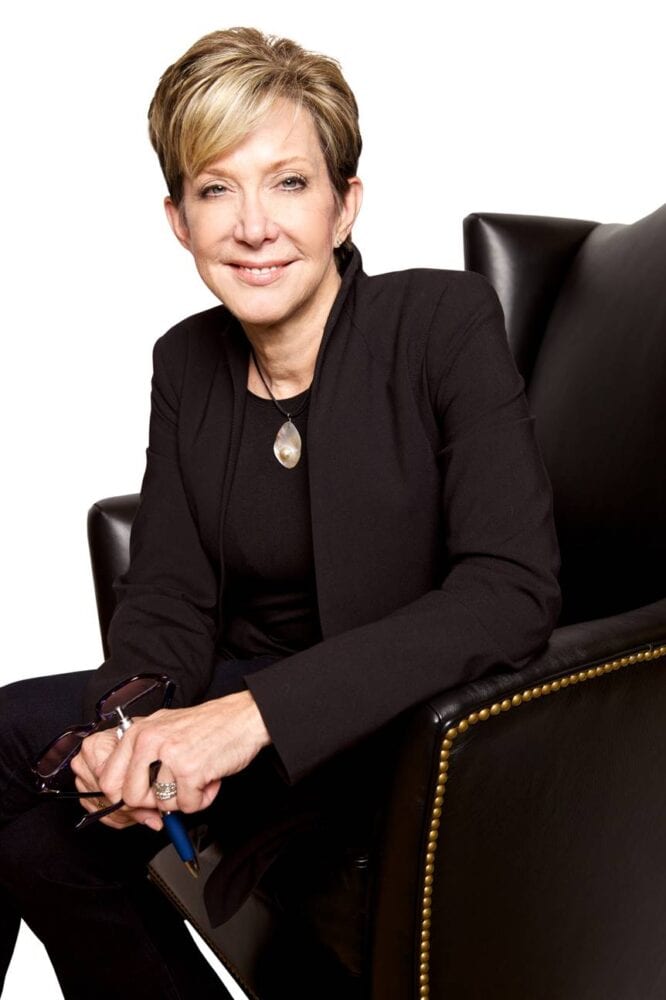 Dayna Steele is a Democrat running for a congressional seat in southeast Texas.

I need to repeat that, because it sounds sorta bonkers. So … Dayna Steele is a Democrat running for a congressional seat in southeast Texas. She’s never held a political office. She never really thought about holding a political office. But then, stuff started to change. Ted Cruz. Donald Trump. The attacks on immigrants. The attacks on LGBT rights. The anger from the right, often crossing the lines of decency, of bigotry, of hate.

And now, here we are. Best know for her longtime career as a Houston-based rock radio DJ,  Steele finds herself in the heart of a heated campaign against arch-conservative (Trump worshiping) incumbent Brian Babin, who scored an A+ rating from the NRA and thinks climate change is some sort of wacky hoax. Will Steele win? It’ll be tough. Should she win? If decency and compassion matter, absolutely.

Today, Dayna talks about entering a race for the first time; about the discomfort of asking for money, the passion of the campaign trail, her love of Sammy Hagar and dislike of Rush. One can visit Dayna’s website here, and follow her on Twitter here and Instagram here.

JEFF PEARLMAN: So Dayna, you’re a Democrat. In Texas. Running for Congress. As I sit here in my Southern California home, I’m thinking, “Um … what?” Because Texas sorta feels like a lost cause to progressive thinking. Tell me why I’m wrong.

DAYNA STEELE: What you do is state your position and your solution. You find like-minded individuals and you get the word out. Texas isn’t as red and as redneck as people are led to believe. What we are is a “do not get out and vote” state. That is changing. According to a Gallup poll just last week, Texas is not longer red and is back in play for elections. This year. National news also is touting the fact that the Democratic candidate for Senator, Beto O’Rourke is kicking Ted Cruz’s behind in fundraising and grassroots.

J.P.: A couple of hours before I started typing this two were killed in a shooting at Central Michigan. Before that, of course, was Parkland. I’ve read your position on guns—“ We need a stronger background check system for all gun sales, once again allow CDC research on gun violence, ban bump stocks and more” … but I’m not seeing the majority of registered Texas voters feeling your take. The belief, fortified by years of NRA conditioning, is that once they take one gun, they’ll take another. Dayna, how do you sell reasonable gun control to those who don’t buy it?

​D.S.: Less than one percent of gun owners are members of the NRA and many of those members are horrified at what the organization has become. I am a native Texan, a Democrat who has owned a gun before and also enjoys going to the shooting range with my son. I am asking for common sense while still protecting the 2nd Amendment. 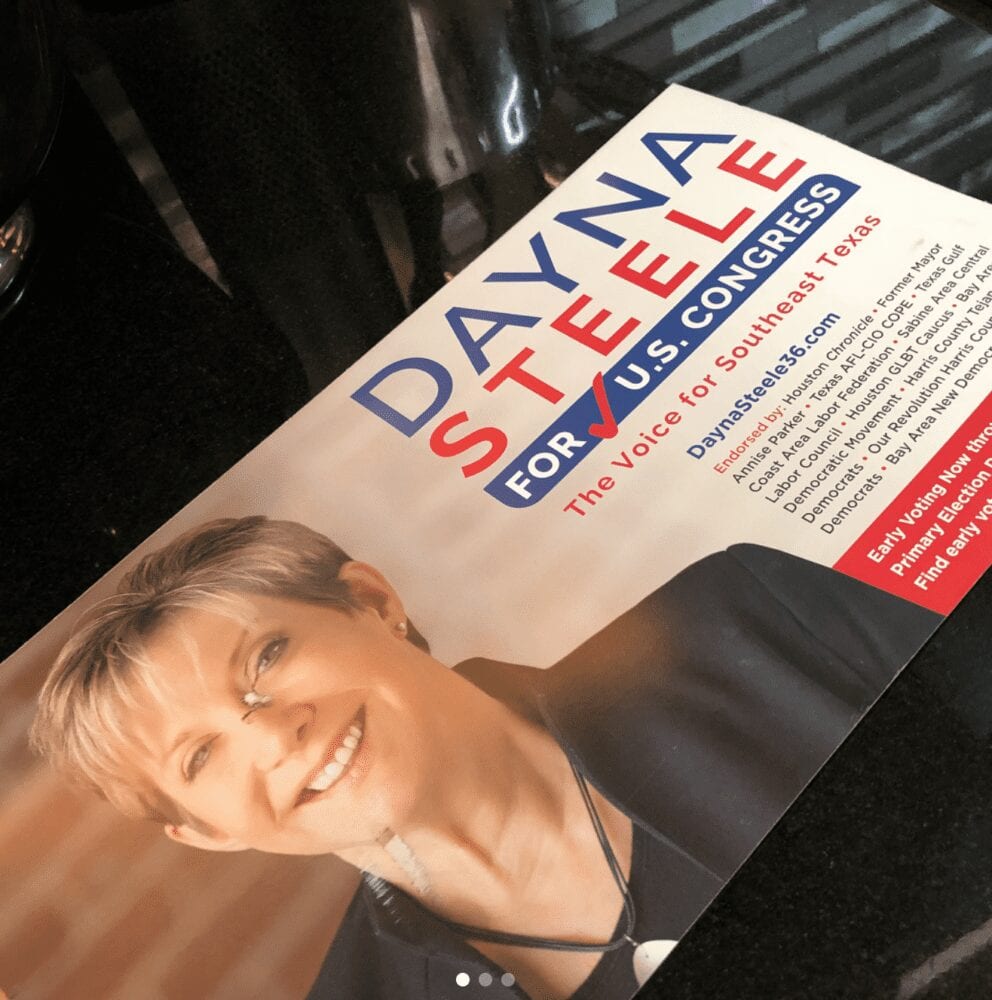 J.P.: How do you explain Donald Trump’s rise? Everyone has their takes. What’s yours?

​D.S.: Democrats just assumed that had that on in the bag. Or people just assumed it wasn’t worth the effort in a “red” state. And the party spends more time pointing out what is wrong than what we want to do for people. Name calling and finger pointing is just like kicking an ant bed, making the ants mad and spreading them even more. Instead I like to concentrate on what’s important in my district, what people are talking about. Democrats, Independents and Republicans. What I hear is Medicare For All, publlic fiber optic broadband Internet (HUGE areas without coverage or at least really bad service), Harvey recovery help, and better public schools. ​

J.P.: Your background is super funky: Rock radio personality in Houston-turned online retail entrepreneur-turned author. I wanna start with the music—how did that happen? How does one become a radio personality? What was the climb?

D.S.: On a dare in college. The guy doing the daring was talking about the new student radio station where I was a freshman, Texas A&M University. He was a deejay at the Top 40 station in town and very cute. I thought if I auditioned, he would be impressed and ask me out. He did not but once I put on those headphones, I knew I was home. I did it for the next 22 years. And he and I are still friends! Never did get that date but that’s OK, because things worked out just fine.​

J.P.: You wrote a book two years ago, “Surviving Alzherimer’s,” that really was a collection of your Facebook posts as your mother faded away from the awful disease. I’m gonna throw a curveball here: My wife and I often talk about people who share all their struggles on Facebook. Sometimes it comes off as wonderful. Other times, needy. Other times, desperate. Other times, enlightening. Why did you choose Facebook posts as your outlet? And what is it to have a loved one with Alzheimer’s?

D.S.: It simply started as a way to let our friends and family all over the world know. I just couldn’t bring myself to say it over and over. ​I was so surprised by the hundreds of people who started reaching out with their stories. I realized they wanted to talk and I was giving them permission to talk, vent, cry, laugh, whatever helps you get through this horrible experience. It was also quite cathartic for me. I used a lot of dark humor to get through it and so many gave me permission to laugh and share.

The first half of the book features the best posts with the best comments—funny, insightful, helpful. The second half are resources I wish I had from the beginning, including a list of question you and your wife should ask each other now and keep the answers somewhere safe, written down.

J.P.: You spent a ton of your life interviewing rock stars, from Ozzy and Sammy Hagar to Bono and Keith Richards. On and on and on. And I wonder—besides mere talent, what separates the OK from the good, the good from the great? Was there a reason some singers/bands soared, while others eternally played the Stone Balloon and Milford Crab House?

D.S.: ​That’s the first book! “Rock To The Top: What I Learned About Success From The World’s Greatest Rock Stars” It’s work ethic, networking, appreciation and so much more. And working those ‘talents’ each and every day in everything you do. I’ve summed it up before by saying the biggest rock stars always called when they were scheduled to, or showed up. They were prepared, had something to say, were entertaining. they could sell themselves and the product but also make your show good.  All success comes from helping others become successful.​

D.S.: ​I do hate it but it is a necessary evil. Hoping I can change that from the inside. I’ve never been able to ask for money starting with my allowance as a kid. But I’ve gotten pretty good at it for the campaign. ​Why? Because for 17 dead in Parkland, a $31,000 dining room table, deported DREAMers, women’s rights being attacked, racist attacks, the decimation of equal rights … I’m preaching to the choir here but you get the point. I have to ask for money, I have to drive hundreds of miles and give hundreds of speeches. I have to for all of us. And no one even ran on the ticket in 2016. Our very democracy is at risk daily. 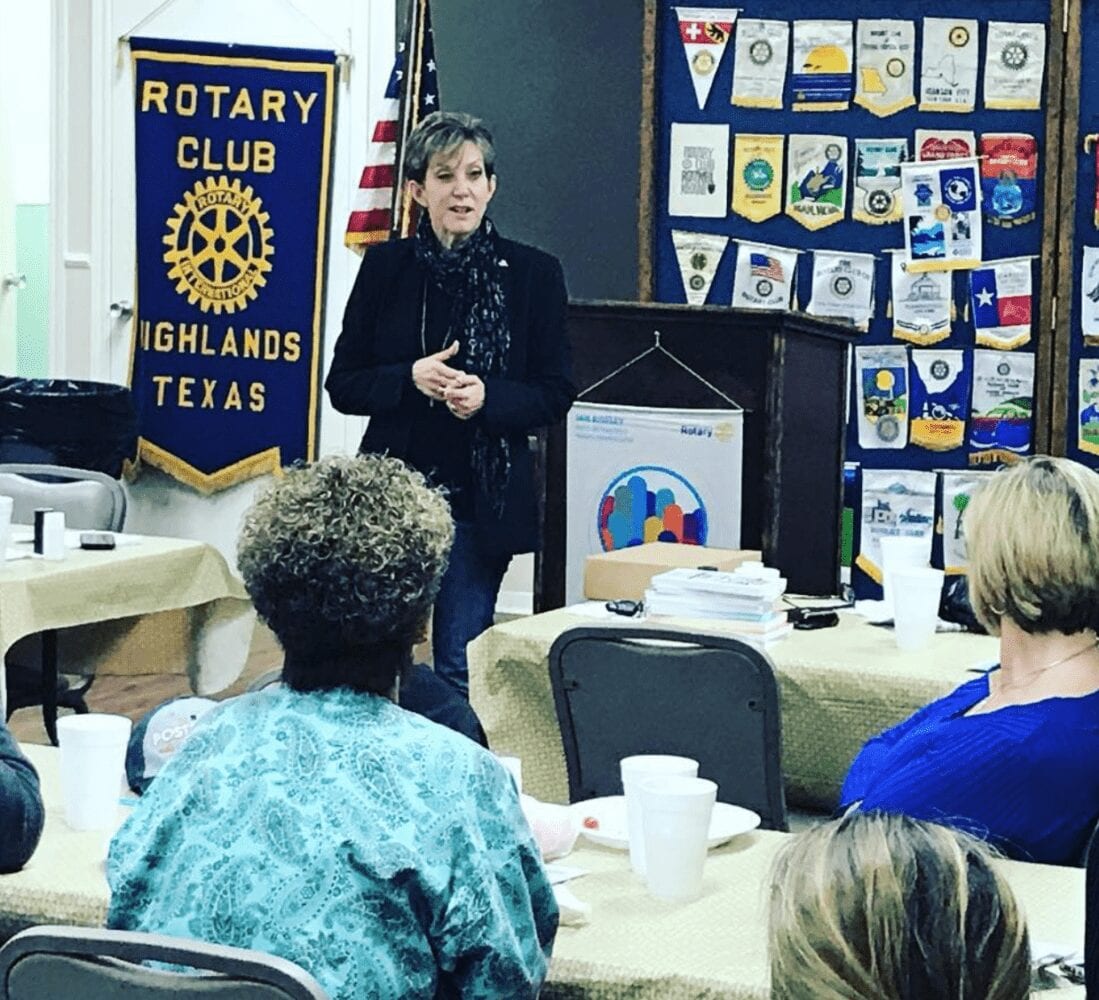 J.P.: From afar, I just don’t get the appeal of Ted Cruz. I know you’re not a fan, but can you explain why Texans seem to like him. Like, step outside your own feelings. Clearly he’s doing something right, no?

D.S.: He panders to the religious right who finally feel like they have a champion. But I am hearing and seeing a growing distaste from moderate and even conservative Republicans who understand separation of church and state is essential for a democracy by and for the people. ​And again, people just got complacent and thought, “How much harm can he possibly do?”

J.P.: You have kids. I have kids. I think we’re fucked on climate change. I mean, you and I will die with the earth largely intact. And maybe our kids will. But theirs won’t. And, truth be told, I think it’s too late. The oceans will rise, the earth will get hotter and hotter. Fucked. Agree? Disagree? And what to do?

D.S.: Agree, but I refuse to give up, we can at least try to save what we can. We owe it to them.​ I don’t give up that easily.

J.P.: How do you approach people you know don’t—instinctively—want to vote for you? The lifelong Republican? The #maga guy? Like, do you try? Or sometimes do you just say, “No point with this one”?

D.S.: ​So many grew up listening to me, we just talk about radio. My hairdresser loves Trump, so we talk about our kids. I interviewed people for a living, like you said, so I just interview them and give them a chance to talk and vent. I don’t get mad, I don’t yell, I don’t name call., I listen. I won’t change many of their minds but I will change some. I am hearing more and more often these days, “I can’t vote for you because I have to vote Republican, but I’m rooting for you.” And then they hug me. That’s a start …​

• How did you meet your husband?: ​Blind date with an astronaut to a CSN show. He was a NASA pilot and came with some other folks. June 3, 1990. We’ve been together ever since.

• Five all-time least-favorite bands/singers: Rush (only because they were so rude to a radio promotion winner one day), anything disco. Otherwise I’d be hard pressed to say. I love all music and what it does to my brain.

​• One question you would ask Candy Maldonado were he here right now: ​What do you think of the outrageous salaries players are getting now?​

• What happens after we die?: ​I don’t waste time worrying about that. I’m doing the best I can here and now.​

• Five reasons one should make Seabrook, Texas his/her next vacation destination: ​I am a helluva cook. Come to my house. There’s wine.​ And NASA. I’ll take you on a tour.

• I still think the Mets were better off with Danny Heep than Mike Scott. You?: ​Who?​

• In exactly 11 words, make a case for the Whopper: Anything served through a window is probably very bad for you. ​

​• Who is the nicest celebrity you’ve ever spoken with?: ​Robert Plant was very cordial when I hung up on him. The next week Mick Jagger was equally charming when I put him on hold. But I would have to say Sammy Hagar. His manager was my mentor and I spent a lot of time on the road with them. Sammy is a brilliant business guy with the biggest heart for people and causes.  ​