Ten questions with my son 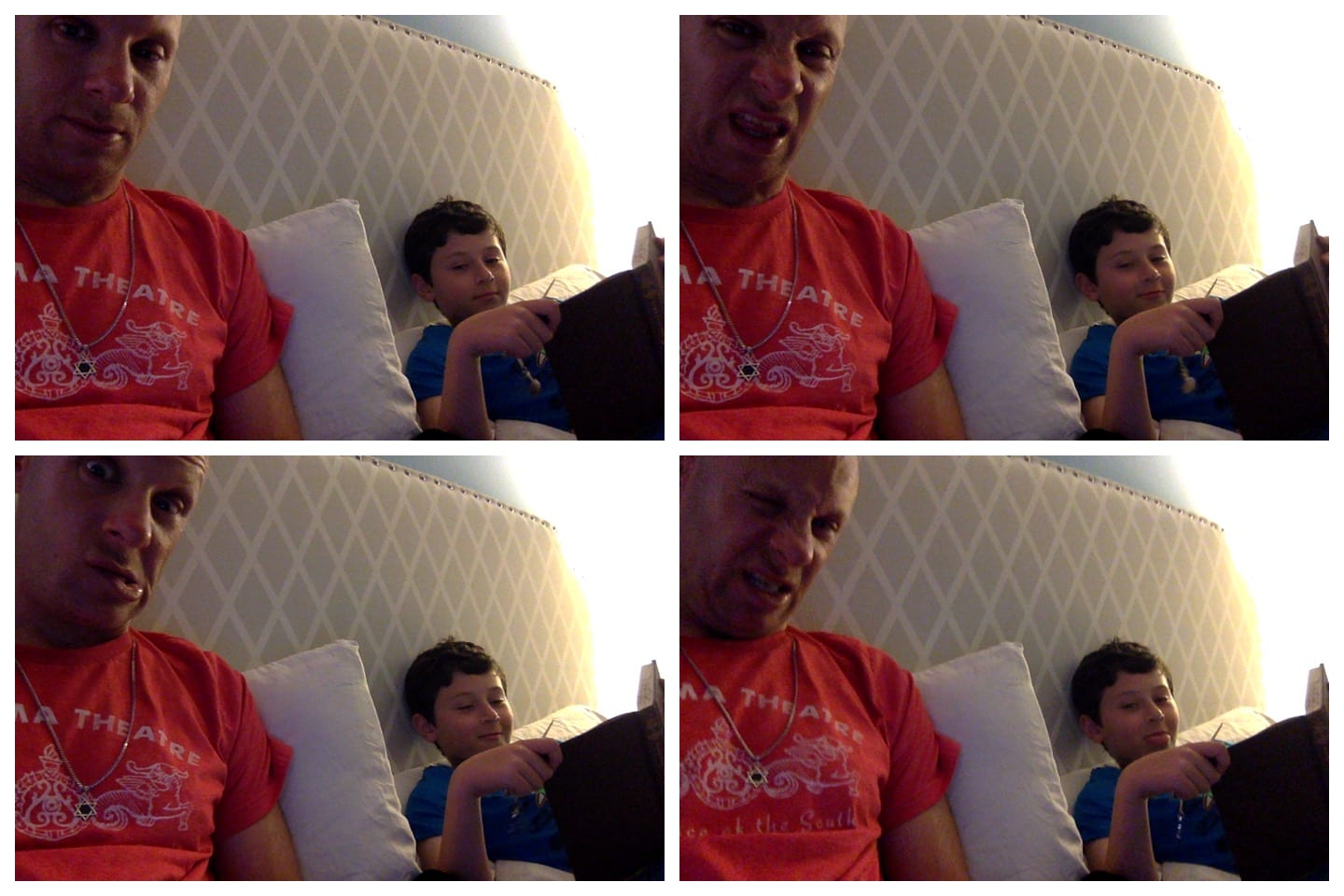 I’m sitting here with my son Emmett. He’s 11 and in sixth grade, and it’s almost his bedtime. But first, a quick Q&A …

Dad: What do you think the world should smell like?

Dad: What is it about “Jump” by Kris Kross that you dislike?

Emmett: It’s just like, first the lyrics are so lame. There’s nothing special about them. It’s “Yeah, we’re cool. Kris Kross.” That’s lame. And they’re not very good rappers. It’s more like Kids Bop singing than it is rapping. It’s just not very good.

Dad: What’s the dumbest question an adult can ask an 11-year old?

Emmett: Dumbest question? OK, for an average 11-year old, I’ll have to say, “How are you?” Because no one is going to say, “Terrible, I failed my math test.” They’re just going to say, “Good.”

Dad: Do you have any friends who have boyfriends or girlfriends?

Emmett: I have people that aren’t necessarily my friends but who have been asked out. They’ve said no. There’s one person who said yes, but that never lasted. It was weird.

Dad: What are your plans for April Fools?

Dad: What’s the grossest thing about me?

Emmett: Grossest thing about you is when you have a scab and you’re like, “Hey, Emmett, touch the scab.” That’s gross. Today you did it with the canker sore. That’s just disgusting. I didn’t touch it, though.

Dad: What do you want?

Dad: You’ve heard a lot of curses, but you never curse. Why?

Emmett: There’s no need to. If you think about it, there’s absolutely no need to curse. You can just replace it with any other word.

Emmett: No. I mean, like, I’m gonna go to bed soon. So a little bit. But not super death tired.