A new level of preposterousness 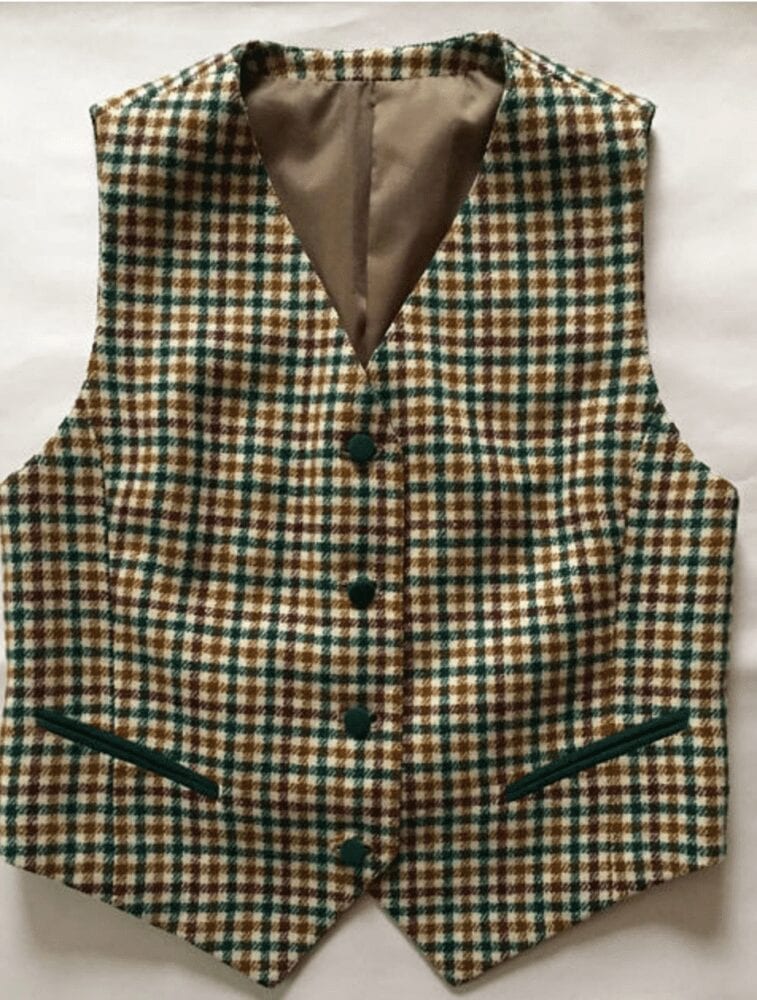 Back in 1999, I went on a date with the little person who would ultimately become my wife. I’d seen her at a wedding months earlier, but lacked the courage to approach. Ultimately, we were sorta set up, and I walked into a Spanish restaurant called Ole with decent confidence.

I was also wearing a baggy black T-shirt (given to me—used—by my ex-girlfriend’s step father), a houndstooth vest (Marshall’s—$12) and jeans. Afterward, when Catherine griped to her friend of my wardrobe, she was reassured that, “You can always change how a man dresses.”

Catherine likes telling that story, because the unspoken punchline is I remain a pretty sloppy dresser. I mean, I’m improved (right, Earl?). But I’ll never be sweaters and collared shirts and slacks and …

Two days ago I ran the OC Half Marathon alongside my 11-year-old son, Emmett. An event photographer sent off proofs today, hoping participants will order. Here’s one of mine … 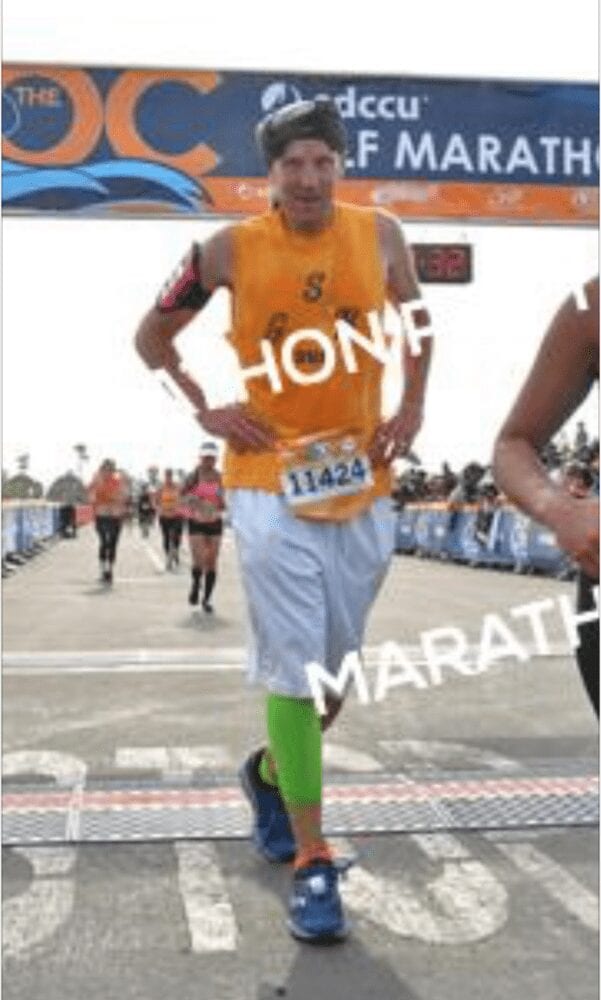 I texted the image to Catherine a while back, and she immediately called to laugh at me. Not with me. At. Which is, obviously, fair. But I can explain. So I will …

• The head wrap: I hadn’t planned on wearing this. In fact, I brought along a red bandana that I usually wrap around my skull to avoid sun burn while simultaneously absorbing sweat. Alas, I forgot to take it from the car. I was, however, sporting a 3/4-sleeved Jack Daniel’s shirt that I bought from Wal-Mart, oh, five years ago. I’d actually planned on tossing the garment into the trash once the race began. Instead, I turned it into this classy looking head piece.

• The pink arm thing: That’s to hold my iPhone. Throughout the past year I’d been running either without the phone or simply with it in my hand. Then my stupid phone broke and I upgraded to the iPhone 8 Plus. Which is big and annoying. So—the band. And pink because pink is cool.

• The baggy white shorts: Um, yeah. Not terrific. So beneath that circus tent is a normal pair of black running shorts. I wore the white in the morning just to have pockets, and I planned to take them off before the race. Then Emmett handed me his running stuff—gels and little sucking candies. “Don’t you have a pocket?” I said.

Try running 13.1 miles in those shorts without looking the fool. I dare you.

• The compression sock thing: It’s neon green. I bought it years ago because I tend to have poor circulation in my legs. But here’s the rub—I haven’t struggled with said issue in a while. So why did I don the green? I … have … no … idea. It’s inane.

• GSB Sun: The one thing I dig is the shirt. Or, put different, I’m a shirt loyalist. This one I bought in the late 1990s at an Oakland thrift shop. At the time it had sleeves, and dried-up blood by one of the letters. That struck me as sorta cool. I also have no remote idea what, exactly, GSB Sun means. But I’ve now word this as a marathon/half-marathon shirt myriad times.