Listening from the back seat 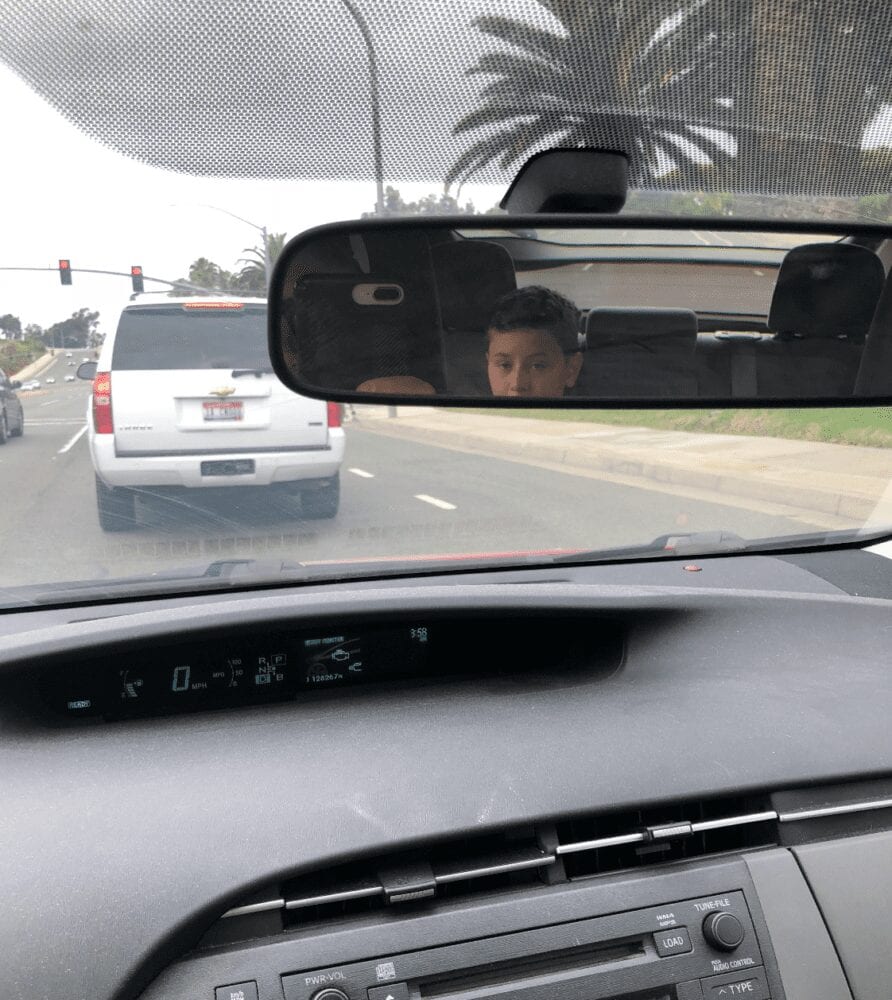 The question actually contains a simpler request—”Cue up ALL MIZZOULA FLY.” That’s the name of a playlist he and I have compiled over the past, oh, 1 1/2 years. It’s a 160-song, 11-hour-long gathering place for our favorite hip-hop tunes. And it’s elicited at least 10,000 conversations through the days and weeks and months.

Emmett, I am happy to report, is a hip-hop head. It’s the only genre of music he listens to, and much of that (I have to think) is a byproduct of our exposing him to the genre from a very young age. Back when he was a tyke, I’d play Snoop and Dr. Dre and Tupac, but when curses would come I’d reach over and drop the volume from 15 to 0. This would happen over and over again—extended arm, twist of the dial, then a return to 15 when enough seconds passed.

Ultimately, though, I stopped. First, because he was too young to understand, so the curses meant nothing. And second, because, well, why is cursing so bad? I’m not saying I want Emmett walking through camp saying, “Fuck this shit. I’m getting some motherfucking pizza.” But if he knows the words, understands the words, gets the meanings and origins—what’s so terrible? Hence, beginning at age, oh, 8, Emmett has absorbed the fucks and shits and bitches and on and on. He knows they’re not to be used. He gets the power and implications. Recently he said to the wife, “It’s like kids and wine in France. They’re exposed to it, so they don’t overuse it.” That was wise.

Best of all, we’ve had sooooo many discussions about hip-hop and the artists and their origins. I’d say, right now, Emmett leans toward Nas and Tupac—two artists with riveting backstories. So, for example, yesterday evening we played “I Ain’t Mad At Cha” a couple of times, and debated the meaning. We both think it’s funny how Shakur keeps saying he’s not angry with the people he’s actually tearing to pieces. “You a damn-ass bitch—but I ain’t mad at you.” Hmm …

So, yeah. Not a traditional method of parenting.

But one that’s been fruitful.