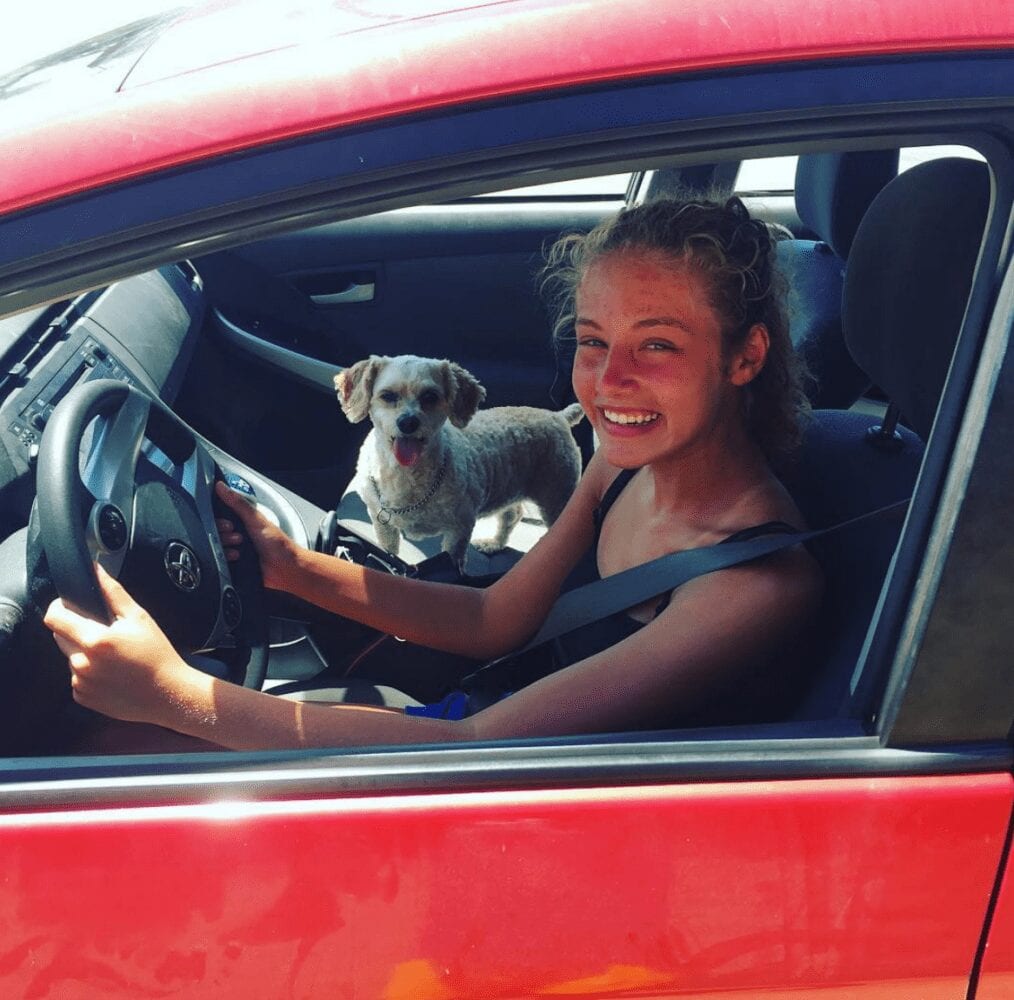 Back in 1988, shortly after my 16th birthday, my dad took me driving for the first time. We headed over to a nearby parking lot in the Datsun 510, and he let me sit behind the wheel. Then this (as described in my wedding program) happened …

It was a bad scene, and it probably haunted me for a spell. But, as the decades have passed, I’ve been able to put Baldwin Place behind me. Hell, I’ve actually had a relatively safe driving record. Some speeding tickets here and there. One really bad accident in terrible rain. But, otherwise, solid.

My daughter Casey turns 15 in a few weeks. Here in California, at 15 1/2 one can get per permit. We’ve been sorta slugging around the house lately, doing a whole lot of little. So I recently said, “Wanna work on driving?”

Today we took the first step.

We headed over to Saddleback College, which has some enormous parking lots. Once we reached one I jumped into the passenger seat, Norma the dog on lap. I spoke to Casey about mirrors, turn signals, gas and brake. Then, gently, she started to drive.

And it was … good. Fun. Some jerky jerkiness here and there. But I felt oddly safe. Even. As at times. She. Drove. A little. Like. This. That’s normal for a youngster.

After 15 or so minutes, we headed to a bigger lot. She parallel parked, drove around some poles. She was clearly a tad nervous—forehead and hands sweater than usual. But by the time we were done, I felt as if Casey Pearlman were on her way.