The weirdness of the anthem 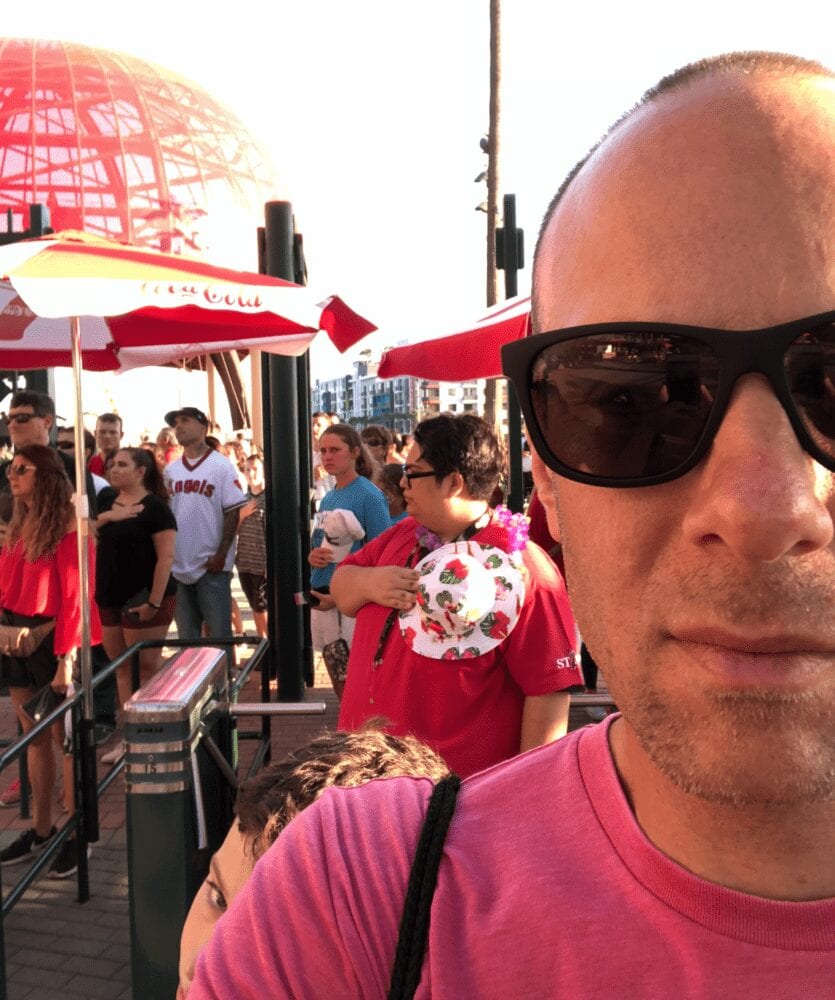 Took the above photo yesterday evening, as the son and I were entering the stadium for Mariners-Angels in Anaheim.

Everyone froze, and the employees all removed their caps to stand at attention.

I am a man who loves America. L-o-v-e-s. I truly do. But who, exactly, does my standing for the anthem, Hawaiian bucket hat over heart, benefit? Who does it pay tribute to? The men and women of the armed services don’t see me doing it. Vietnam POWs don’t see me doing it. George Washington and Benjamin Franklin don’t see me doing it. Plus, here’s what I (and others, I’m quite certain) are generally thinking during the song: I hope my seats are good. God, it’s hot. Whoa, check her out. Is Pujols playing first or DH? I hope this thing doesn’t go more than three hours? Tacos or chicken tenders?

Again, I love America. The opportunities that have been presented to me are otherworldly. But, as our greedy, never-gives-to-charity, lied-about-the-44th-president’s-birthplace, mocked-POWs, likely-colluded-with-Russia, is-pissed-because-the-NFL-never-wanted-him quasi-chief defines patriotism as an open worshiping of a symbol, I prefer to respect our nation the best way I know how.

Not by holding a Hawaiian bucket hat sponsored by a juice company over my heart.

No, by fighting for and upholding the principles of a nation in peril.