How the Rayshawn Jenkins profile came to be 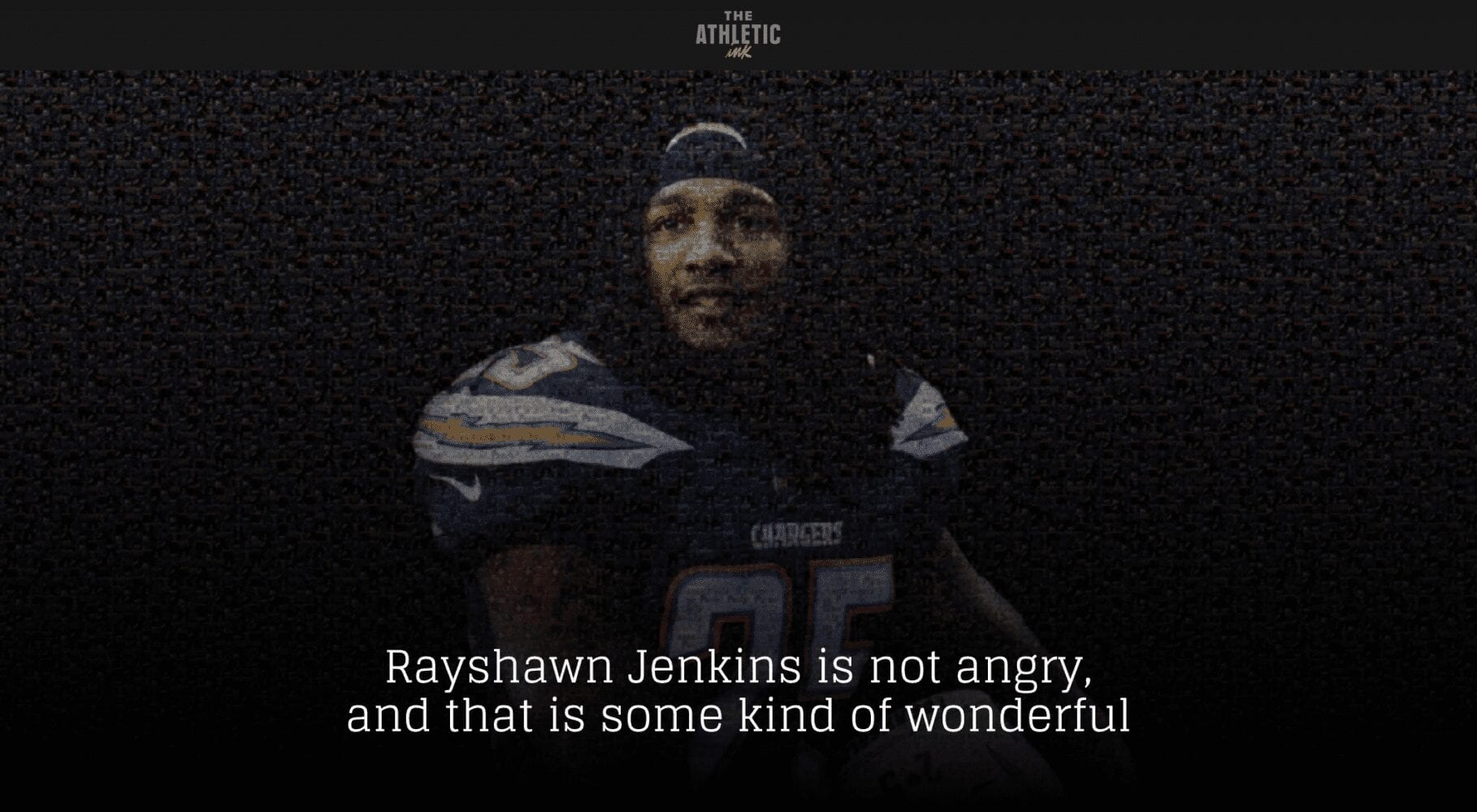 Not sure how people folks here subscribe to The Athletic (you should—it’s awesome), but today the site ran my lengthy piece on Rayshawn Jenkins, the Los Angeles Chargers’ second-year safety.

Thought I’d take a vacation break to explain some of the nooks and crannies.

So, first, I’d never heard of Rayshawn until last summer, when my son Emmett and I attended a Chargers’ training camp day. We didn’t know much about the team, so we scanned the roster and I told the boy to pick a player to root for. We both thought the name “Rayshawn” was cool. Plus, Emmett dug his hair. Hence, this …

We paid attention to Rayshawn’s rookie season. Not a ton, but enough to know that he was resigned primarily to special teams, and that he was one of 18 siblings. In the months that passed I started working for The Athletic, so a few weeks ago I figured, “Well, why not profile Rayshawn and his huge family?” I proceeded to reach out to the Chargers, who kindly told me to come out to a workout and meet with their (now) starting free safety after a practice.

I introduced myself, told Rayshawn about my son and the above Tweet. He remembered. We were sitting to the side of the field. Rayshawn was still in his blue jersey, sweat covering his forehead. I asked about the size of his family. Specifically, whether he could name all his siblings in order. It actually reminded me of the scene from “Good Will Hunting,” when Minnie Driver’s character asks Matt Damon to list his nine brothers in order. Only those siblings were not real. These are.

The names rolled off Rayshawn’s tongue, and I was going to ask all about it. But then, he started talking. And talking. And talking. About playing Ding Dong Ditch and kicking in doors for the pure sadistic joy of kicking in doors. About being kicked out of six elementary schools—two for throwing chairs are teachers. He told me about his mother—a woman he truly loves—spending three years in prison. He was refreshingly open and candid, and what a journalist does in these sort of settings is, well. very little. You listen, absorb, digest. You ask follow-ups.

You also realize, silently, that the story you thought you’d be telling isn’t the one that winds up on the screen.

Unfortunately, the interview was cut short. So that night I met Rayshawn at the Marriott in Irvine—the Chargers’ team hotel. I had nothing to do with Emmett, so he came along. Rayshawn was fantastic. He sat eating shrimp and noodles off a plate, and discussed the crazy improbability of it all. At one point Emmett asked me a question about Rayshawn’s college major. I said, “Ask him.” So he looked at the Charger and said, “So what is criminology?” Rayshawn gave a very informative answer, and later posed for a photo with the kid (Truth: I have never in my life asked for a picture from an athlete. Never. But this felt different. And I want Emmett to remember the lessons learned that evening. About hardship, courage, guts). 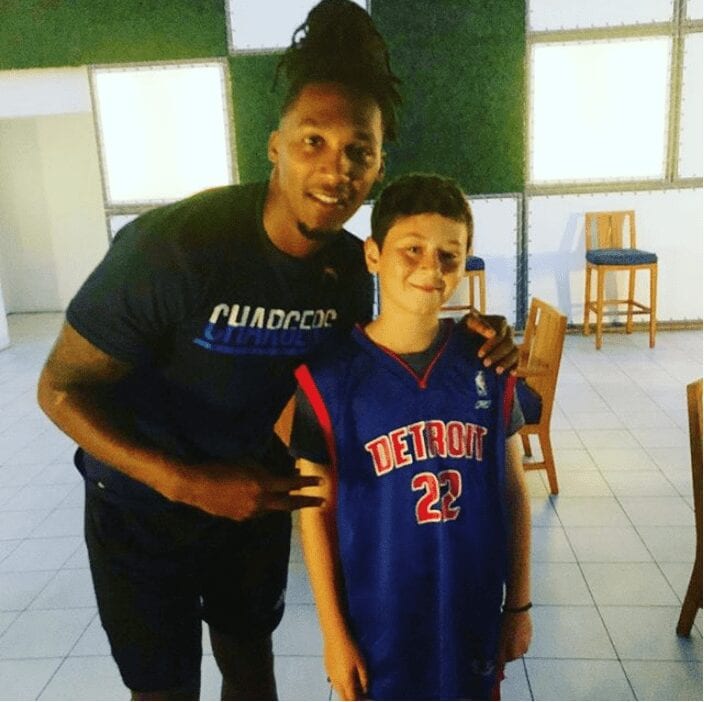 I started working on the piece, but needed more. So I returned to camp and lucked out—one of Rayshawn’s sisters was visiting, as well as Emily, his girlfriend and the mother of their 2-year-old son, Ace. So when Rayshawn had to take off, the three of us sat and chatted for another, oh, 30 minutes. They were candid and open and wonderful.

I actually have no idea whether Rayshawn will like the piece or not. I sent it to him; haven’t heard back. Sometimes seeing stuff in hardened words before you can be a bit jarring. Again—he loves his mother. So to read what she did, even though it was delivered via Rayshawn and his siblings, can be rough.

What I kept thinking through this process was the craziness of perception v. reality. We tend to see athletes as these magnificent stallions, galloping onto a field for battle. We know they’re well paid and famous and living out a fantasy.

Behind it all, however, is usually a story of struggle, difficulties, insurmountable odds.