The pride of Squirrel Hill 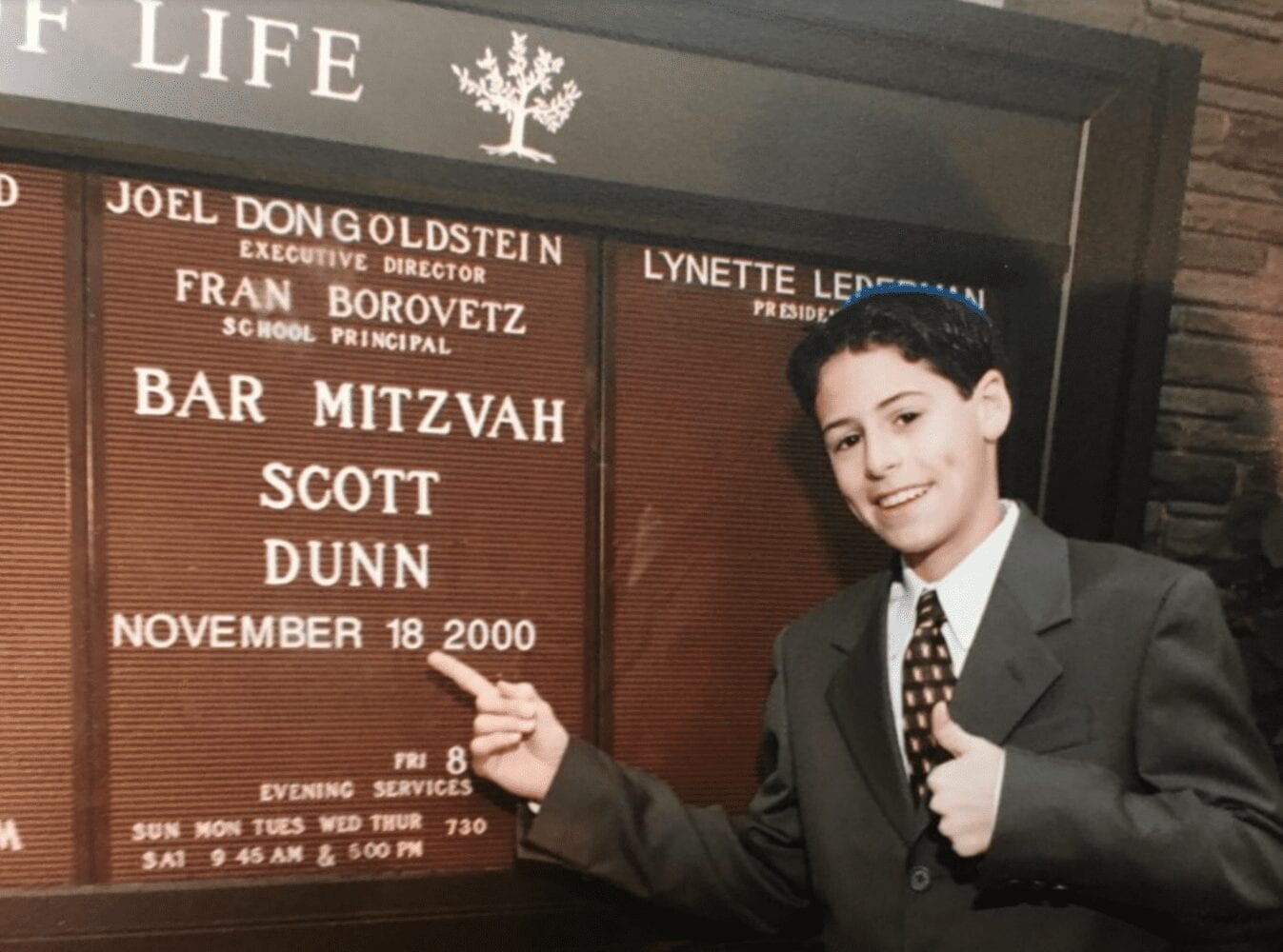 Scott Dunn, a media and technology professional who oversees business operations for a prominent digital media company, was born and raised in the Squirrel Hill neighborhood of Pittsburgh, and made his Bar Mitzvah at the Tree of Life Synagogue. He visits jeffpearlman.com to reflect on this weekend’s tragedy. You can follow Scott on Twitter here.

“Where in Pittsburgh are you from?” is the question we always hoped for next.

And when it arrived, we’d suddenly stand a bit taller, overcome with that familiar sense of pride that we’ve carried with us throughout our lives, ready to respond with confidence and even a slight smirk, as though we knew something they didn’t:

This weekend’s mass shooting at Tree of Life Synagogue doesn’t just hit close to home—it hit home. It is the reincarnation of Mr. Rogers’ Neighborhood. It’s the embodiment of the Jewish-American dream, and while we hear it almost ad nauseam in 2018, I’ll say it once more, and loudly, for everyone in the back…

It’s the last place you’d expect to be a target of terror.

If Pleasantville were inspired by a real town, I’d like to think Squirrel. Hill helped write the script. Let me explain. I was born in the very same hospital as my closest friends … some on the exact day. We went to the same schools together. We attended the same summer camp together. We learned how to catch a baseball and shoot a jump shot together. We experienced love, loss and all of life’s greatest milestones and hardships, together.  Around the clock, year-round, there we were, side by side.

It’s a level of community that can’t be taught, but rather is embedded in the ethos of this cozy little town we gleefully call Squirrel Hill. A suburb weirdly placed in the heart of the city. Not quite east coast. Not so much Midwest. Simply … Pittsburgh.

While I could go on forever, pulling out memory after memory as if they were sacred mementos locked inside a chest only to be unveiled in the greatest of circumstances, there is one moment that stands out above the rest. A moment we were taught to look forward to at the youngest of ages. A moment we, unbeknownst to us at the time, would help shape us for future years to come.

That moment was our bar mitzvah, and for most of us, that bar mitzvah was held on the corner of Wilkins and Shady Ave inside of an idyllic little temple we proudly call Tree of Life.

I’ll admit it. Growing up, I really disliked attending synagogue. I was a rambunctious, boisterous young kid, and I could only sit still if one were to dangle M&M’s in front of my face. It was tough to sit idle for hours on end while my friends were out exploring some of the most remote pockets and corners of the synagogue. I felt like I was constantly missing out, and for that reason, I resented attending services for most of my childhood years.

The thing was, my father was strict about my staying put and not running off with my friends because he knew something that I wouldn’t learn until a much later age. That my ancestors sacrificed too much just so I could sit among my community and exercise that very right to participate in the Jewish faith. I’m greatly appreciative of those memories, as frustrating as they might have been at the time.

All of those years culminated on the morning of November 18, 2000,  when I proudly recited my haftorah to the entire community of Squirrel Hill. The crowd cheered me on as I would make the next leap of my journey from child to man in the eyes of the Jewish religion. The day was filled with laughter, tears, dancing and a smorgasbord of all of the Jewish delicacies one could possibly dream of.

It was a thrill and, undoubtedly, my most cherished memory of my 20-plus years as a congregant of Tree of Life Synagogue.

On the morning of October 27, as I awoke in my New York City apartment to the sound of my nearby iPhone vibrating off the bedside table, my world, and overall perception of my childhood synagogue, would dramatically change forever.

There are many adjectives I’d readily use to best explain my current state of emotions.

I could perhaps say I feel violated, that a place I once called my second home was infiltrated by the truest form of evil. Treated as if it were nothing less than a backyard shooting range.

I could perhaps say I feel irate, that Squirrel Hill’s pristine reputation, one that took decades to build with delicate care, now sits among a list representing the manifestation of true terror come to life.

I could perhaps say I feel guilty, that two of my greatest friends are grieving after suffering unimaginable loss while my family—due to the fortune of sheer luck—was spared.

I could use many words, because quite frankly, I’ve experienced them all in a whirlwind of a 48-hour period. However, as the gravity of the situation continues to unwind. As the numbness paves its way for reality. As shock turns to sorrow, there is but one word I am left with.

I could not be more proud of where I come from, now more than ever. This weekend’s events have the power to fracture a community beyond repair. We have chosen the alternative path, one that involves love over hate. Community over tribalism. Accountability over finger-pointing.

We’ll pick up the pieces and move forward. I’ll come back to New York City after a week of healing and get back to the life that I’ve established here. The beauty of my job is that it affords me the opportunity to meet so many different people across this country. Among the many pleasantries that are met in these typical conversations is one question in particular that always seems to jump start dialogue.

“So where are you from?”

And as I’ve done countless times before. I plan to stand up straight, face glowing with a smirk across my face. With immense pride and unbridled faith, I look forward to looking them in the eye, as though I know something they don’t, and responding with simply:

A GoFundMe page was created to help the victims of the shooting. Visit here for more information.