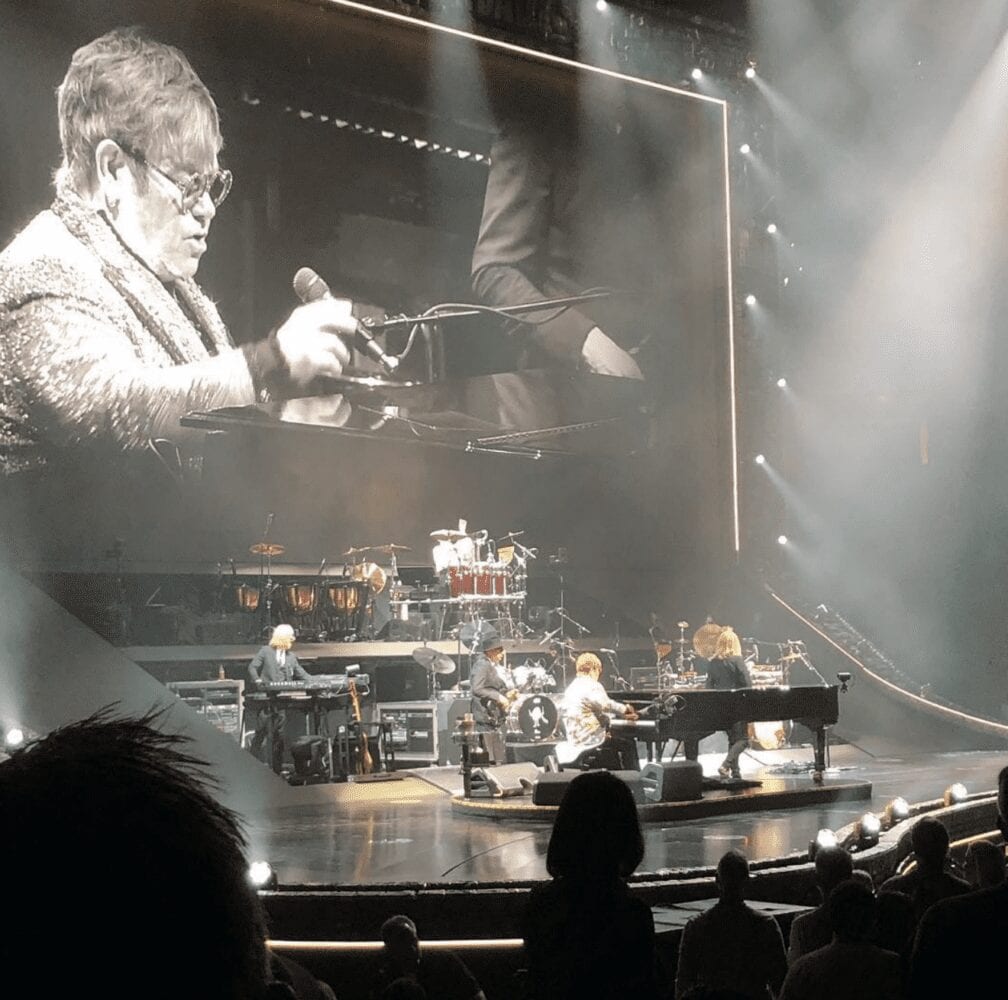 So earlier tonight my lovely mother in law was kind enough to take me, my wife and my sister-in-law to see Elton John perform in Sunrise, Florida. It was an early stop on his Farewell Yellow Brick Road tour—supposedly the last concert run of his legendary 50-year career.

Now, to be clear, I’m not an enormous Elton John fan. I certainly respect his music, and the holy trinity of “Amoreena,” “Levon” and “Mona Lisas and Mad Hatters” is as good a trio as a living artist has to offer. But too much of his catalogue strikes me as cheesy, thin, lame, flat. It’s quality elevator music; great for the dental chair, but not must-hear stuff (The wife would disagree—strongly—with this take).

And yet … I was mesmerized. First, despite being 71 and overweight and (apparently) sick with a cold of some sort, John brought it. He played for a solid 2 hours, 40 minutes, and it was bam-bam-bam-bam. Song after song after song. Second, he still has it. I’m not saying Elton at 71 offers the same chops as Elton at 31, but his voice maintains its richness. Many singers hit their 60s/70s and continue to try and hit notes no longer within their grasp (Paging Hall … Mr. Daryl Hall). John, on the other hand, seems well aware of what he can and can’t do. His performance of “Daniel,” for example, was tender and precise; gentle and emotional. Just really, really, really on point. Third, he’s engaging. And fun. And sort of a ham. OK, he’s no longer running left and right, jumping atop the piano. But John has a unique charisma that oozes from the stage. It feels as if he’s talking to you. Looking at you.

Best of all, the show served as a proper farewell to legend. Whether you love Elton John or loathe him, there are certain generations that have grown and existed and evolved with his sounds. When I hear “I’m Still Standing,” I think of summer camp. When I hear “Sad Songs,” I think of elementary school. When I hear “Tiny Dancer,” I think of Almost Famous. Most singers don’t have that level of impact. They come, they go—we fail to take long-term notice. But Elton John is an iconic legacy artist. His music matters. Hell, his career matters.

I am better for the experience.

PrevPreviousRoger Alan Nichols
NextThe dick at the end of the rowNext