No one has ever been this cool 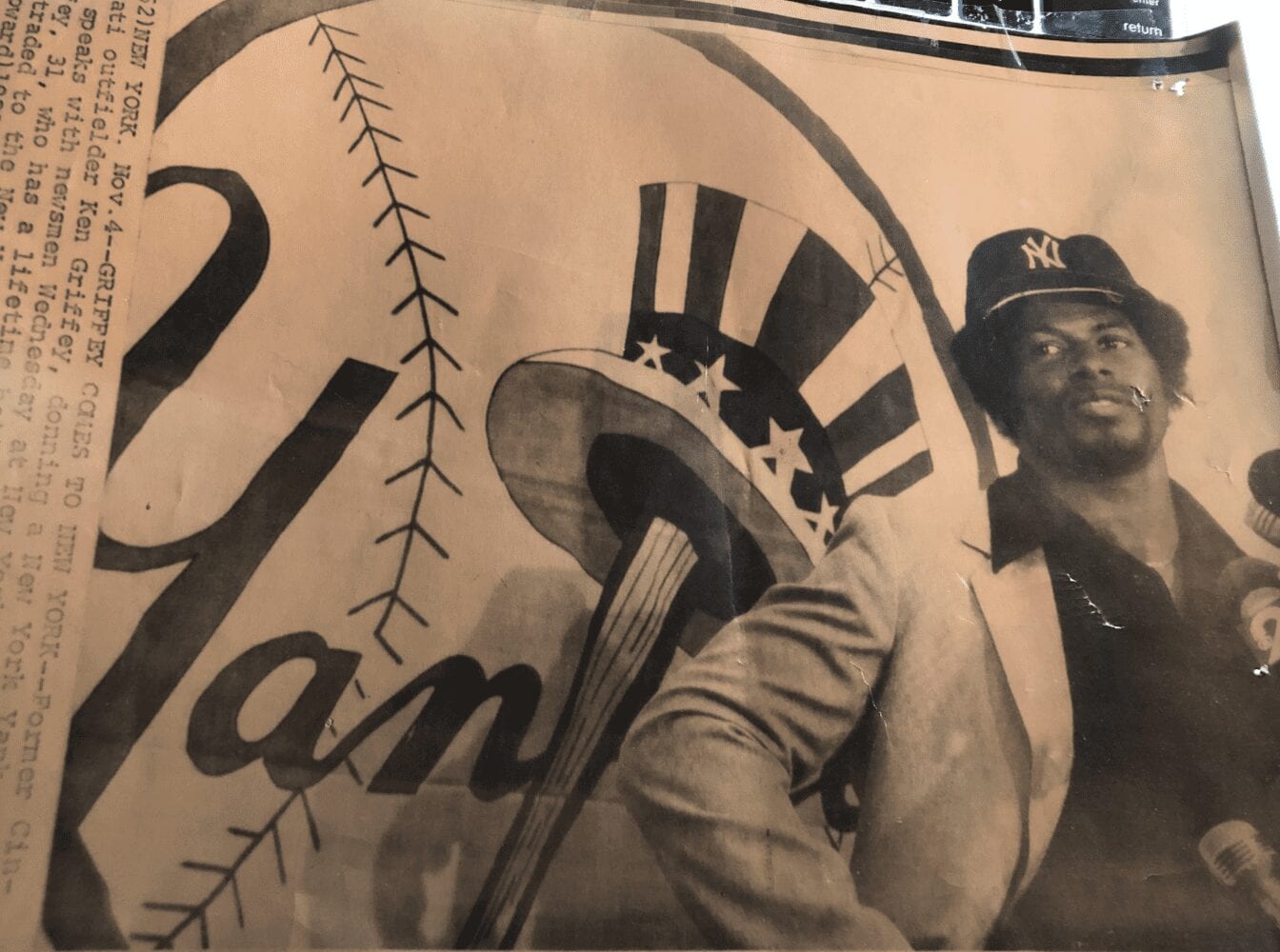 So the above photograph hangs in my office. I believe (yikes) I sorta, eh, swiped it from the Sports Illustrated library years ago. It was taken Nov. 4, 1981, and features my favorite boyhood ballplayer, Ken Griffey, Sr., on the day he was introduced as a New York Yankee.

In my eyes, no one has ever again reached this level of coolness.

Hell, look at Griffey. The hat sitting atop a puffed-up Afro. The shirt, buttoned open to just such a level. The gold chain. The dark shirt with the beige jacket. The body language—”Yeah, I’m rich and playing for the Yankees. What do you do?” The logo. The casual expression. The microphones, anxious to pick up his words.

Yes, Griffey will go on to have the worst season of his career—hitting .277 with just 10 stolen bases for a dysfunctional Yankee club. But … who cares? I wanted to be Ken Griffey, Sr., and I proceeded to buy all of his baseball cards, form a mini-fan club and scream out his name alongside my grandparents during blissful spring training visits back when the organization was in Ft. Lauderdale.

More than two decades later, I was in the Cincinnati Reds clubhouse when a writer, the great Hal McCoy, introduced me to Griffey.

I’ve asked questions of presidents and movie stars and Hall of Famers from all sorts of sports.

Never, however, have I been speechless.

Save for that moment, with Ken Griffey, Sr.

The coolest dude ever.