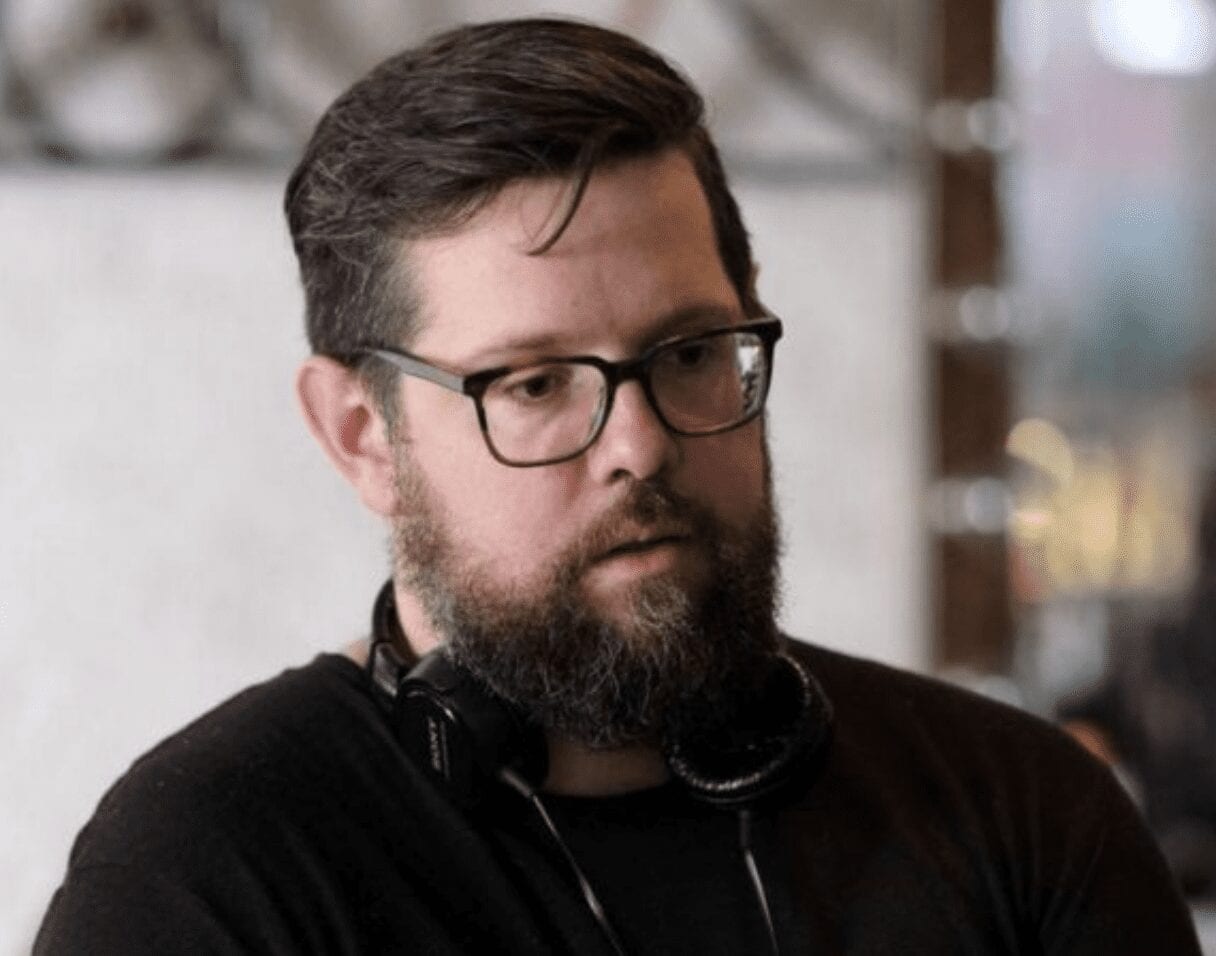 Sorry for the negativity.

Two years ago, the TV program he created, “Downward Dog,” kicked ass. It premiered at Sundance (a first for a network prigram), and was listed as one of the best shows of 2017 by the New York Times, Los Angeles Times, Collider, AV Club and Vox. Then, after eight episodes, ABC decided the show needed to be cancelled. Because, somewhere, the soulless number crunchers decided that, according to the portfolio ratio of the accounting figures pertaining to the abstract estimates of …

To be blunt, Hodges is a genius. Check out his website to see all the amazing commercials and shows that have emerged from his brain.

Then read the Quaz …

SAMM HODGES: Well, yes and no. For me, coming from advertising, Hollywood has been a step up for sure. We have a union!

And with Downward Dog, all eight originally ordered did air as designed, and we got a season two order from ABC, but things fell apart on the studio side—which I’m still a little confused about… so in that way, yes it sucks.

But then again, anyone who ever has a show on television is super lucky, even if it’s brief.

J.P.: Being serious—the show was funny, original, terrific. But also expensive. And that appears to be what doomed it. But that also seems simplistic. So what happened?

It was always a long shot. When we sold to ABC, they were interested in doing more ‘Netflix style’ content. This is back in 2015, when ‘Netflix style’ meant ‘grounded, high-quality.’

In the end, Michael Killen and I (he’s the co-creator) made what we set out to make, and, with a talking dog show, as our first fore into television, we’re happy to have made a single season we’re proud of, given the alternatives.

I mean, we were the first network comedy to debut at Sundance! I regret nothing. 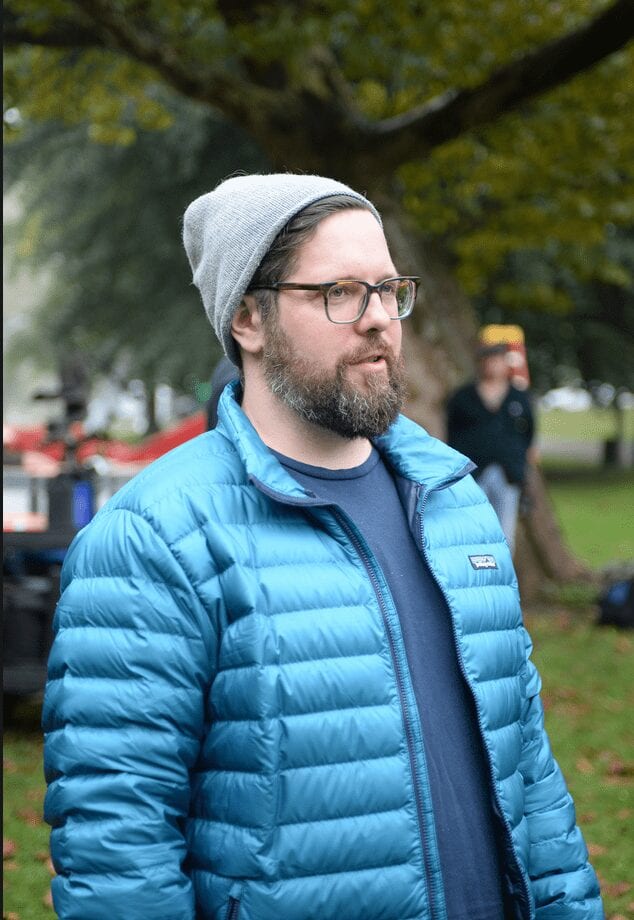 J.P.: OK, so I’m reading your bio and this sentence leaps from the page—” He dropped out of Bible college in 2007 and just hasn’t been able to find the time to go back.” Um … please explain.

S.H.: I once was lost, by now I’m found. Except backwards?

I came from a super religious home and was ‘on fire for Jesus’ in 2003… but then over time, I started to realize that life was more complicated than the narratives I’d grown up with would suggest.

J.P.: I’ve had my books optioned for film, oh, a dozen times. And nothing has ever happened. You faced tons of rejection on “Downward Dog” before it saw the light. How did you not lose your shit? Lose hope? I’m actually being serious, because it’s been a struggle for me.

S.H.: You know, the success was harder, in the moment, than the rejection, just because of the amount of pressure. We really were thrown into the fire, and I had some really tough moments

I guess the rejection was almost more expected.

But I wasn’t on the end you are. Books that are optioned often sit on the shelf for decades and there’s zero rush. At least in my case, I can actively take steps to produce the things I’m writing. 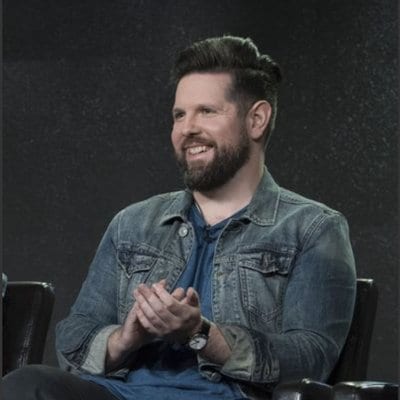 J.P.: You directed a visually stunning commercial for Red Bull called “Flight.” This fascinates me. Like, where did the concept come from? How much of commercial work is your vision v. theirs? And even though it’s a sales pitch, can a commercial give you true satisfaction? Or is it about the dough?

S.H.: Commercials are, for me, experiments. I still do them, and if you don’t need them to artistically fulfill you, they’re great. It’s amazing practice – a trial run for set and managing expectations and growing in communication skills… all stuff that’s invaluable.

And each commercial is different, so you get to explore new visual style, camera tricks, new actors, etc.

J.P.: How did this happen for you? Like, why film and TV? Was there a lightbulb moment in your life? A sliver in time that sent you in this direction?

Look, most people in Hollywood come from money/Ivy League colleges. That’s not my story. But my manager is a guy who came from a similar background as me, and I think that helped him connect to my story and work. But the truth is, if he hadn’t walked into the office where I was working and saw the things I was making, I wouldn’t be doing the projects I’m working on today.

J.P.: You’re very political on Twitter—which I love. But I wonder, as a guy trying to establish himself, if there’s a risk of turning people off? Potential employers? Viewers? Is that something to consider? Does it not matter?

S.H.: Ha, well I’m trying to be way more positive this year. I’m a naturally opinionated person, but I’m not always proud of my relationship with social media, and it’s something I’m very much evaluating. Less in terms of turning off employers or viewers, more in terms of my own personal mental health and whether or not I’m contributing to the already incredibly acerbic “conversation” happening online. 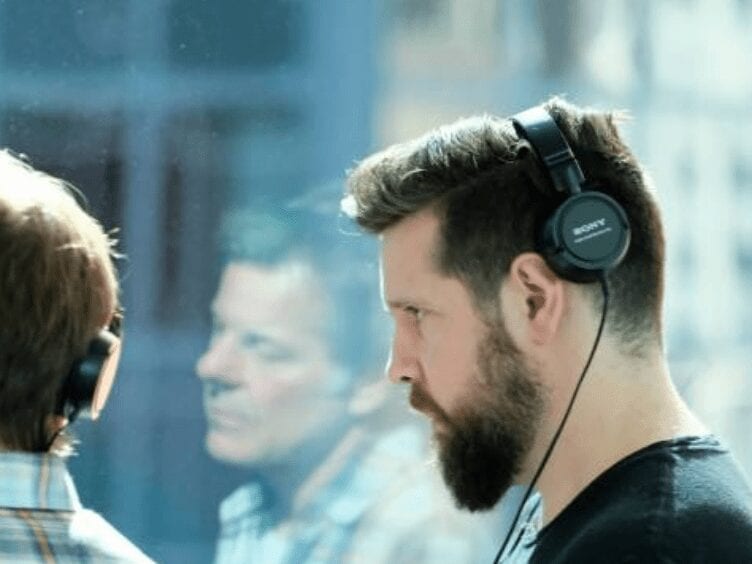 J.P.: What’s your writing process? You have an idea. You wanna do something with it. What happens next?

S.H.: Uhhh … depends. Sketch out some ideas, day dream on it. Then call my agent or manager or a producer I really like and try to pitch it to them, see if it sticks. Then, if it gets a laugh or peaks some interest, go write something, draw something, render something – depends … just take if forward and see if my interest flags. I think a good idea is like a blood trail – it’s leading you somewhere. Sometimes it gets lost, then a year later, you find it again.

Sometimes I just go start shooting something and then regret it later.

S.H.: Greatest moment of my career was live tweeting Downward Dog with fans, hearing from them, getting fan art in the mail, just seeing how it impacted people’s lives. Lowest point was during the pilot process for the same show, when it all looked like it was falling apart and it was all my fault and I felt very unfunny and everything was terrible.

S.H.: You know, something really cool was getting to cast Nichelle Nichols in Downward Dog. She played Uhura in the original Star Trek, and was for many people, the first woman of color they ever saw on TV. Truly a living legend, and it was an incredible honor to get to work with her.

• What sort of impact has the two Ms in Samm had on your life?: I am googleable (:

• Rank in order (favorite to least): Andy Van Slyke, Allison Tolman, Kyrsten Sinema‏, Nikita Kucherov, Wesley Snipes, Barenaked Ladies, Chuck D, ugly slippers, Sharpies, Adrian Grenier: I don’t have opinions about most of these people, but I love Allison and Barenaked Ladies. There’s no reason for slippers to be ugly, and sharpies make a nice sound on paper, so they can’t be all bad.

• Five reasons one should make Pittsburgh his/her next vacation destination?: 1. The neighborhoods. Its such a historic city, and you’ll feel like a time traveler. Get lost, end up at a polish grocer or a fish fry in a catholic church basement.; 2. Cheep beer. Best dives in the country. Some of these dives have (probably illegal) beers for less than a buck. Yuengling!; 3. The Mattress Factory! One of the coolest art museums in the country and just blocks from my old house. Yayoi Kusama before she was famous!; 4. Everyone knows everyone. If you’re there for a week, you’ll already be running into someone you know and feel like a local; 5. Paige Dairy Mart. Yelp that shit.

• Who are the five greatest dog actors of your lifetime?: Haha see, I’m not really a dog movie guy! Dogs are great! They all win!

• What’s the movie scene that makes you cry?: Malcom X makes me cry every goddamn time I watch it.

And I can’t even finish Beasts of The Southern Wild.

• Tell me three things about one of your cousins: I only have 5 cousins! But Kate was a voice actor in A Bug’s Life, has a twin sister, and left LA to move back to Santa Barbara so I’ll never forgive her.

• In exactly 18 words, make a case for TGI Friday’s: I’ve been here twice and you know exactly what you’re getting, even if you have never been there.

• If you’re Jack, and you’re in the water freezing, why not at least try jumping onto the door and lying next to Rose?: Because Jack knows that Rose has a lot of emotional baggage to work out, and their lives will end in inevitable bickering about whether or not to have children, which makes the water seem not quite so bad really.

• The Mets haveadded Robinson Cano. How will that impact your family?: I have no idea  what this means!

PrevPreviousOlivia Jade is having a bad day. And I’m comfortable with that.
NextI want a tattooNext