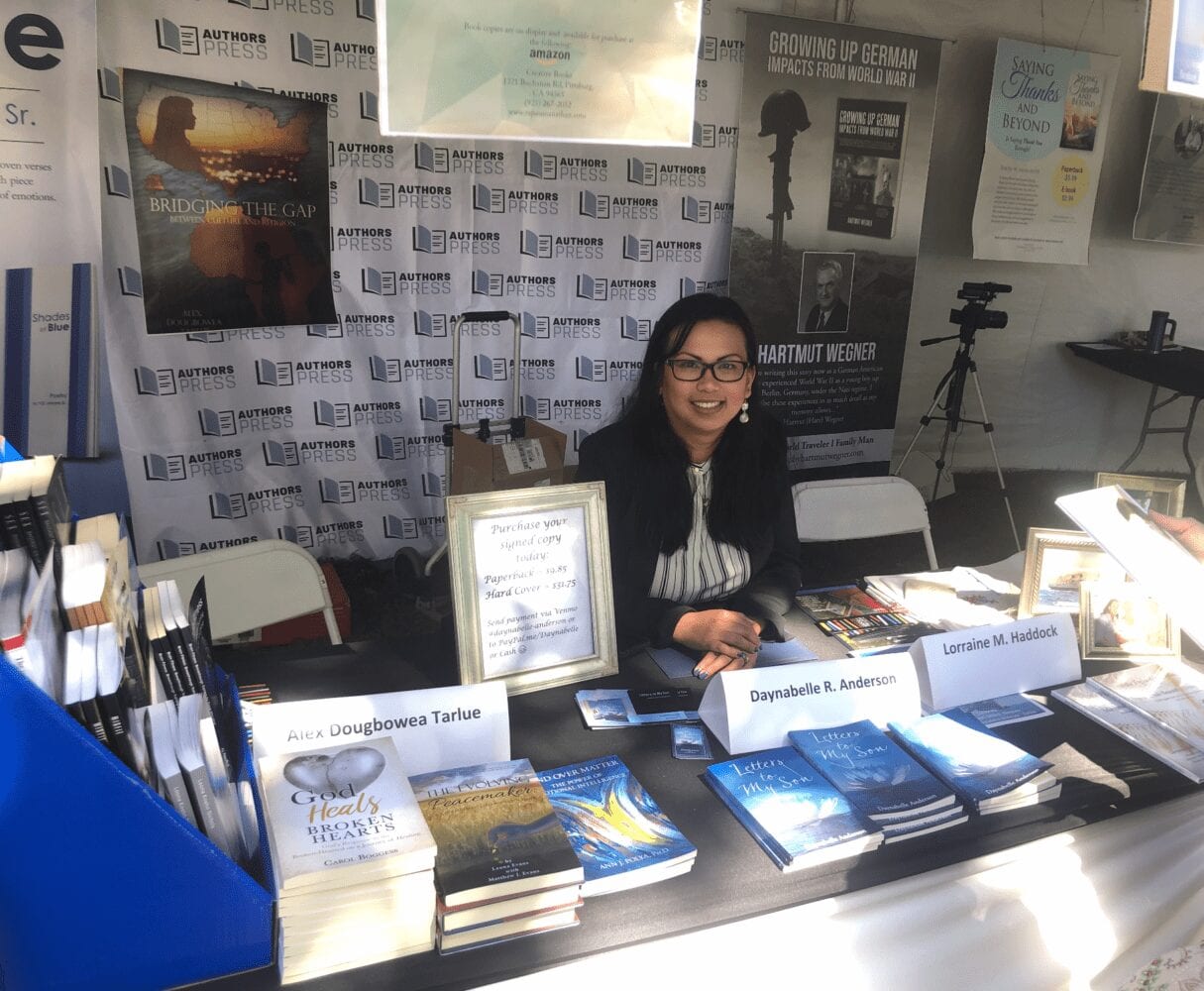 So yesterday the son and I drove up to LA to attend the annual Los Angeles Times Festival of Books—probably my favorite event in the world.

Held on the USC campus over an April weekend, the festival is just this huge, sprawling ode to reading and writing. It’s tons of authors, tons of book lovers, tons of merchants—merging in one spot to celebrate the printed word. There are vendors, events, music, sellers. There are also shitloads of authors inside rented tents, trying to bring attention to their work. That’s actually the most interesting part of it all for me: Seeing scribes from myriad walks of life trying to get people to approach their tables and plunk down coin.

Anyhow, Emmett and I roamed the campus, and I told him I wanted to interview different writers to have a quick bonus episode of my podcast, Two Writers Slinging Yang, on the highs and lows of peddling lit. I went from tent to tent, collecting quirky anecdotes, laughing, giggling. Fun, fun, fun. Then I approached a woman named Daynabelle R. Anderson, who was sitting at a table by herself.

I introduced myself, told her what I was doing, would she mind answering some quick questions …

“Of course,” she replied.

“What’s your book about?” I asked.

“I lost my child three years ago,” she said. “I wrote a book with the letters I wrote to him.”

And that was that.

You can’t ask a woman like Daynabelle R. Anderson goofy questions about book PR. Not after what she went through. Not after hearing the topic. Not after looking her in the eyes. So instead, I told Emmett to hang tight for 20 minutes, and we sat and chatted. She was wonderful, sincere, real, and that’s why the new episode isn’t nearly as goofy as intended.