It’s not fake just because you don’t like it 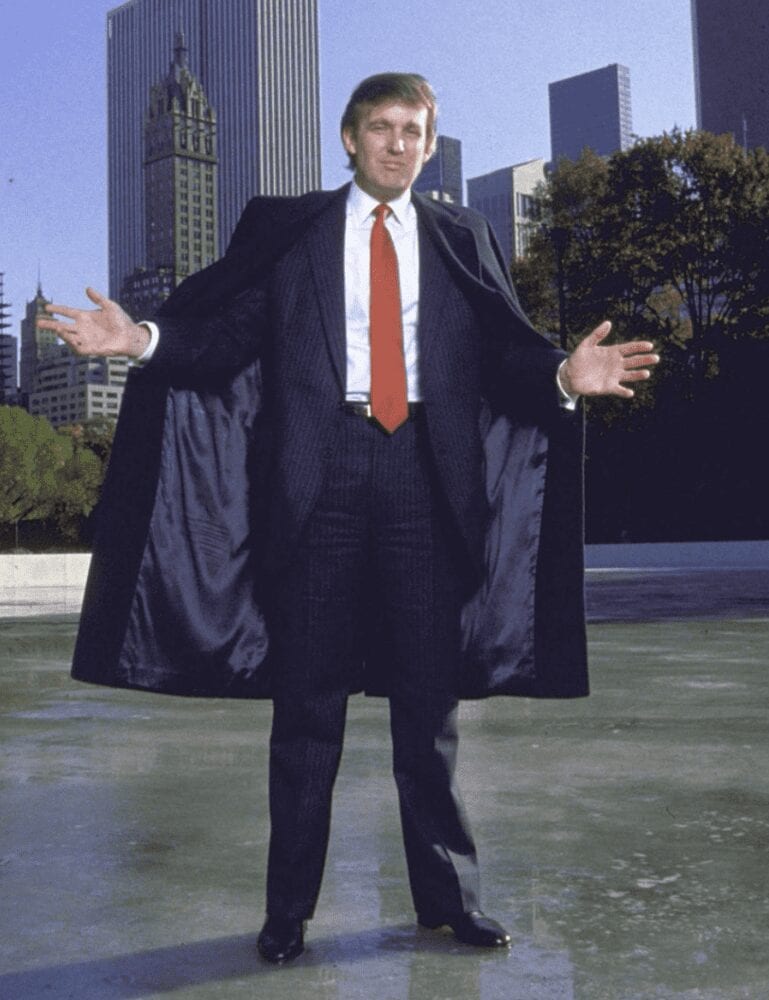 So I was wrapping up the semester today at Chapman University, the school where I teach a class and advise the student newspaper. A student alerted me to the following Tweet, set into the universe by a member of the school’s Young Republicans … 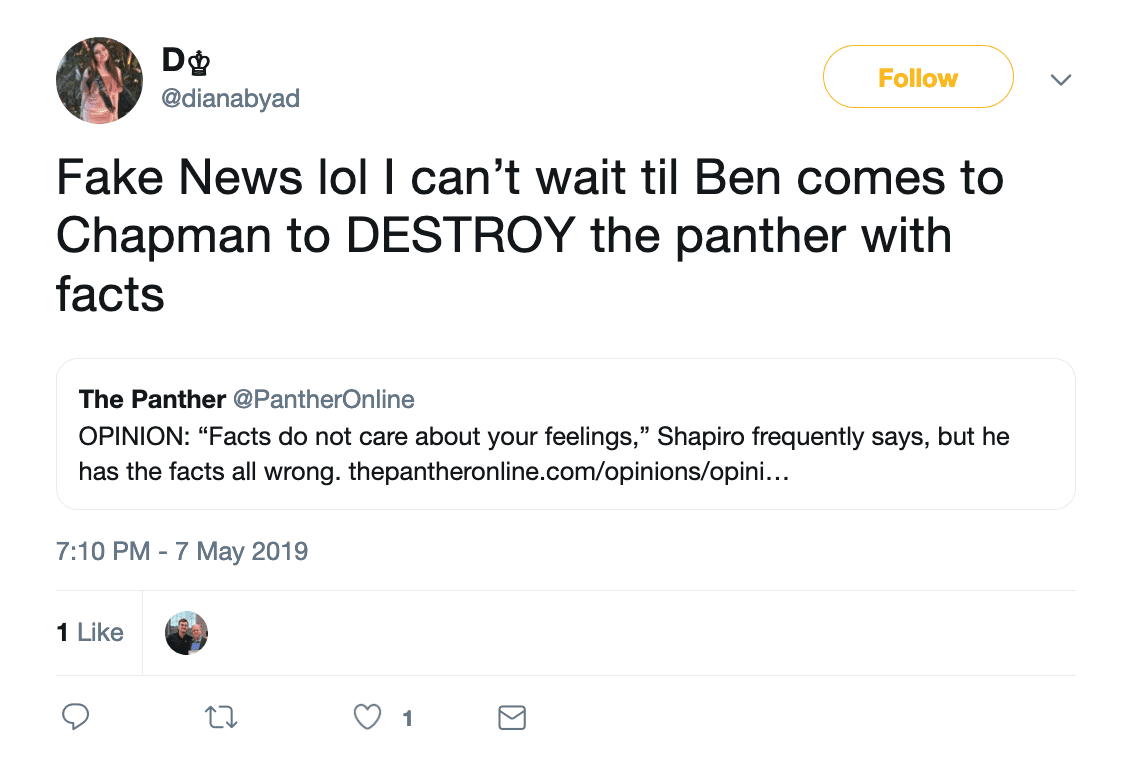 And I felt genuinely sad.

Case in point—Diana Byad referring to this piece as “fake news.” First, this can’t be “fake” because it’s an opinion. It’s what a student thinks. How she perceives something. An opinion isn’t fake, unless someone is lying about their opinion.

Second, this was a guest piece submitted to the student paper. So “destroy the Panther with facts” makes no sense, because the writer doesn’t even work for the paper. So, um, what?

Most important, #fakenews shouldn’t be a thing. Not by the left, not by the right. It has been brought to us by a man who hung fake Time magazine covers in his golf clubs; who spent 4 1/2 years insisting the sitting president of the United States was a Kenyan-born Muslim; who lied repeatedly about his financial history; who lied about Mexico paying for a wall; who lied about a Boy Scouts leader calling him to apologize; who lied about inaugural figures.