The man pictured above is an Alabama state senator named Clyde Chambliss.

I know … I know—harsh take. But how else is there to read the intent of a man who, earlier today, said, “When God creates the miracle of life inside a woman’s womb, it is not our place as human beings to extinguish that life”? Chambliss was explaining why, in the voted-upon-today-by-the-Alabama Senate bill that all but bans abortion in Alabama, no exceptions are made for rape or incest. Because, in Clyde Chambliss World, God’s will is God’s will. And if your Uncle Bob waits until his brother leaves the house, then rapes you, well, God and Jesus and Mary and the whole gang were surely there to bless this sacred event. And the only way we, the people, can honor Him is by bringing said baby to life. And forcing the baby’s mother/cousin to raise him. And re-live that experience every … single … day … until … death.

Here’s the even better part: Clyde Chambliss is for lower taxes. Always for lower taxes. Less spending. More money in your pocket. Less money for programs that help the poorest in Alabama. Who (awkward moment for Clyde here) will be those most impacted by the abortion ban. Because while white folks with money (like Clyde) can always do what they do with an unwanted pregnancy (speak out against it in church on Sunday, fly to Chicago to the private clinic under a fake name on Monday), the poorest Alabamians will have no choice but to either: A. End the pregnancy with some Advil, a swig of rum and a coat hanger or B. Give birth in poverty, raise the child in even greater poverty, endure all the hell that is a dirt-poor state run by wealthy white conservatives who ban abortion, then cut funding for programs that help women raise their children.

But don’t worry. Really, don’t worry. Clyde has served three terms as a deacon at Heritage Baptist Church in Prattville.

His thoughts and prayers are surely with you.

PS: This is from Clyde’s website. He has three daughters. None were adopted. Luckily, there’ll be more kids available than ever before. Good luck, Clyde … 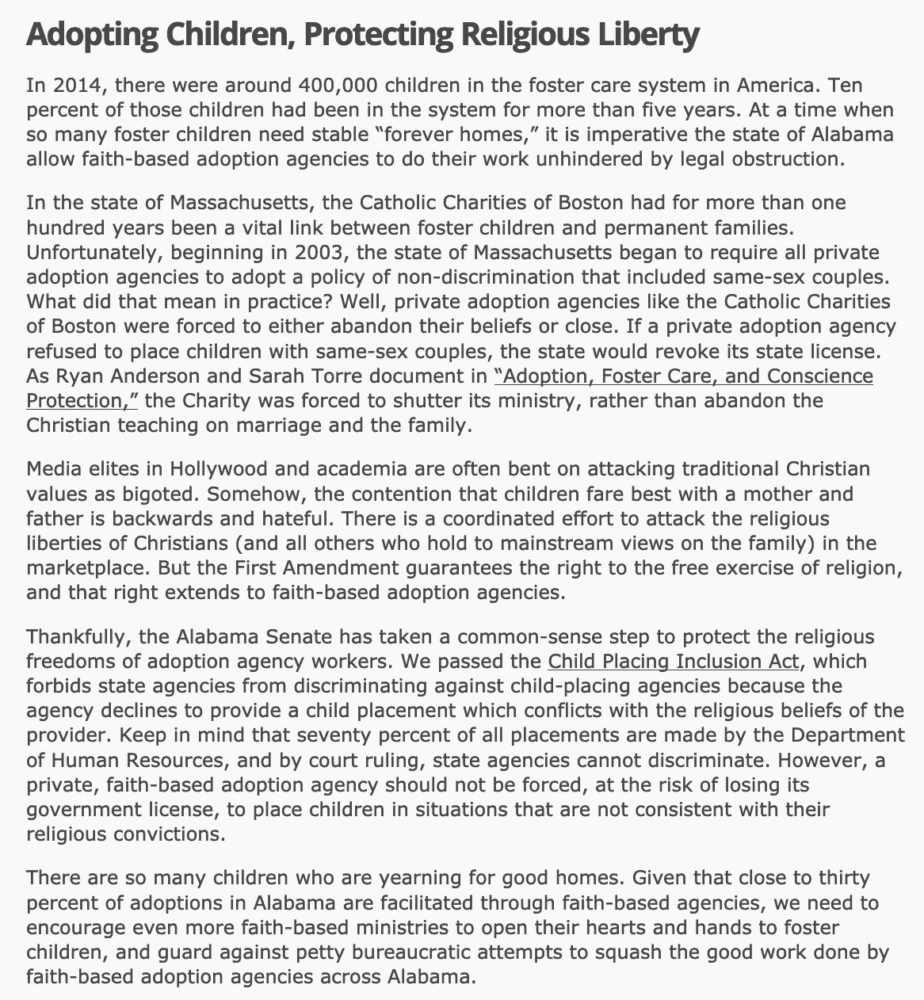