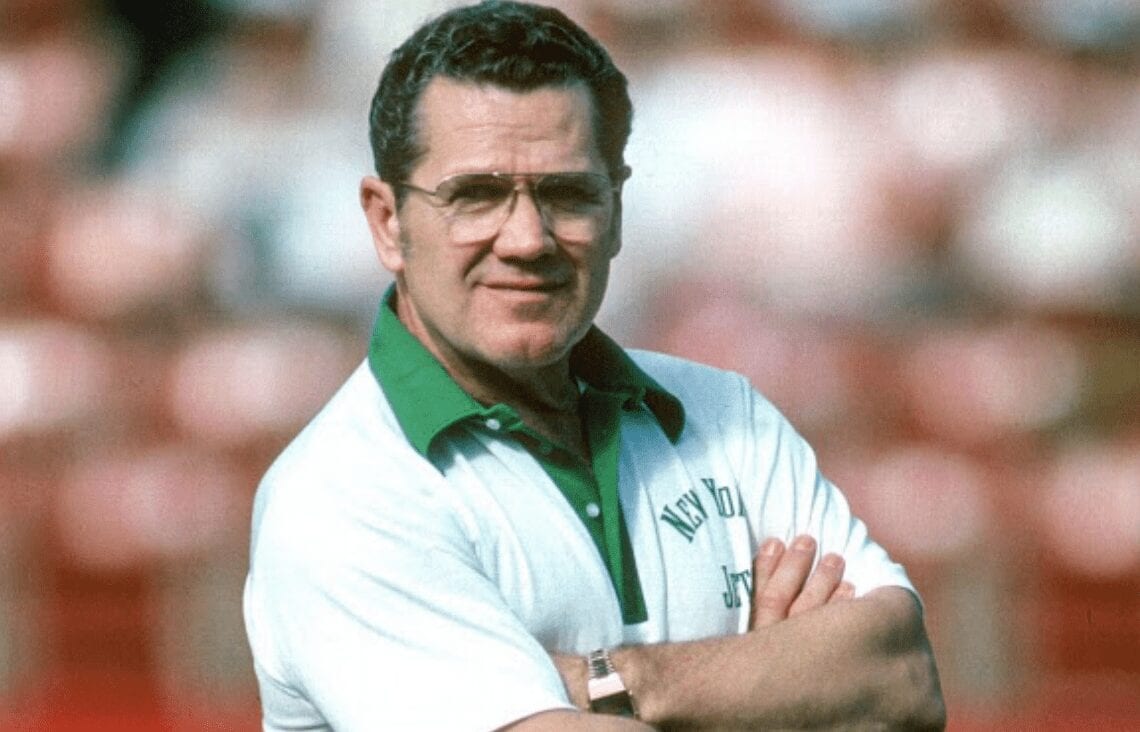 Read an obituary a few minutes ago for Walt Michaels, the long-ago New York Jets coach who died two days ago at age 89.

The piece, written by Frank Litsky, was perfect. Michaels’ was your prototypical old-school gridiron man’s man who would berate his players, demand his guys practice through 120-degree days, never flinch when it came to confrontation. He was shaped like a keg, walked like a bull, took shit from no one and believed in a certain life codes like the one his father once offered him—”Don’t tell me if the sea was stormy. Just tell me if you brought home the ship.”

Anyhow, as much as I loved the final look at Walt Michaels, I also found myself hung up on one line. Namely: “… died on Wednesday at a nursing home in Plains, Pa.”

The image of Walt Michaels in a nursing home breaks my heart. And maybe it shouldn’t. Maybe Walt Michaels was the happiest nursing home resident on the planet. Maybe his final years were spent playing shuffle board and taking cha-cha lessons and leading a Joe Klecko-themed discussion group. Maybe Walt Michaels fell in love with a fellow resident. Maube they were the cute old couple waddling down the hall, holding hands as they prepared for canasta.

More likely, however, is that Walt Michaels—like so many football players before him—was a shell. That he was broken and battered and half aware. I’ve seen it so many times. In and of itself, the senior citizen years are tough. But add on a decade of having your brain beaten in; your body ravaged; your fingers crushed and your toes trampled. I’ve witnessed many sad things in 47 years. But the image of the thrown-aside aged football player? The worst.

I read those words—”… died on Wednesday at a nursing home in Plains, Pa.”—and immediately pictured Walt Michaels mumbling to himself, a nurse saying in that pre-school teacher type of way, “Walt here used to be a football coach!” as he sat slouched in a wheelchair, thinking of nothing, a bit of lunch’s pea soup dribbling off his chin.

Walt Michaels died on Wednesday at a nursing home in Plains, Pa.

It breaks my heart.

PrevPrevious“Women have vaginas. And they scare me.”
NextThe burning crossNext