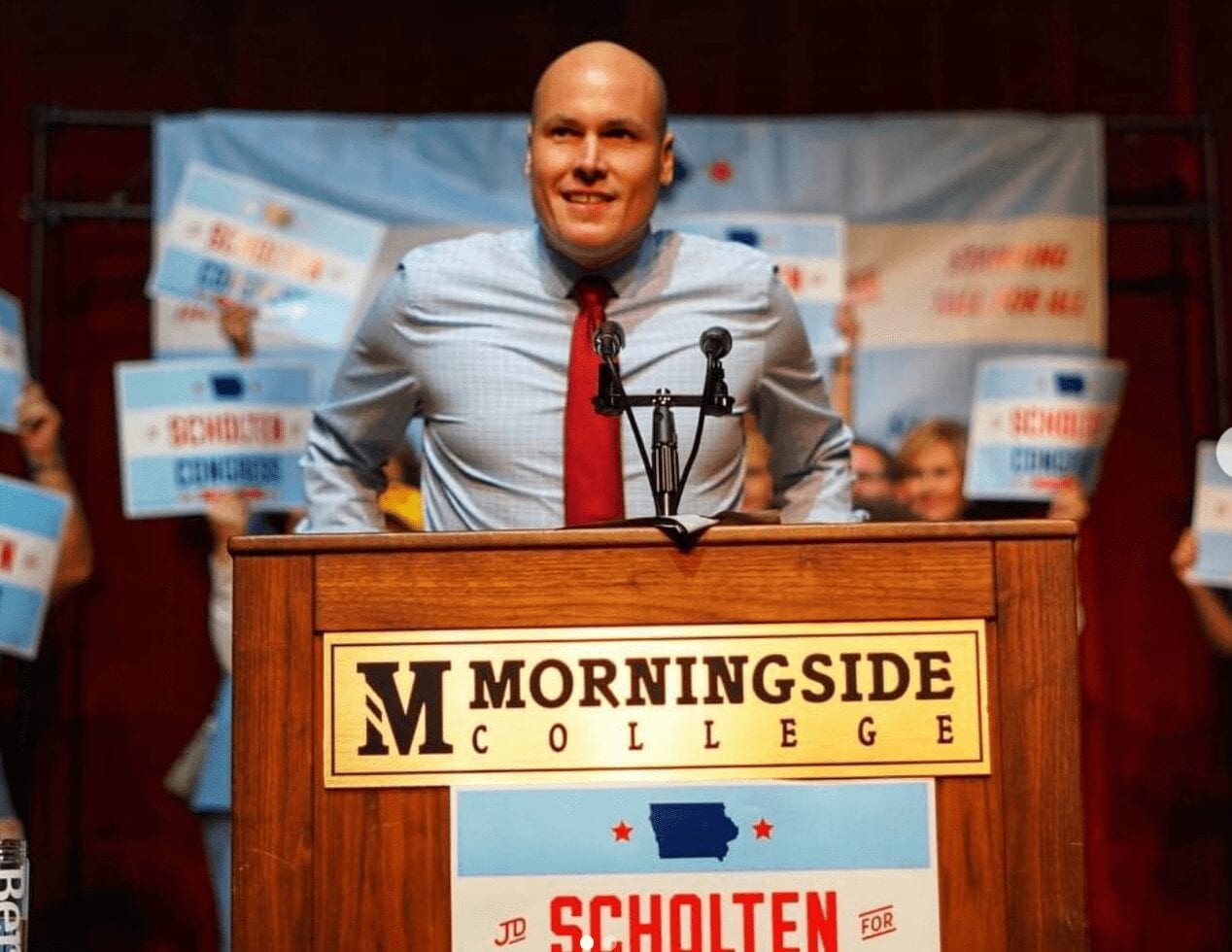 If you’re a fan of quirky, unexpected journeys, J.D. Scholten is your guy.

Once upon a time, he was an obscure Division II pitcher at Morningside College. Then he was a significantly-less-obscure pitcher for the University Nebraska’s entrant into the College World Series. Then, two years ago, he nearly upended Steve King in an Iowa congressional race. It would have been an upset for the ages. Instead, it was a defeat that—in Scholten’s mind—shows how the Democrats need to approach 2020.

JEFF PEARLMAN: So J.D., you’re a lifelong Iowan and a Democrat. You live in a red state. I am beginning to feel v-e-r-y negative about our party’s chance to unseat Donald Trump in 2020. What about you? How do you feel?

J.D. SCHOLTEN: I’m very worried about the 2020 Presidential election. That’s why as the candidates come to Western Iowa, I am working with them and their campaigns. If a campaign can do well in a place like Iowa’s 4th district, they can win.

J.P.: In 2018 you ran against Steve King—notorious racist and xenophobe—for his congressional seat. You lost narrowly in a heavily Republican region. What did you learn that the Democrats can utilize in 2020?

J.P.: I’m always fascinated by this—what was it like, the call to King to concede? Is that awkward? Weird? In the course of an election, do you build up a dislike that sorta relaxes at the end? Is it hatred? If you saw him now, would you be friendly?

J.S.: It sucked. However, it was the first election night that he had to wait for the outcome. His campaign blocked media from his event. Meanwhile, we had a keg and welcomed everyone.

When I got him on the phone, he seemed a little anxious. I don’t know if anyone has ever called him personally when they conceded.

J.P.: I’m starting to wonder whether we’re decent? We, as people? Because we keep voting for racists and bigots, we keep falling for conmen; we applaud hatred? Not all of us, obviously, but so many. So, do you still have faith in humanity?

J.S.: I disagree. I feel the people of Iowa’s fourth district are good people. He gets re-elected because there are 70,000 more registered Republicans than Democrats. King is totally different in the district. His controversies don’t always penetrate the district. The more people are aware of his ideology, the more people are turning their backs to him. 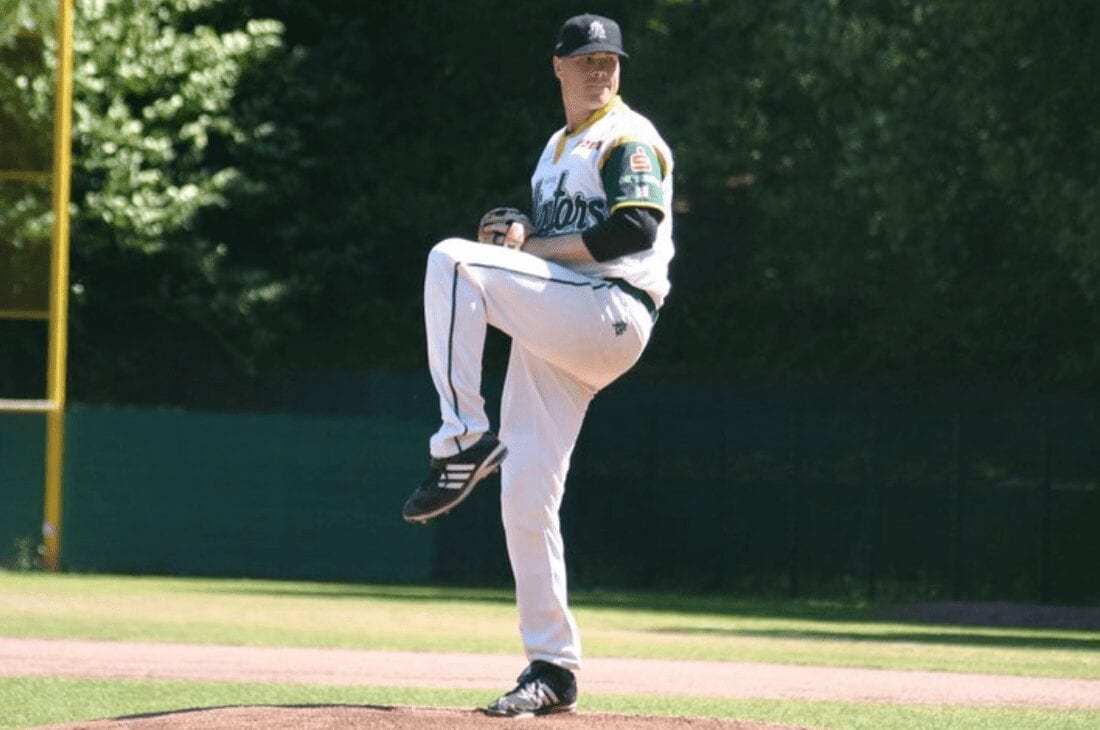 J.P.: Fascinated by your sports career—you pitched for three seasons at Morningside College, a small school in the Great Plains Athletic Conference. Then, as a senior, you’re at the University of Nebraska playing in the College World Series. How did you make that leap? Why? And how big was the talent jump?

J.S.: Morningside was Division II and a member of the North Central Conference when I went there. Out of high school, I had several Division I offers but my dad was the coach at Morningside. I couldn’t pass up an opportunity to play for him. After my junior year, I had a chance to get drafted but I turned it down. I did all I could at the Division II level and I wanted an opportunity to play not only Division I but on a top team. We were ranked in the top 8 all year and being in the CWS was a dream of mine.

J.P.: You went on to pitch a bunch of seasons of independent ball—including your last year, 2007, with the Sioux City Explorers. You appeared in 27 games and went 0-2 with an 8.25 ERA. Obviously not ideal. How did you decided to give up baseball? Was there a moment? A lightbulb?

J.S.: The irony was that the start of the year was the best I had in pro-ball. My first few outings were dominant but things went south. Baseball will always be the best and worst job I have ever had. I just had a moment where I knew I wasn’t helping the team and after doing everything I could to change the direction I ultimately decided it was best to walk away. I miss it everyday.

J.S.: Being on a team that made it to the College World Series will always have a place in my heart. I also had a chance to play 10 days of exhibition games in Cuba against some of their top teams. It was one of my favorite memories on and off the field.

There’s not one specific event that’s a low. Having to ride a 10 hour bus ride when you can barely lift your arm above your head knowing you’re on the bump that night takes its toll. Minor league baseball is very isolating. Not only are you competing against the other teams, you’re competing against your teammates in trying to advance. 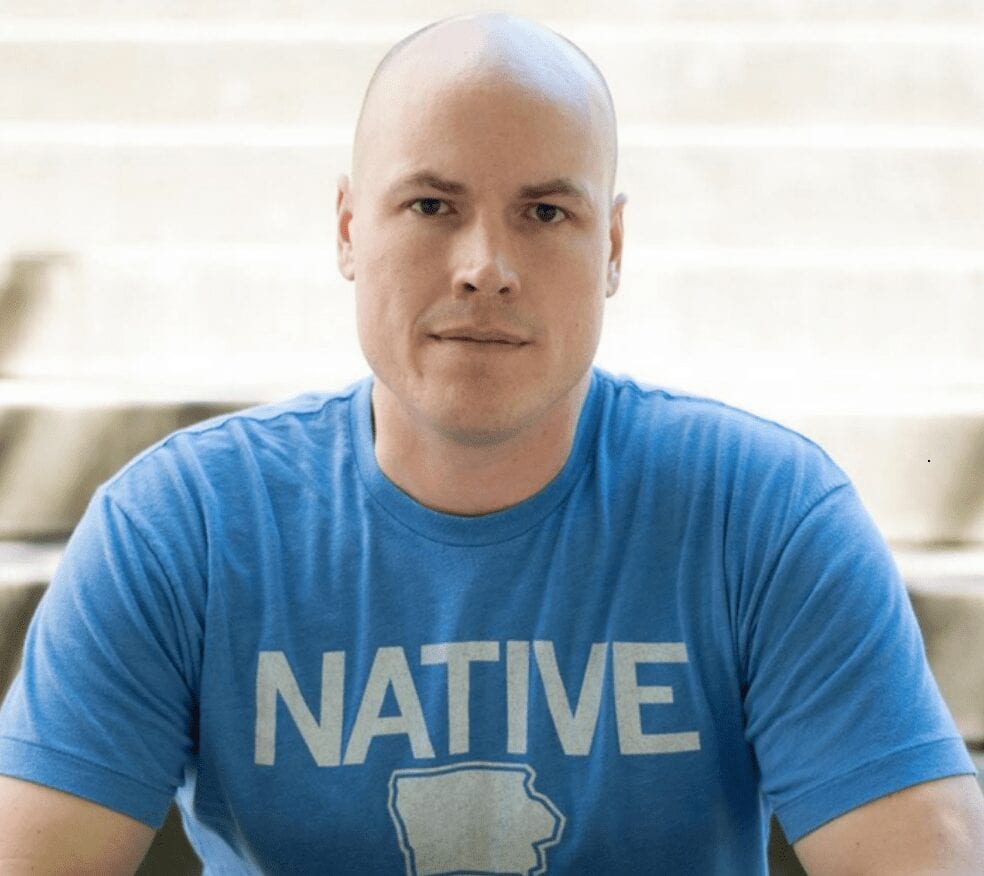 J.P.: How did you recover from losing the election? All that time, all that effort, all those speeches—then, pfft. Just seems insanely tough.

J.S.: Baseball taught me a life lesson of never getting too high or too low. Going into Election Night, we all gave it everything we had and I accepted whatever the outcome would be.

The night before the election, Sage Rosenfels and I played pick-up basketball at the Iowa State rec center. Mentally, that put me in a good place for the next day. We also went 5-0, by the way.

J.P.: According to your website, in October, 2002 you took a 20 hour one-way bus ride to protest the Iraq war. What’s the story behind that? Why? How?

J.S.: I was done with my eligibility but finishing up some classes. At the same time I was training to break into pro ball. I saw that Nebraskans for Peace were gathering folks to go to DC to protest the potential war with Iraq and I felt called to go. It was an amazing experience. I was taking a photography class that semester and I was able to take some cool photos that I still have to this day.

J.P.: So I’m a New Yorker, and one thing that kills me–just kills me—about Trump is his bullshit after 9.11. For example, he’s now said repeatedly he was at Ground Zero helping the search. He’s said he saw Muslims celebrating atop buildings in Jersey City. He took $150,000 from a fund for small business recovery. Yet none of it sticks. Ever. Why? And how do we make it stick?

J.S.: We need to ask the Republicans who are elected officials about these things. It’s the same with Steve King. The people who are going to put King in his place aren’t Democrats, it’s Senator Grassley, Senator Ernst or Governor Reynolds. 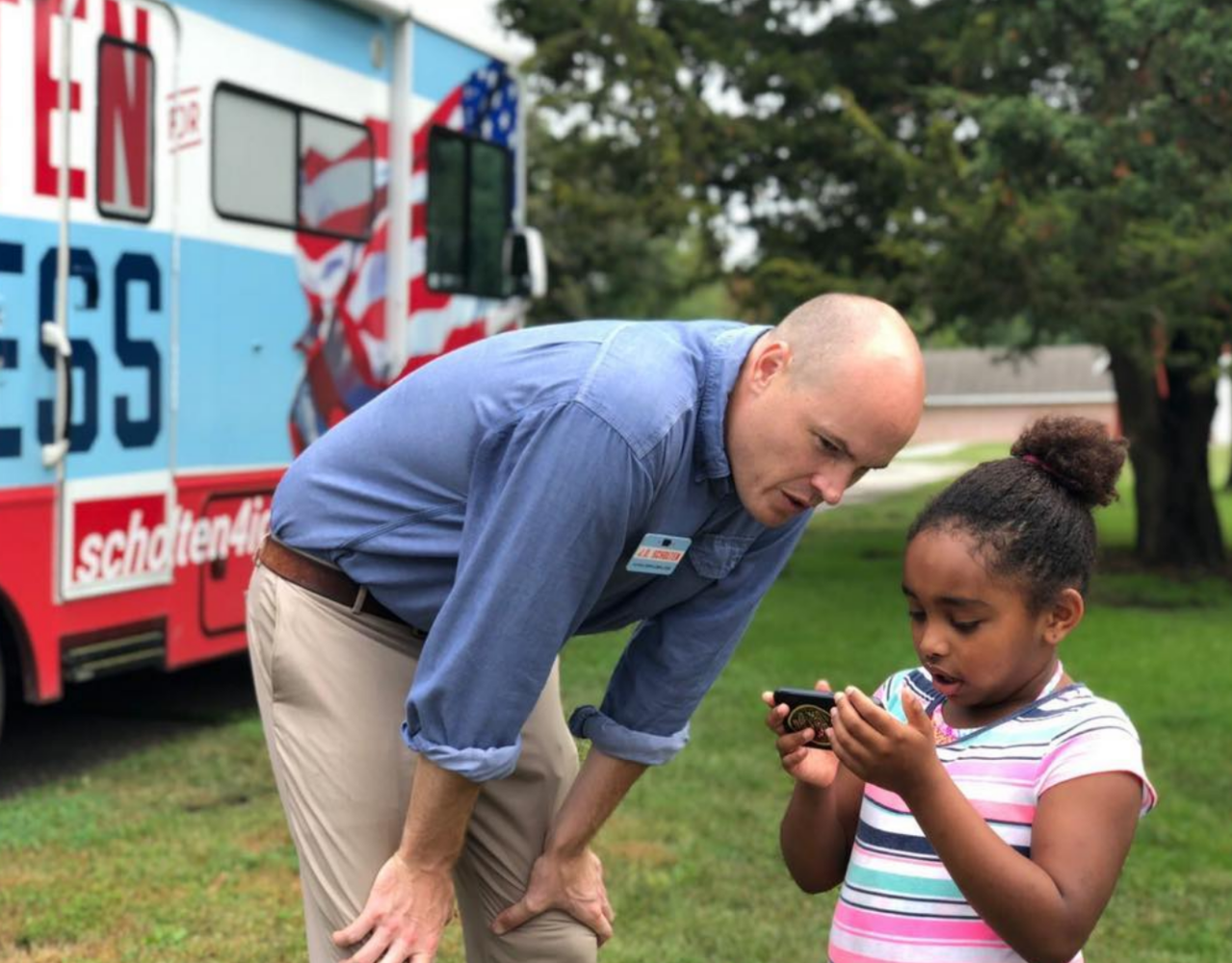 • The world needs to know—what was it like having J.J. Burress as a teammate?: Do you know J.J.? That dude was scrappy!

• Three of your secret talents?: Sudoku master – there’s only one sudoku that I have started and wasn’t able to finish (because the paper was thrown away); I have a thing where I can remember driving directions after going to a place one time; I am a good card player (e.g. Rummy, Spade, Hearts…).

• The ideal 2020 Democratic ticket would be …: Yet to be determined.

• Ever thought you were about to die in a plane crash? If so, what do you recall?: Flashes of good memories of family and friends.

• Three reasons one should make Sioux City, Iowa his/her next vacation destination?: -Charlie Boys at Miles Inn, -Saturday in the Park, -To volunteer for a campaign

• Three grossest foods in the world?: The two that stand out to me are some of those really smelly French cheeses and some of the bizarre fish dishes from Japan.

• What’s your favorite Snoop Dogg lyric?: From Gin & Juice: “With so much drama in the L-B-C, it’s kinda hard being Snoop D-O-double G”

• My wife is addicted to reality TV. How can I stop this?: My girlfriend is too. No clue.

PrevPreviousI blinked. And now my daughter is 16.
NextThis morning the president played golfNext