This morning the president played golf

He teed off less than 12 hours after nine died in Dayton.

There are things presidents traditionally do on the days following national tragedies. Oftentimes they speak from the Rose Garden. They reassure a grieving nation that, somehow, justice will be served and life will carry on. They write letters to the families of the victims. They hop on a plane and rush to the scene. They hug and they embrace and they let the bereaved know that a country stands behind them.

It was at his club in New Jersey, part of a weekend getaway. He shot 18 holes, waved, smiled, wore his red USA hat with a flag embroidered on the side. He had nothing to say about the two tragedies besides these few Tweets … 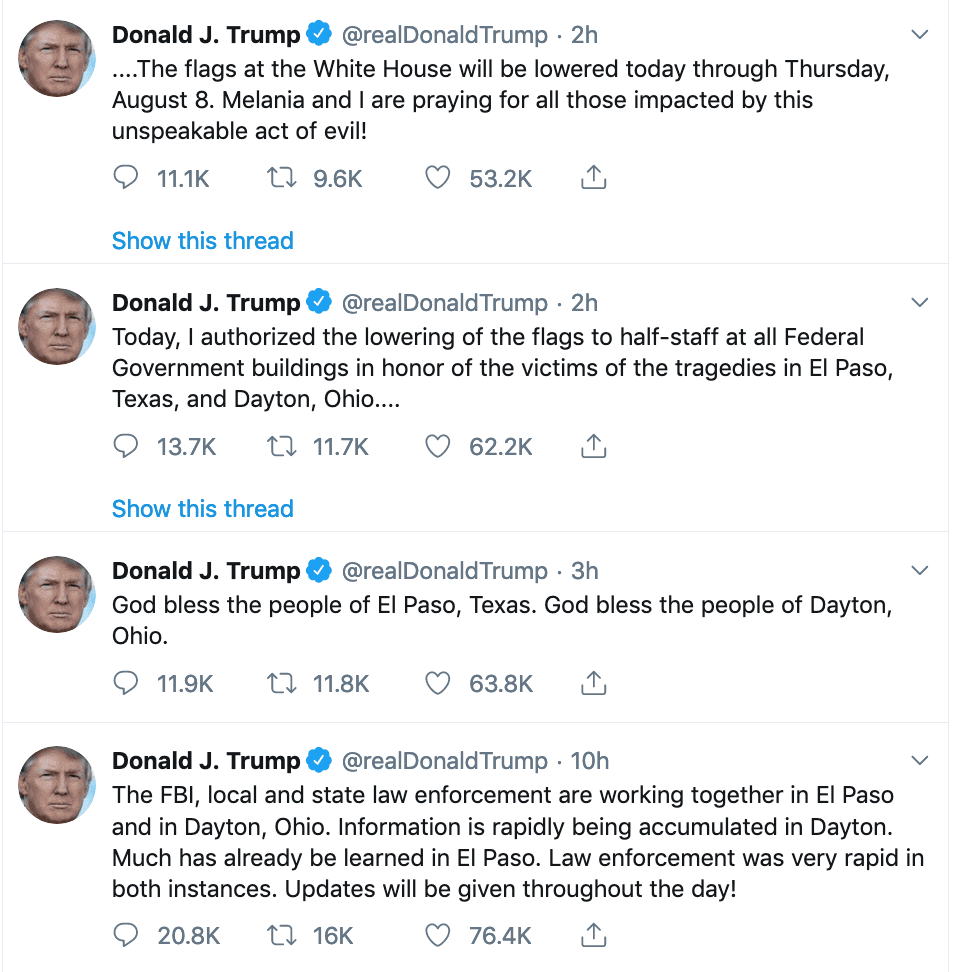 … and, really, what could he say? When a man lacks empathy; when a man is all about feeding his own ego; when a man fuels the very hate that is cited in 20 of the deaths—what words would work? What sentiments would soften the blow? Plus, the 29 people who died weren’t famous rappers or big-money donors; they weren’t MAGA-screaming loyalists or members of the Kardashian family. We don’t even know if they voted for Donald Trump.

So, truly, why would he care? Why would he cancel his plans and address a horrifying situation that calls for compassion and understanding and a human touch?

It was the best he could do.