The little you know … 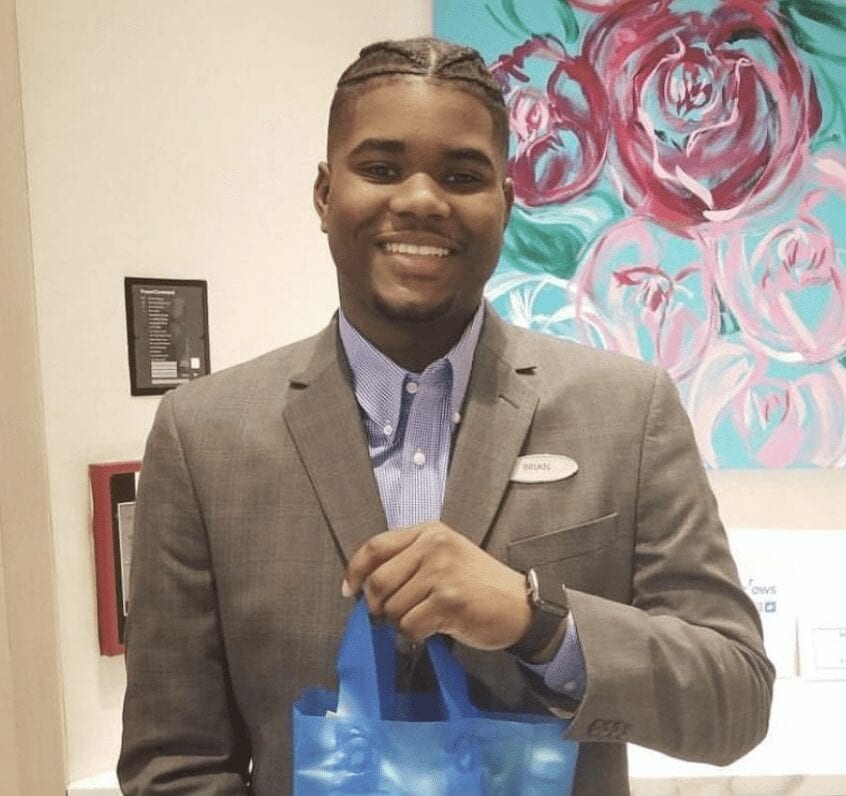 Brian Turnbull is a longtime Pearlman family friend. As we speak, he is battling Stage 3 Hodgkin Lymphoma. He’s a great guy, and I asked him to do some writing here. So first is an introduction, then a Brian Turnbull poetic original, “The Little You Know the Better.” One can follow Brian on Twitter here.

My first job was cleaning the fat off thighs and picking the feather off wings in the back of Popeyes Louisiana Kitchen located in the Bronx.

I was 16-years old. By the time I turned 18 I had moved up to lead cook. I had once dreamed of playing in the NBA, but as the bad decisions piled up that hope deflated and I was kicked off the high school basketball team (barred, really, is the proper term). You see, basketball was my safe haven, my happy place. Somewhere I could let my emotions go and think freely.

What happens to a person when his happy place or safe haven is abruptly taken away? Let me fill you in. The bad decisions tend to hold heavier consequences and sometimes (well, more times) you’re saying “fuck it” instead of thinking things through.

The dean looked over the credits I accumulated from freshman year to fall of my senior year, and I still can vividly hear him say, “I’m sorry, but the amount of credits you have now are not enough for you to be eligible for graduation this year. We don’t think this is the best place for you. Please see your counselor for an alternate solution”.

In 2013 I graduated, from high school one year later than I was supposed to. I wasn’t a stupid kid, I just made highly questionable choices. I don’t know if it was seeing my friends going away for college in the fall of 2012 (while I was preparing for my “Super Senior” year) or the support of the counselors and teachers who locked me in a room immediately after I approached them with intentions of dropping out … but something resonated in my soul that I had to do better.

The following fall I got a call to work at the Times Square Dave and Busters as a buss boy, and within three years I was promoted four times and named Employee of the Month ,multiple times. I might not have realized it, but I was setting myself up to become a leader in the hospitality industry.

Now it’s 2018, and I’ve just received a email from the CEO of Hyatt. He wants to set up an interview. At first I don’t believe it. My jaw drops and all the professionalism I’ve always projected soars out the window. I celebrate as if I’ve just won an NBA title. I do a lap around the lobby like I hit a home run to win the American League pennant. This is the greatest accomplishment of my life. I am hired to work for Hyatt. My life has never been better.

Then, on Aug. 3, 2019, I am diagnosed with Stage 3 Hodgkin Lymphoma. It is hard to digest at first. I still need to stop at times and think, “Man, I have cancer.” The first time I thought I might have a problem was when I heard the story of James Conner, the Steelers running back who in 2015 was said to have stage 2 Hodgkin lymphoma. Like Conner, my lymph nodes were swollen near my heart and lungs. I told my doctor that I had cancer before she even diagnosed it. I knew. And I accepted it.

How am I getting through it all? The stories of men like James Conner, like Anthony Rizzo. Like me hero, Muhammad Ali. He’s the greatest and he’s my hero. His words—“I am the greatest I said that before I knew I was”—is something I tell myself daily.

When basketball was taken away from me I found solace in writing. my ambition to be the best didn’t die in that gymnasium back in 2009. It was applied to the life i was going to live from then on and it showed in my work ethic. All the accolades I’ve collected via work won’t compare to the day I’m told the cancer is gone. My writing is my service to others who may be going through something similar or just need a little inspiration …

The little you know the better
Brian R. Turnbull

Right before chemotherapy I learned I wouldn’t be able to father children. I’ve never felt so defeated, devastated in better words. My circle getting smaller disappointment growing it’s starting become an epidemic. There are days I just want to down a bottle of Hennessy just make the pain go away, at the moment those days are over. Then there are days when I’m asked how am doing and I just want to jump out the window, but will the pain stop? The bad days are overcoming the good ones but I’m not complaining that doesn’t really help anything. Then there are days when people who really don’t give a fuck about me want to check up on me. It drives me crazy but I don’t explode when deep down I really want to. For the first time in a month I began to start feeling sorry for myself. Slight depression, constant pain will eventually show its wear and tear on a person, eventually a drug addiction recently kicked will re-surface. These days the battles with my demons are becoming more and more tolling. Am I strong enough to fight off a relapse? Only time will tell.

You said you will be there—anything I need you got me. How naive for me to believe you.
How naive, how foolish could I have been to think you were built for this? How dare I think you were serious. Maybe it was the drugs, maybe it was the feeling of hopelessness, maybe I was in a dark place and you shined a light that I didn’t expect. WELL I’m in a dark place right now and where’s the light you shined? I’m all alone, I shared my feelings, I opened up even though I was reluctant to but the words I’m always here for you if you need anything can weigh heavy on a human sometimes homicidal, in my case I opened up I let you in allowed you to give me false hope that you would be here. I thought for sure my corner was tight but in reality my corner was here for a publicity stunt. These bad days I go through alone, these bad days I think of you and rage boils, in that burning pit of rage is the Person I once knew, a person I’m losing if not I’ve already lost. Motivation stems from the smoke to come out the fire the other end rebirth, new life, stronger, mentally physically and emotionally. For that I thank you.