Why Grandpa was Always in a Bad Mood 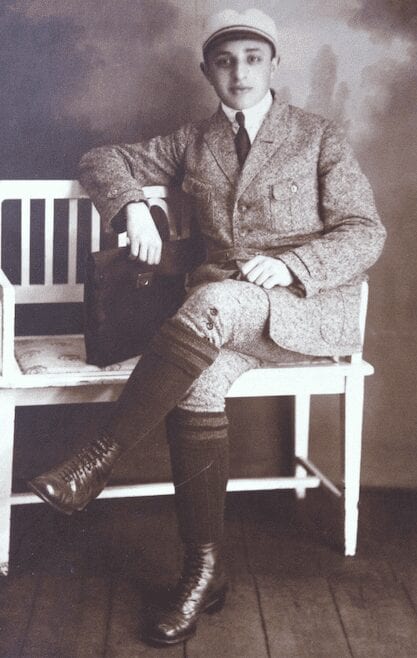 “Can I force this open?” I asked Mom.

So I did. The smell was musty and thick. Like a visit to a small cave. Inside were pictures. Tons and tons and tons of pictures. From the 1910s. From the 1920s. From the 1930s. Almost all were taken in Germany, pre-Hitler. And they answered one of my family’s long-asked questions: Why was Grandpa always in such a crappy mood?

The answer: Look how his parents dresses him. Seriously, it’s ridiculous. I know times were different, and he certainly wouldn’t be sporting a Ralph Malph T-shirt. But … c’mon. Take the above photo, for example. At the time, Curt Herz was probably, oh, 14. Maybe 15. And he’s wearing a full-wool outfit … with a tie and a girl’s cap. His socks—thick as cheesecake—are pulled up to his knees, and his black boots look two or three sizes too tight. Oh, and he’s got some sort of briefcase. A briefcase? What? I know … I know—perhaps it was winter, and he was cold. But can you imagine (even in -20 degrees) wearing all-wool duds?

That’s not even the worst of it … 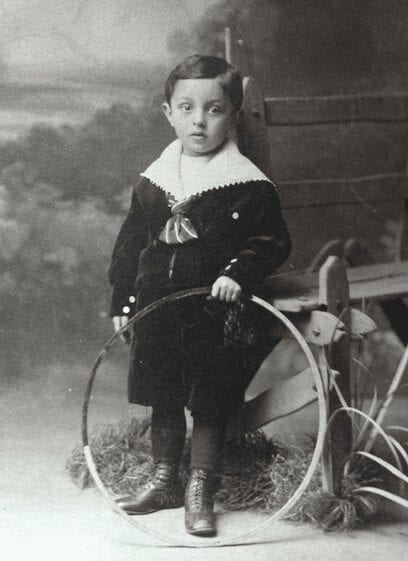 When Grandpa was 3 or 4, his parents clearly thought it wise to pose him with a hula hoop and dress him head to toe in black velvet. Oh, and let’s make sure to always have his feet hurt. Builds character. And why not throw in a bench for background? It’ll look like he’s on a farm. Or, eh, standing next to a shitty bench.

The box contained tons of these images. Grandpa, clearly, was never allowed to dress comfortably, which has to fuck with a kid’s head. “Mom, can I go out and play with Walther and Lars?”

“Sure, honey. Just make sure to put on your tie and wool overcoat and slacks first …”

By the time I really knew Grandpa, he was old and grumpy. His hands shook, he smokes lots of cigarillos, and if you accidentally kicked him under the table he’d bark and shoot you the glare of death.

I used to think he was merely mean.