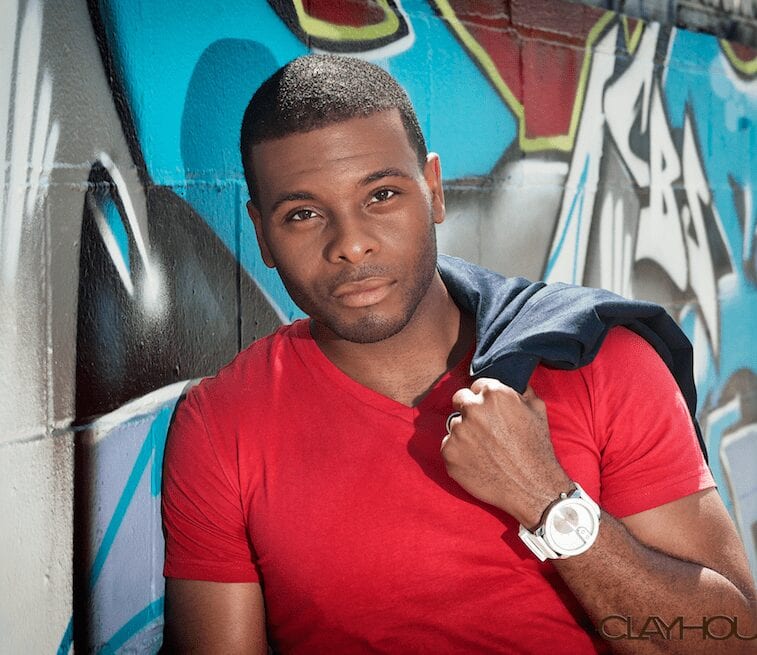 Kel Mitchell, however, is not dead. Even though, back in 2006, an Internet hoax convinced many people of his passing. Nope. Mitchell—the former star of Nickelodeon’s “All That” and the shockingly wonderful 1997 flick, “Good Burger”—continues to work as an actor, comedian and voice guy, as well as one who believes strongly in spreading the Gospel.

Kel Mitchell, welcome to Quazland, home of the Quaz …

JEFF PEARLMAN: Kel, you’re a guy who had this huge run on TV, starred in a 1990s kid movie staple (Good Burger)—and is now the subject of a lot of “What the heck ever happened to …” Internet posts. It strikes me that people take a certain Sadistic pleasure in this; an odd enjoyment in seeing celebrities fade from the spotlight, then mocking the fade (or, in your case, spreading death rumors). Do you think I’m off on this? On? And how do you explain it?

KEL MITCHELL: I continued to work. I feel that people all watch different types of entertainment on television. I got into voice-over work on cartoons and guest-starred on many different live action television shows, but you have to understand that everyone does not watch the same shows. So it’s just about letting people know what you are doing to make them aware. When the death rumor started I was like, “I’m alive and well and since we are talking about me let me tell you what I am working on now.”

J.P.: I know a lot about your career, but little about your journey. Like, I know you’re from Chicago, I know you nailed an audition, I know you starred in the series Kenan & Kel from 1996–2000, but, well, how did this happen? What’s your life path from birth to show business? Were you pushed into it? Did you seek it out? What was The Breakthrough Moment all performers seem to have?

K.M.: I grew up in Chicago. I love my city—a lot of good people. I was a bit of a class clown growing up and my parents did not want me following the wrong crowd. We had good kids in my neighborhood and we also had gang violence in my neighborhood so my parents kept me in programs that were positive. They enrolled me in a summer course at a community theater and I fell in love with the art of acting. I did not look at it as a way onto television. At the time it was just something to keep me on a good path. I later started acting in plays that showcased in downtown Chicago and got discovered by a local model and talent agency. Actually, my first big gig was I got to model on the back of the Cap’n Crunch box. I remember being chased by girls in my neighborhood. 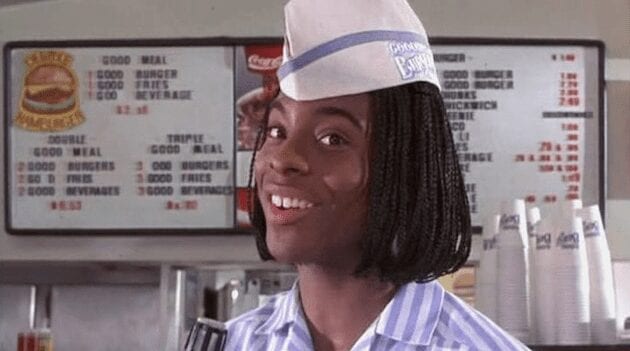 J.P.: My kids are 10 and 7, and they recently saw Good Burger for the first time. They absolutely loved it, and I kept wondering—as a performer—how in the world were you able to maintain that character for so long? I mean, the voice, the antics, the dialogue—how did you not lose your mind? And, looking back, how do you feel about the film?

K.M.: The blessing of being on a sketch comedy show like All That—which is where Good Burger was created—is that you get to play so many different characters all different and fun to play. I was never stuck playing the same role over again and even when I had to play one of the characters for a long period of time I never looked at it as I am going to lose my mind playing this role because I understood who I am off camera is not this character. It’s a job and I am thankful to have it and that people embrace it.  If you are a doctor and have to get in a lab coat every day you don’t say, “I am so tired of getting in this lab coat and scrubs.” You are thinking about how happy you are that you are saving lives and making people feel better. It’s about the blessing to be able to do what you love. Complaining would be silly.

J.P.: You’re a devout Christian, which fascinates me. As we speak, the world is heating at an abnormal rate, and it looks more and more like this planet’s future is imperiled. There’s conflict everywhere. War. Famine. Murder. Slaughter. Cancer. Heart disease. Another season of the Kardashians. How do you continue to believe, when so many signs say, “We’re all completely screwed?”

K.M.: The earth has always had its conflicts but we need not stress about the problems that are going on in this world. No matter what happens your faith will keep you strong, You cannot allow fear to control you. Believing the “signs” of this world is not living in faith. I follow the word of God and what he says about me and his children. Not what the headlines say.

J.P.: You were a young star. Is show business a worthwhile pursuit? What I mean is, so many parents push their kids toward a career on stage, in film, etc. But is it a gateway to happiness? Or do the perils outweigh the bliss?

K.M.: You have to let your child know that this is a job and when they have to get their own home and have their own bills (if they continue in this profession) this job will pay for that. So stay away from wrong choices because what they do now can help or hinder this job. Look at the long run of it all. Also let them know that this is a talent that they have been blessed with by God and to not allow negative behavior to block that talent. Also, never push your child if you see that this is something they do not want to do any longer. Pray with them to help them find what other job or talents they have that they can pursue. God has blessed us all with many talents and the ability to learn new and exciting things. He is the one who knows the plans for our lives. So seek him first. A good, prayer-filled life makes every job a gateway to happiness. 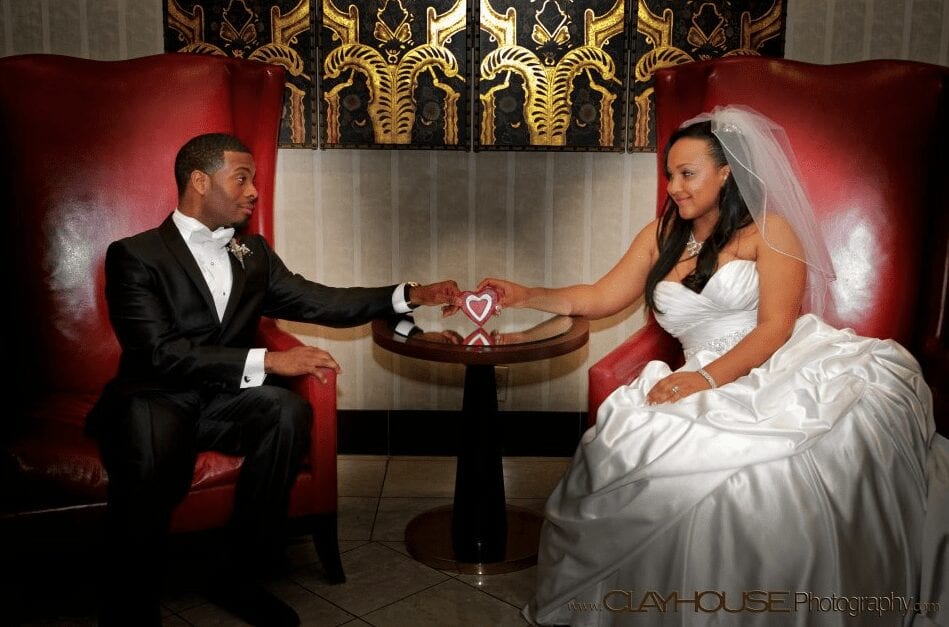 J.P.: I touched on this, but in 2006 you were the subject of a death hoax that spread all over MySpace. What was your initial reaction to this? How did it impact you? Did your family receive actual sympathy calls?

K.M.: It was a shock for the first 45 minutes. I was like, “It’s sad that someone would get a kick out of spreading a rumor like that.” I did get a few phone calls from family members. It did not bother me or upset me because I am alive and well and, like I said, when people asked it was a way to promote what I was working on currently. I was not the only one this has happened to—you see Twitter feeds of hoaxes played on actors all the time and, like me, they are blessed and alive. I just pray for haters. Its all love.

J.P.: According to several Internet reports, you apparently own and operate several Wendy’s franchises outside of Biloxi, Mississippi. How the heck did that happen? Why fast food as a business endeavor? And have you ever stepped behind the counter and said, “Welcome to Wendy’s, home of Wendy’s, may I take your order?”

K.M.: I would do that if it were true but it is not. This is yet another rumor. I do not own any Wendy’s, but maybe I should look into it …

K.M.: I learn from low moments which makes them great moments. So with that being said—every moment has been great! I am thankful foreach moment and to still be doing this after all these years and still have a fan base I think that is awesome. God is good.

J.P.: How hard is it for a guy known for comedy to be taken seriously? For example, have there been roles you’ve wanted to audition for where someone will say, “Um, no, no, no” based solely on your background? Are you pigeonholed?

K.M.: No, I am not pigeonholed. Of course you have casting directors who see you in a certain way but you have to be the one to change their perception of you. Put yourself on tape and send the audition even if they do not want to see you in person. Create roles for yourself by writing, filming or producing something on your own that will show them that you are multifaceted. The only person that can put yourself in a box is you.

J.P.: As we speak, Justin Bieber seems to be imploding. Why do so many young stars struggle with life, and the adjustment to adulthood? What makes it so difficult?

K.M.: He is a teenager. Every teen or young adult has made mistakes and done things that they are not proud of. In his case it is broadcast in media but we can not judge him. We need to pray for him that he makes better choices. 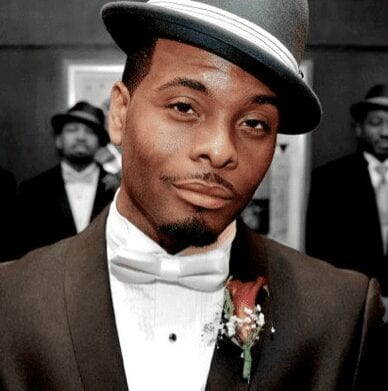 • Ever thought you were about to die in a plane crash? If so, what do you recall?: I pray about calming the winds and God getting me home safely and it works every time. He takes away the fear.

• You’re married to the rapper Asia Lee. How did you propose?: I took her out to a romantic breakfast. Then we drove to a drive-in theater to see a double feature (something we both had been wanting to do for a while). We enjoyed watching the movie and eating in the car—we saw Bridesmaids and Hangover II. We we got home. She turned on the lights but they would not work because before we left I secretly turned off the power switch to our home. She walked around going, “Why are the lights not working?” I got on bended knee in the dark and opened up the ring box that had a light in the inside of it. I said, “I found some light” and then asked her to marry me. She said yes. One of the happiest days of my life.

• Your full name is Kel Johari Rice Mitchell. Where did that all come from?: Kel means yesterday, today and tomorrow.  Johari means Jewl in Swahili. Rice is a family name and Mitchell is my family name.

• I’m a horrible dancer. What can I do to improve?: Practice what style you love the best then jump in dance battle circles. When you win one … congratulations! You have improved.

• One question you’d ask Natalie Wood were she here right now?: What was your favorite film that you starred in.

• In 1997 you won a Cable Ace Award. Where’s the trophy right now?: When I got a divorce from my first marriage it was left by accident at the home I no longer stay at.

• Who wins in a fight between you and Elvis Costello? How many rounds does it go?: A draw. LOL—I can dream, right?

• In exactly 19 words, make a case for tomato soup: Tastes like warm ketchup in a bowl. Campbell’s creamy tomato soup on the go is only $4.99. Great value!