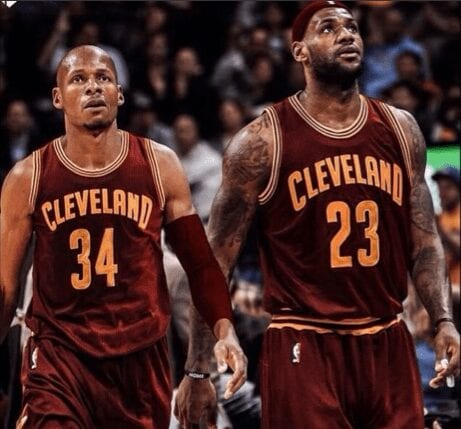 DAN GILBERT: “Ray, it’s Dan Gilbert, owner of the Cleveland Cavaliers. We’d love to sign you to play this season …”

R.A.: “Well, on Twitter they’re all calling me a sellout and a fool for following LeBron.”

D.G.: “It’s another year of doing what you love—basketball.”

D.G.: “You’ll get to fly charter and stay in luxury hotels.”

R.A.: “But @MsLoveJoy is asking whether I spit or swallow …”

D.G.: “We have an awesome arena and an excited fan base. And we need a three-point shooter.”

R.A.: “I’m not even sure. But clearly, all these people would turn down millions to play in the NBA, live luxuriously and chase another title. So, really, I’m gonna begin my retirement, play some golf and be really, really bored. Because Twitter says so.”