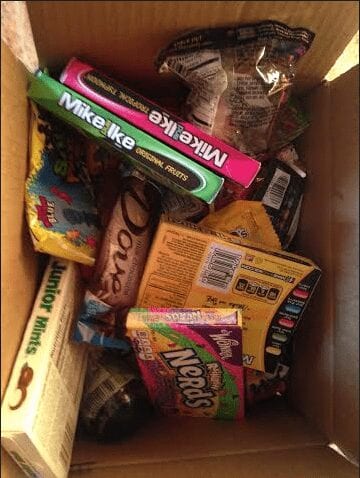 Earlier today, while driving to pick up my son from school, I listened to one of the many local Christian radio stations.

This is an odd thing for an agnostic Jew to admit, but I love—and have long loved—Christian radio. Now, my Christian friends insist it’s because I’m looking for life’s answers. This, however, isn’t true. I love Christian radio because it’s so … so … so … what are the words I’m looking for here? Preachy and simplistic. I’m not saying Christianity, as a religion, is preachy and simplistic. I’m saying the radio format specializes in the stuff. It’s almost entirely composed of half-witted sermons about heaven and getting to heaven and really, really getting to heaven.

I found myself listening to a sermon from someone named Brian Brodersen, who happens to be the senior pastor at the nearby Calvary Chapel in Costa Mesa. Mr. Brodersen was speaking about the difficulty of our times; how more people are suffering than ever before (a huge stretch, for the record); how morals have hit the crapper; how folks are down and out and desperate and homeless and …

… that it’s a great time to recruit new Christians!

That was, truly, the message. He said that, when people are really down, they respond to acts of kindness. So, if Christians act especially kindly and charitably when people are down, more people will be inspired to follow Christ and his teachers.

Then I arrived home to a huge box of candy.

Seriously. I did. It was there, inside my front door, lacking a return address or identifying note. I could not figure out the sender. It baffled me and baffled me. Was someone thanking me for something? Had I done a deed worthy of such a gift? Did it arrive via one Mr. John Loy Rocker, filled with Anthrax and spittle? I finally posted a note on Facebook, asking if anyone could ID the purveyor of sweets … 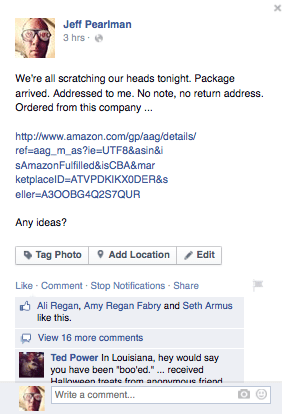 And, at long last (well, two hours after the box arrived), the mystery was solved. Before leaving New York to move out here to Tupac country, we were residents of the greatest neighborhood of all time. It was straight out of It Takes a Village territory, a large handful of families who raised their kids together, celebrated holidays together, did breakfasts and cookouts and festivals … on and on and on. Truly, like family.

Anyhow, the wife and I always organized Halloween (my favorite holiday). We’d have everyone gather at our house, take a group photo, hit the streets for trick o’ treating, then return for pizza and my basement haunted house.

Sigh. This will be the first Halloween my kids will know without Taymil Road.

And maybe, really, that’s why I listen to so much Christian radio. Because I know—like, really know—that what these men are offering via a mic and a stage and an AM platform already exists. See, the path to righteousness doesn’t go through a church or a preacher. No, it comes from doing kind acts solely because they’re kind. It’s not helping another human because you hope to reach heaven, or volunteering at a soup kitchen because you want new Christian recruits, or traveling to Africa with soup and blankets under the guise of spiritual conversion.

Because niceness is wonderful.

PS: Then, to top it all, Aaron walked my daughter through her math problems …