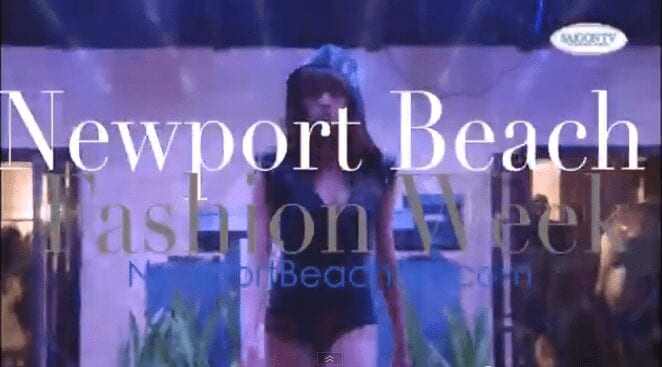 * Note: After this post ran, Steve Jefferson sent an apologetic e-mail and offered to return all monies. He said it all was an honest mistake, not a deliberate attempt to rip off.

So a bunch of weeks ago, I stumbled upon this Groupon, which was sent to my e-mail …

I was, at the time, thinking about my daughter’s Chanukah gifts. The wife and I are fans of experiences, and this seemed like a pretty cool one for an 11-year-old girl who enjoys fashion. Hence, I called my mom and told her it’d make a nice present for Casey.

“Yeah,” I said. “It sounds like the sort of experience she’d really enjoy.”

Mom made the purchase, and Casey was psyched. Tonight, my daughter and my wife drove up to attend Newport Beach Fashion Week. It was held in, eh, Irvine—perhaps the first tip something was amiss (Irvine is White Plains to Newport Beach’s South Beach). It was held inside the, eh, Airport Hilton—perhaps the second tip something was amiss. But, hey, maybe that was nothing. Geography is often overrated.

“Oh,” said the man. “The Miss Huntington Beach? It’s in the Crystal Ballroom.”

For a moment, the wife thought she could have been at the wrong location. But she walked to the Crystal Ballroom and spotted a folding table in front of the entrance way. A sloppily written sign read: $20 PER TICKET. This was quite perplexing, considering the Groupon cost $55 for two people, and the listed retail value was $120.

The wife turned toward a woman stationed at the table and said, “I have a Groupon. Is this the right place?” She nodded and took the Groupon and handed over two tickets, each one marked $20. The wife and daughter entered the ballroom—which was mysteriously empty for an event scheduled to begin in 10 minutes. The wife didn’t want to upset the daughter, so she excused herself for a moment and returned to the table. “Why did I buy a Groupon for $55 for two people when the tickets here cost $20 each?” she asked. For those not in the know, the Groupon is supposed to be a discount. That’s the whole reason people use Groupons.

The wife stood there, processing what was happening. She spotted an event program and asked for one. After initial reluctance, the woman handed it over—”but it’s missing some pages,” she added. The wife scanned through the four-page pamphlet and noticed the event wasn’t scheduled to kick off until 7. She looked back at the Groupon, which listed the event as running from 6 pm until 10:30 pm. However, realizing the woman at the table was useless, she returned to our daughter.

After sitting for approximately 30 minutes, the wife returned outside the ballroom and requested the person in charge. She wound up speaking to a man named Steve Jefferson. He eventually handed her this business card. 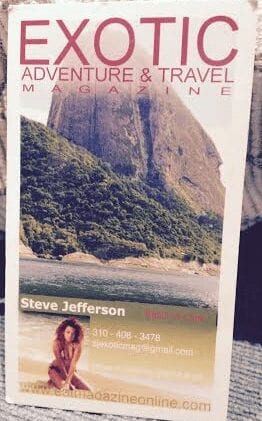 Steve is the editor in chief of Exotic Fashion, a magazine that apparently exists. I say “apparently” because nobody seems to know of its existence on this planet. However, the Groupon lists the Fashion Week’s sponsor as “Exotic Fashion Magazine.” The wife looked at Steve and said, “I don’t understand why my mother-in-law was charged $55 for a Groupon when the event costs $40 at the door.”

Steve explained that the tickets at the door were for the Ms. Huntington Beach 2016 Pageant. Which was confusing for myriad reasons:

A. Um, who said anything about a pageant?

The wife was baffled. “But with those tickets you also get to see the fashion show, right?”

“So explain to me,” the wife countered, “how my Groupon is different …”

A woman nearby said, “Oh, did you get the magazine?”

The wife was immediately handed two copies of the same issue of “Exotic Fashion Magazine”—published in Spring 2013. I want to repeat that point: She was given two 1 1/2-year-old issues of a magazine. Which, oddly, lacks page numbers, advertisements (save for a small handful), and articles. At best, it’s a piece of shit. At worst, it’s fishy.

“This isn’t even a recent magazine?” the wife said. “Right?”

“What do you want?” Steve said. “Do you want your money back?”

“How much do you want back?” he said.

“Are you gonna stay for the show?” he said.

The wife returned to her seat alongside my daughter inside the ballroom. Now, just to make clear, the whole point of the Groupon was a fashion show as part of fashion week. But, instead, this was a pageant—something we would never have taken our daughter to.

Seven o’clock finally arrived and the event began with a tiny fashion show featuring pageant contestants in gym clothes and bathing suits. That lasted for, at most, 10 minutes. Then the Ms. Huntington Beach 2016 pageant began. The wife didn’t get it—how could a pageant/fashion show that cost $40 have a $120 value, as the Groupon said? For the ensuing 1 hour, 15 minutes, the two sat through a pageant that the wife calls, “Almost a spoof. It was this stereotypical nonsense.” There were 101 elements that reeked of bullshit. None of the contestants wore identifying numbers or name tags, yet the pageant director knew them all by name.

The wife waited for the daughter to have enough—which she did by 8:15. As they left the ballroom, the wife spotted Steve Jefferson, the editor in chief of the phantom fashion magazine last published 1 1/2 years ago. At this point, I would like to note that the wife doesn’t tolerate bullshit. She looked at Steve and said, “This is a scam. I know it’s a scam and you know it’s a scam.”

“It’s not a scam,” said Steve—whose YouTube page for the magazine hasn’t been updated in two years. “I can tell nothing is going to make you happy.”

“It would make me happy,” the wife said, “for you to admit what you did.”

She added, “Do you know how Groupon works?”

“No,” Steve replied. He told her he was at the event merely representing his phantom fashion magazine last published 1 1/2 years ago. And he was not the one to organize the Groupon. However, then he said Groupon had initially approached the magazine—which makes absolutely no sense whatsoever.

The wife and daughter left—frustrated, annoyed, disappointed, two copies of a phantom fashion magazine last published 1 1/2 years ago in hand.

When they arrived home, we started looking into the pageant, the Groupon and the phantom fashion magazine last published 1 1/2 years ago. Here are some weird things:

• For a guy who runs a supposedly legitimate fashion magazine, is it not a wee-bit odd that Steve’s e-mail address is sjexoticmag@gmail.com?

• This is the event’s promotional video. It has been viewed 54 times, and the scenes depicted have literally zero to do with the actual event.

• On the homepage of the Newport Beach Fashion Week website, there’s a featured image from the Project Runway runway—the impression being that the event will be at least somewhat similar. 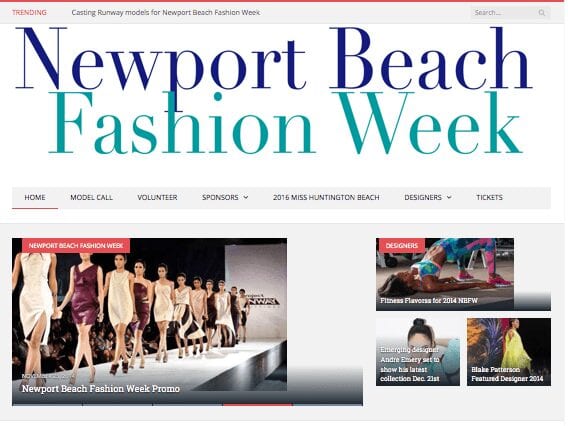 • Maybe the weirdest thing is this. While trying to figure this all out, we stumbled upon this oddball video featuring Mikalah Gordon, a former somewhat memorable American Idol contestant. And Gordon won the Miss Huntington Beach Pageant last year. Only there was no mention of her—anywhere.

Wait. So here’s the kicker. We’re Googling around, trying to get a handle on this nonsense, when the wife finds this wording on one of the pageant’s websites:

So why not sell a Groupon and get as many fools as possible to pony up?

It beats working for a living.