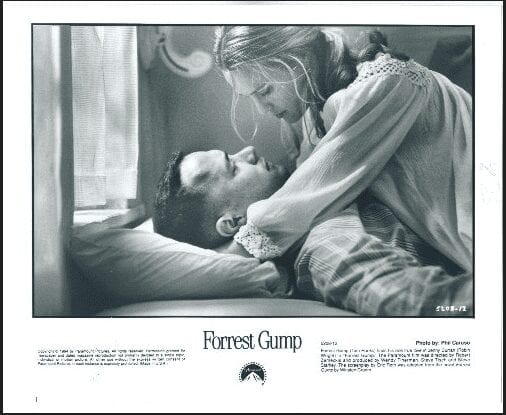 I’m watching Forrest Gump on TV. Like many, I’m a sucker for the film.

One thing has always bothered me …

Somewhat late in the movie, Jenny returns to Alabama to live with Forrest. She’s had a hard life, but now she’s with her longtime friend. Only she’s tired. Really tired. Really, really tired. She sleeps a ton. Something’s wrong, though we don’t know what.

Then, Forrest asks her to marry him. She says no, and leaves.

But first, they have sex.

A. Jenny has Forrest, Jr.

B. Jenny has HIV, then full-blown AIDS.

Oh, and she dies.

But the whole AIDS thing slips away. Forrest is never tested. Forrest, Jr. is never tested. Forrest spent a lot of time doing hard work. It’s certainly possible that, at the time he and Jenny had sex, he had, eh, a cut on his penis. Mowing the lawn. Yard work. It happens. And yeah, it’s somewhat difficult for a man to contract AIDS from a woman via sex. But far from impossible.

Anyhow, I’m not sure the point here. But Forrest needs to be tested.

Because after that film came out, guy was gettin’ l-a-i-d.