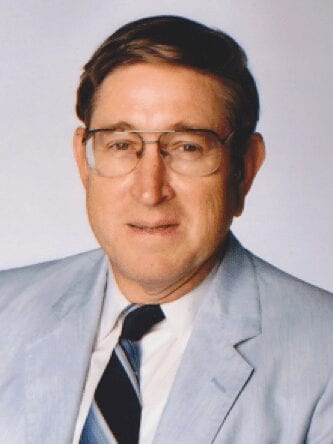 Back when I was a young sports writer at The Tennessean in the mid-1990s, one of my colleagues was a guy named Harold Huggins.

His nickname, for reasons I don’t know, was “Bunny.”

Everyone called him “Bun.”

I, being a jackass, called him “Huggins.”

Huggins and I used to sit next to each other in the sports department, filing stories and talking shit. We could not have been more opposite. I was in my early 20s. He was in his early 50s. I was from New York. He was from Tennessee. I was a crappy writer. He was excellent. I was a die-hard liberal. He was a die-hard conservative.

This was our thing for about 1 1/2 years, and I loved it. Why? Because I loved Huggins. He was a gentle man, and the words were always delivered with a smile. There was never anger or even hostility. We jabbered, talked smack, exchanged insults—all within the confines of what I felt was a genuine bond of friendship. Huggins felt like an uncle. Yeah, the type of uncle who you never agree with. But a beloved uncle nonetheless.

Anyhow, I left The Tennessean in 1996; left behind most of the friendships I’d made. I’ve probably spoken with Huggins twice over the past two decades, which didn’t dull the shock and sadness of reading a story in today’s Tennessean headlined LONGTIME SPORTS WRITER HUGGINS ENDURING CANCER TREATMENT.

The man was always feisty as hell, which leads me to believe he’ll somehow find a way to emerge stronger and more defiant than ever. I sure hope so.

I also hope Obamacare is helping him out.