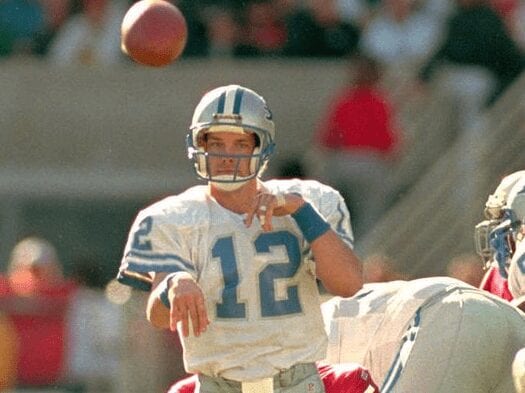 He shot himself, his ex-wife said, in an effort to end his life. Marshawn Kramer (his ex) says Erik has suffered through years and years of awfulness. “He is a very amazing man, a beautiful soul, but he has suffered depression since he was with the Bears,” Marshawn Kramer said in a telephone interview with NBC News. “I can promise you he is not the same man I married.”

I’ve been thinking a lot about football lately; about the NFL and Pop Warner and all levels in between. I’ve been thinking about those commercials the league puts out; the ones about proper coaching and technique making the game safer.

I’ve been thinking about all the absolute bullshit.

In short, you have to be crazy to let your kids play tackle football in 2015. Seriously. It’s the equivalent of letting your kids smoke cigarettes, or box. The risk of injury is so real and so severe … it just makes no sense. Especially when there are 101 other options out there, from baseball to golf to running to basketball to lacrosse, that don’t involve the repeated (play after play after play) slamming of helmet into helmet as a loud fat man, frothing from the gums, screams at you for being a pussy.

We glorify our athletes, because we’re too simplistic to glorify our scientists and mathematicians. We hoist gridiron warriors up, because we admire their physicality and toughness. We look at people like Peyton Manning and Dez Bryant and Victor Cruz and tell our kids that there, before them, are the faces of manhood.

And then, when those faces of manhood wind up in hotel rooms, lonely, with a pistol to their heads, we sigh and move on to the next hero.