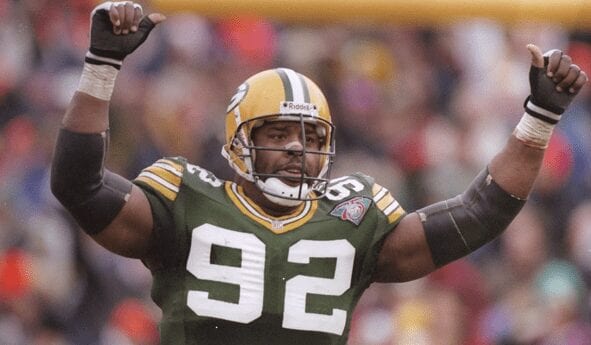 A few days ago I had a lengthy conversation with Sara White, the widow of Reggie White.

It’s been nearly 11 years since her husband died at the far-too-young age of 42 (seven days shy of 43), and Sara has done her best to move forward. Their two children are now adults. She works as a real estate agent in North Carolina. She’s smart and lovely, and a fantastic conversationalist.

There is, however, lingering pain.

Much of it came forth in the lead up to the recent posthumous Hall of Fame induction of Junior Seau, the legendary San Diego Charger who committed suicide in 2012. Sara White was not pleased with the way to Hall treated Seau’s family. She believes his daughter, Sydney, deserved to speak at the ceremony on his behalf. She also doesn’t understand why the family of deceased players never receive the Hall of Fame ring living inductees are presented with. Indeed, I checked with the Hall, and if a player is not alive for the ceremony, his family is gifted with neither Hall of Fame jacket nor jewelry. Because White entered the Hall two years after his death, his ring—Sara said—sits in a vault in Canton, Ohio. “I want my children to have his ring,” Sara said. “It’s very shallow of the Hall, very rude. I don’t understand how they make that rule up. What’s the purpose of keeping the ring from the family? They gave us a patch and a certificate. I have so many trophies of Reggie—a storage room filled with stuff. But a ring—you can have that with you at all time.” Sara and Reggie raised their children, Jeremy and Jecolia, as well as Sara’s niece, Shari. She’d like one of the kids to have the Hall ring, one to have the Super Bowl XXXI ring and one to have his NFC Championship ring. “I’ve never understood it,” she said. “Why, because he’s gone, does the Hall keep the ring?”

On the day after Reggie White died from a cardiac arrhythmia, Sara was at the funeral home when she received a phone call from a doctor doing research on concussions. He asked if she would consider donating her husband’s brain for research. “Reggie had just died and I was taken aback,” she said. “I couldn’t even consider it. But, maybe had I calmed down and spoke to him, I would have made a different decision.”

Sara wonders what would have been found. Reggie White was a big man, a strong man, a man of religious conviction. He always presented himself with confidence and passion. Yet, according to Sara, in the years after Reggie’s 2000 retirement, his memory started to do quirky things. “He went to a doctor because he felt like he had ADD,” she said. “He didn’t think his brain was functioning properly.” The physician told Reggie he was fine, but the legendary defensive end didn’t buy it. Thoughts came and went. He was increasingly forgetful. “Our daughter played basketball and volleyball every Tuesday,” Sara said. “That was her day—every Tuesday. But Reggie would always forget. And it was like he’d ask me a question, then ask the same question again two hours later.

“Our son only played flag football, and that was a relief to Reggie,” she said. “Reggie would have headaches all the time. All. The. Time. He took a lot of Tylenol, but he was aware the game wasn’t great for your health. He didn’t want his son to go through that.”

All these years later, Sara believes Reggie’s brain should have been examined. She hears about Seau and Dave Duerson and the dozens of other retired players who were diminished by the game they cherished, and thinks her beloved spouse was likely a victim, too.

“I’ve been able to have a great life since he passed,” she says. “But Reggie’s with me.”