What do I do now? 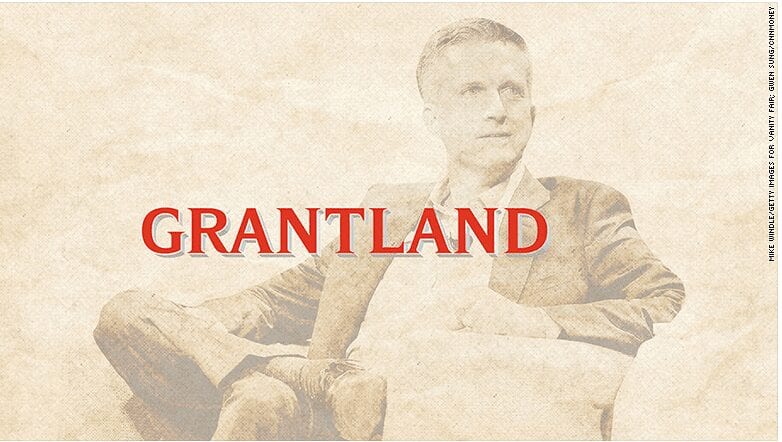 A young ESPN employee sent me this essay earlier today, a few hours after he learned of Grantland’s demise. He asked that I run it without using his name …

At the risk of exposing my own naiveté, the last few weeks as a low-level ESPN employee have been eye-opening. Some of that opening has been done willingly; some of it has been like wrenching my lids apart with a floor jack.

Last week I saw the news of the layoffs. Four percent of the company’s workforce in one fell swoop is gone. 60 days’ notice and a severance package, that’s what you get for years of service at a giant news agency, it’s a cold world but it is the world we chose. The pep talk from my boss about the fact that ESPN will be fine despite the tough week in Bristol is what I expected. What I worry about is the future of this company which so often sets the trend for the future of this industry. Specifically, I worry about how it directly impacts my own road. ESPN’s going to be here for eons; of this I have no doubt. Where is my place in this company, and what may that look like next year? If there is no linear plan of progression for me professionally, what will I do?

Grantland, the Undefeated and FiveThirtyEight are outlets that give me hope. One is dead, the other reverted from a troubled toddler-like state to the embryonic stage. The third is waiting for next year’s election to prove it’s even worth a damn. I didn’t have the specific goal of working for one of the affinity sites when I started here, but they do create space to do special things under the big tent of ESPN whether it be .com, the magazine or even TV. They create this space by just playing by their own rules and doing things this industry and this company don’t often do. Grantland specifically “gave [this] place more of a soul” as Toronto Star sports columnist Bruce Arthur so perfectly put it.

I think the devil is in this detail: I just don’t know what room nuance, thought-provoking analysis and everything else Grantland excelled at has in the sports media landscape in 2015.

The tweets about “ESPN saves First Take but shutters Grantland” strike me as missing the point. At face value, Grantland’s demise was more unfortunate fallout from the Bill Simmons fiasco. It came partly because of mismanagement in the time between Simmons’ departure and now and partly because there wasn’t a clear direction for the site without its founder. So instead of dangling its employees of a career lava pit the higher-ups made a move. It wasn’t like they sat in a boardroom and had to pick one over the other.

The careers Grantland incubated are incredible and thanks to the platform I hope, pray and believe those folks will get work elsewhere whether that’s in Bristol or not. I don’t write that to be dismissive, in fact I hope one day I’m thanking some of them in person for continuing to create a margin for me to step in and grow both personally and professionally. As for Bristol, this is a move that sucks but this is a move that is par for the course for this industry. It is an industry that takes its cues from what people want. Your Twitter feed, the one you culled carefully with people you wanted to listen to create a stream of likeminded individuals that appeal to you loved Grantland. My friend who I was at lunch with when I read about the news had no earthly idea the site even existed.

Disney is telling ESPN to make budget cuts and they are. But First Take pays the bills because First Take panders to the majority that does not value nuance as much as it values piping hot takes. I hope that there is room at ESPN’s table for both hot takes and nuance. Hot takes make the money and should create the space for things like Grantland to flourish. But today Grantland effectively ended, so what do I do? What does this mean for me?

I want to cover a certain sport in this country in a way that isn’t like the mainstream. Most of the way sports are covered are banal, over reactionary and played out. When you try to be out of the box it doesn’t sell, so what do I do with the path I want to take leads to a dead end?

What I should do: Stay the course, enjoy that I have an incredibly well-paying job for someone at my age and worry about tomorrow when it comes and to focus on my job at hand.

What I will do: Who knows?

PrevPreviousWhen I finally kissed a girl
NextHe’s great at sex … but his penis is flacid.Next