The most important key to writing a biography 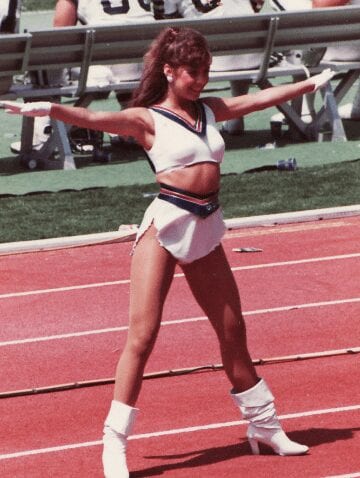 So I’m hard at work on my book about the USFL, which means lots of digging through old newspapers and magazines, lots of watching old games, lots of piecing together information. On and on and on.

The most important element of authorship—by far: Interviews.

I’ve known people who write books and interview five … 10 … 15 people. That just doesn’t work, unless the subject matter is one where every witness from the time period is dead. Otherwise, you must call, and call, and call, and call, and call. I’m up to 244 USFL interviews, which is far from where I aspire to be, but a pretty solid four-month total. The 240th involved a chat with a woman named Penny Orcutt, who was a cheerleader for two years with the Los Angeles Express. Now, one might ask himself, “Why waste your time with a cheerleader? Isn’t this a football book?”

With research, however, there are no wastes of time. I mean, some interviews might bring forth more information than others. But one never knows. It turns out that, for the franchise’s first-ever game, Express officials accidentally forgot to pack the cheerleader uniforms. Therefore, the rah-rahs made do with black T-shirts, silver boots … and their own underwear. Yes, you read that correctly: The first nationally televised game in USFL history involved a cheerleading squad decked out in their underwear.

THAT’S why you call. For nuggets. For inklings. To have a real person expand on a previously attained small detail. Clips are great, but they’re things that have already been expressed. If I read a New York Times Doug Flutie profile, so did a million other people. The information may well be useful, and even important. But it won’t be fresh.

Great books are all about fresh. And new. And detailed. And precise.