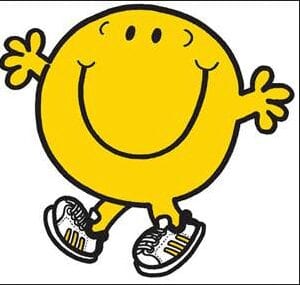 But here’s the thing: You (almost certainly) know very little about national security, too. We’re not in the meetings. We don’t receive briefings. If we’re smart and informed, we read the New York Times and Wall Street Journal and pick up some nuggets. If we walk on all fours, we let Sean Hannity and Al Sharpton guide our thoughts.

In the aftermath of today’s awful tragedy in Nice, the Twitter world filled up with national security experts who know nothing about national security. Barack Obama doesn’t care about America. He’s soft. He’s a pussy. He’s an ISIS sympathizer. Hillary Clinton is an appeaser. Donald Trump is a war monger. Nonstop blatherings about an issue that—if we’re being thoughtful and sincere—is far above our pay grade. Again, I don’t know much about national security. But I do know that it can’t be solved in 140-character insults. I also feel fairly confident that Obama, Clinton and even Trump are sincere in their desires to stop people from dying. Yes, maybe they’re all overly political politicians. Maybe they’re unwise. Hell, maybe they suck. But do the simplistic Tweets comparing these men and women to two-dimensional cartoon villains make sense? No. They don’t.

Here’s also what I know: We, America, needs to stop this shit. Back during World War II, the nation rallied around Franklin Delano Roosevelt  because he was our leader, and we had a common cause—stopping Nazi Germany. In 2016, we too have a common cause—stopping terrorism. And yet, we no longer rally. We no longer presume the best of people. We are unable to rally as one, because we refuse to rally as one. If you are a Democrat, you are labeled a pussy. If you are a Republican, you are labeled greedy. Back in the day, when Jimmy Carter ran against Gerald Ford, they referred to one another as “my esteemed opponent.” Now, we have an election where the opposing viewpoint is damned to be corrupt, stupid, asinine. We are always looking for faults; we are always presuming someone is a liar, a crook. There is no greatness in politics, because we allow for no greatness in politics. We aim to tear down, to lambast. From the very beginning, the Republicans made clear that their goal was to keep Obama from being a successful president. The same fate awaits either Hillary Clinton or Donald Trump. Even if they try to work together … even if they try and negotiate … even if they govern with an open mind—they are doomed to be tarred and feathered and deemed inept. Ford, the president who pardoned Richard Nixon and paid a dear political price, used to advise others to “disagree agreeably.” We can’t. Or we simply won’t.

The world has never been like this. Global terrorism is now a reality. Once, we marked 9.11 as a special anniversary. Soon enough, we will stop marking special anniversaries, because there will be too many. Today is July 14. Orlando took place on June 12. Dallas took place on July 7, Paris took place on Nov. 13. This is the world we live in. Bad people will explode our lives and kill our innocents. Over. And over. And over. And over. And while, again, I know little of national security, I do know this: It is an unwinnable war. We cannot defeat terrorism, because terrorism is an idea, and ideas neither bleed not breathe. So when, in this case, Donald Trump says we need to declare war on ISIS, I am unsure whether he knows whereof he speaks. Declare a war … and do what? Storm into the Middle East? Shoot people who look a certain way? This isn’t Nazi Germany, or even Vietnam or Korea. It is a battle against thought; the most elusive opponent America has known.

I am merely a journalist. I am aware of that. But here is what I believe. In lieu of winning what we can’t win, perhaps we should try and change minds. A gun doesn’t defeat terrorism. It may well strike down a terrorist, but it produces four more where he came from. So why not show members of ISIS (and other organizations) that they’re simply wrong? Why not spend the money we would on troop deployment on Middle Eastern educational efforts? Why not show America’s heart and goodness; its spirit; its open-mindedness. The vast majority of ISIS suspects from the myriad tragedies have been young men brainwashed to believe the world hates them and fantastical Islam is the way. Well, fuck that. Let’s give them books, magazines, iPads, love, acceptance. Let’s intercept the message that killing is productive and show that killing is, truly murderous.

How to accomplish this? I have no idea.

But I do know this: The more we snipe at one another, the less American this whole country feels.

And that’s a tragedy.