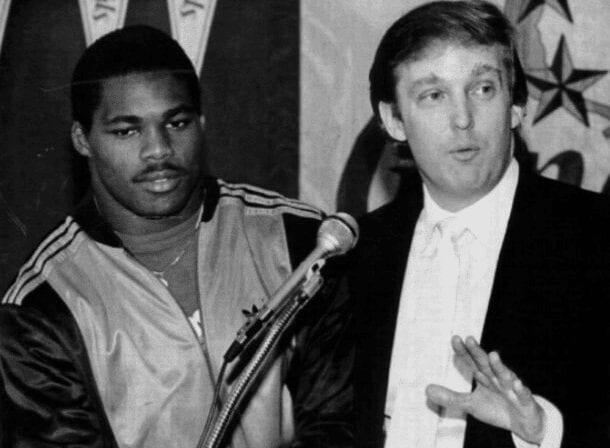 I have a story to share. It’s about a conman and a football league.

In the early 1980s, there was something called the United States Football League. It was better known as, simply, the USFL, and existed as a spring professional football league that, from its 1983 inception through its 1985 death, sought to challenge the older, richer, more established NFL.

The USFL was fantastic, and its debut season was, by most measures, a success. The league had TV deals with ABC and ESPN, exceeded its attendance expectations, signed such magnificent young talent as Herschel Walker, Craig James, Anthony Carter, Bobby Hebert and Kelvin Bryant, as well as a ton of NFL veterans. I loved the USFL so much that now, 33 years later, I’m writing a book on the ol’ league.

Before the 1984 season, the New Jersey Generals were put on the market by J. Walter Duncan, an Oklahoma oilman who didn’t enjoy the season-long treks to the Garden State. A buyer was quickly found—a 37-year-old New York real estate developer named Donald Trump. As soon as the purchase was made official, Trump professed his love for spring football, his love for the USFL’s potential, his love for the Generals. He spent a ton of money on players, and, under his guidance, the Generals improved from 6-12 to 14-4.

However, as his team was winning, Trump began telling anyone who listened that the league needed to switch to fall and challenge the NFL. He told it to owners, he told it to reporters, he told it to USFL officials. Over and over and over again, Trump insisted the only spot for the USFL was in the fall. Now, when people disagreed, or noted that—upon purchasing the Generals—Trump had never before mentioned fall, Trump turned belligerent, agitated, abusive. He shouted people down, mocked them, humiliated them, questioned their loyalties and dedication. He spoke anonymously to the media about USFL commissioner Chet Simmons, expressing doubts about his abilities. One by one, Trump worked on his fellow owners. The fall is the place to be. Football is for the fall. The NFL is terrified of us. We’ll trounce the NFL. And, despite being wealthy and successful businessmen, the other owners largely fell in line. Trump was a New York tough guy, and they presumed he knew whereof he spoke. So, guided by their young leader, the USFL’s owners forced out Simmons, agreed to switch to the fall and filed a lawsuit against the NFL.

But here’s what went unsaid: Donald Trump was full of shit. He didn’t care if the USFL lived or died. Truth be told, he wanted it dead. The goal, as many have told me by now, was for Donald Trump to have a team in the NFL. So the switch to fall would do one of two things: A. Result in the NFL absorbing a handful of USFL franchises—including the valuable Generals, who would play in New York City; B. Result in the complete death of the USFL, a result of Trump’s planning. Which would lead the NFL to rewarding Trump with a franchise.

The whole thing went to shit. Thanks to Trump’s hiring of an incompetent attorney named Harvey Myerson, the lawsuit was a failure. Then the USFL folded. Then the NFL told Trump, in no certain terms, to fuck off.

But, see, this is how Donald Trump operates, and I’m amazed the Clinton campaign failed to evoke the USFL. He lies, he exaggerates, he throws people under the bus to get what he wants. He’s selfish and self-absorbed and interested in legacy, and only legacy. You’ll see soon enough—as he hires a conga line of idiots (aka: “The best people”) and fails to grasp a nation’s problems.