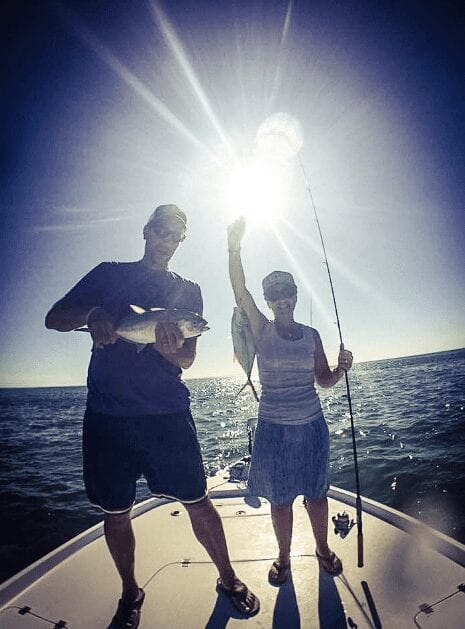 One of my all-time best friends is a guy named Gary Miller. We grew up in neighboring houses on Emerald Lane in Mahopac, N.Y. back in the 1970s and early 1980s, and while we shared many interests (music, driveway hoops, walks through the woods), we also had this quirky cultural divide.

Or, put different, Gary and his dad liked to fish and camp.

The Millers moved to North Carolina when we were teens, and through the years Gary’s love of fishing has grown and grown and grown. He has a boat, he has a bunch of rods, and every now and then he posts a Facebook photo like, well, this …

And when I’ve seen the images I’ve thought, eh, well, hmmm, eh … ok … yawn. Really, I’ve thought, “I don’t get it.” Like, you’re on a boat. And you put a rod in the water. And there’s a hook, with a shrimp or a fake worm or a real worm or whatever. And the fish bites it, grabs hold, and then you pull it in and repeat the act. Over and over and over again. It struck me as a painfully dull and repetitive endeavor, not unlike laundry or refrigerator shopping.

Two days ago, while on vacation in the Florida Keys, I went fishing. It was actually me, the wife, the nephew and Mike O’Dell, who runs expeditions out of Duck Key. We boarded his boat and sped off into the Florida Bay, a jarringly calm body of water separated by a lengthy causeway from the ocean. I had few expectations. Hell, I’d have rather stayed home. Again—fishing? Who the hell wants to fish? But then we stopped, and Mike presented us with our rods. And, well, the experience was mesmerizing. We used shrimp as bait, and the fish were attacking. Puffer fish, yellow jack, snapper. They kept coming and coming. But it wasn’t overly easy or mindless. You had to pay attention; read the line and the pull. Some were tiny. Others were the size of bread boxes. We threw everything back, just because.

Oh, there were also sharks. Two, to be precise. The first was a spinner shark. It grabbed onto the wife’s line—a regular rod and reel with a shrimp on the end. Initially, it was merely a strong pull. But Catherine couldn’t pull it in—her line kept going out and out and out. When Mike officially identified the opponent as a shark, things heated up. He said we’d chase it, and Mike steered the boat closer and closer, under a bridge, back and forth, to the side, to the front. We could see him hanging there—a 50-to-60 pound thing of beauty who refused to let go. For a moment, we had dreams of the picture of all pictures: Fisherman (well, woman) alongside Jaws.

Then, snap. The line broke.

The second was a nurse shark. Mike had placed an unmanned line in the water, and this guy grabbed it. Only he wasn’t a guy—he was (for us) Bigfoot. Probably 8-feet and 200 pounds. We took turns reeling him, pursuing him, fighting him, demanding his surrender. At one point I had the reel wedged against my groin for leverage and Mike said, politely, “Um, you might want to move that.” Sounded wise. Isaiah, my nephew, really wanted to say he caught a shark, and gave it everything he had. In the end, the nurse shark freed himself and swam off.

It mattered not. He wasn’t hooked, but I was.

The whole scene just did it for me. Not merely catching fish, but sipping from a icy Coca-Cola in the middle of the calm bay. Small, joyful conversations. Watching pelicans fly past. Dipping my hands in the water. The smells. The tastes. The ease.

As we returned to shore, skimming along the water, a cool breeze blowing into my face, the smell of puffer guts rising from my hands, I was no longer some goober who had no interest in fishing.

No. I was a goober who wanted more. 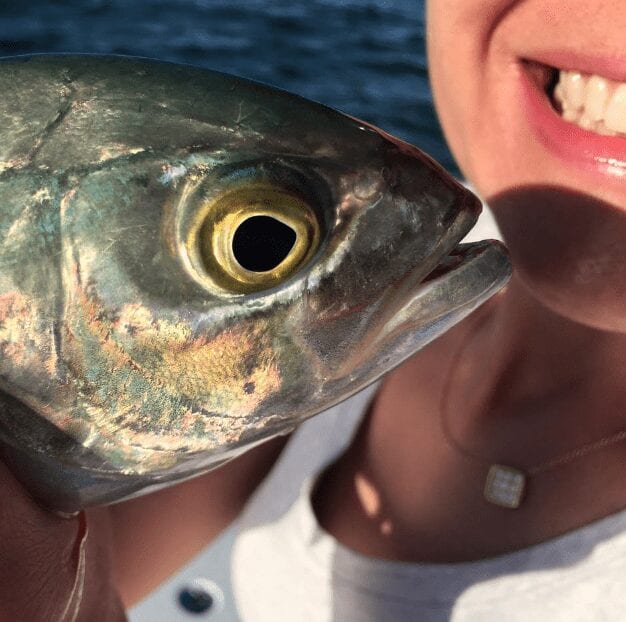