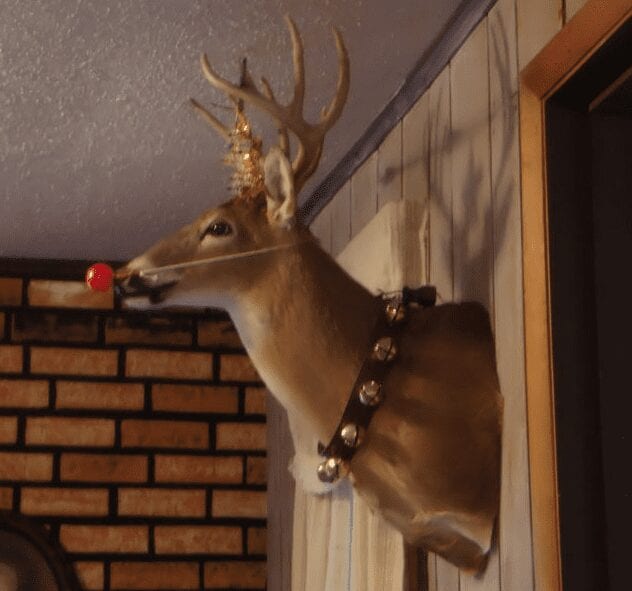 This would be OK were I deaf. But with both ears working, it’s increasingly troubling.

Rudolph the Red-Nosed Reindeer first arrived on the scene in 1939, when a man named Robert L. May wrote a short story that was published in a booklet by Montgomery Ward, the long-gone department store. Rudolph was initially thought to be a moose, but reindeer seemed to be friendlier. The original name for the animal was “Rollo,” and then “Reginald.” Finally, the author stuck with Rudolph.

Anyhow, millions upon millions of people have come to love Rudolph the Red-Nosed Reindeer. Children look toward the sky on Christmas Eve, seeking his glowing red nose as it guides Santa’s sled through the cloud-filled night sky. He’s a symbol of hope, of joy, of eternal youth and goodness.

Yup, Rudolph the Red-Nosed Reindeer is super dead. According to most sources, your average non-hunted reindeer lives 10-to-12 years. Some hit 15, and every so often you’ll get a really old reindeer who makes it two decades. But if you take Rudloph’s 1939 birth year as fact (and, indeed, it’s fact), Rudolph would have to be 77. Which is completely, ludicrously, preposterously impossible. The guy is dead … died about 60-to-65 years ago on an icy October night in the North Pole. A wild game hunter, Warbucks Trump II, took him out.

PrevPreviousNew study: Why our 45th president will be Donald Trump
NextJames HoffmannNext