You lost, get over it 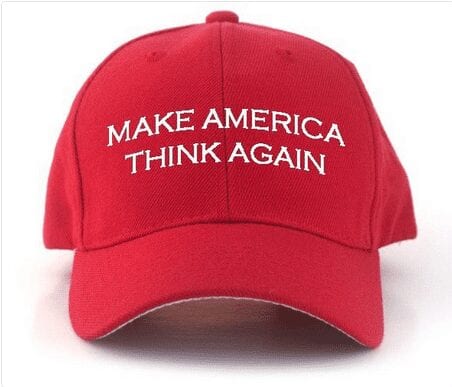 I’m sure many people here have either taken part in, or witnessed, a dialogue like such …

I, for one, have heard this a solid 10,000 times, and it never makes me feel particularly soothed. And here’s why: I am not upset, literally, by the actual result of an election. I mean, I get how these things work. Someone wins, someone loses. I despised George W. Bush, but after he was declared the victor in 2000 I moved on. Same with most John McCain and Mitt Romney backers I know. They were upset afterward, but then life continued forward.

So, again, this isn’t about win-lose. Truly, it’s not.

The reason so many of us can’t get past the words “President Donald Trump” is because we know—in the way you know the sky is blue and the ground is solid—that he’s a conman. It’s not a guess, or a perception. It’s the legitimate reality of his years upon years upon years in the public domain. Believe it or not, I can deal with leaders who are, say, pro-life, or anti-gay rights, or skeptical to climate change. Their ideas sicken me, but at least they’re true to a core set of beliefs and opinions. Ted Cruz is the perfect example. Nothing that comes from Ted Cruz’s brain makes me feel calm or content. But I know—truly know—that at least he’s being sincere in his misguided takes. Cruz may well be an asshole (as many peers have said), but he’s not a conman asshole. You get what you get with Ted Cruz, just as you got what you got with Barack Obama.

Trump lies. And lies. And lies. He has no moral compass. He’s pro-choice until it’s beneficial to be pro-life. He says Hillary Clinton is a tremendous secretary of state, until he needs to declare her awful. Barack Obama wasn’t born here. Oh, wait, yes he was. We need to deal with climate change … or, it’s a hoax. Yes! It’s a hoax! I saw people celebrating after 9.11. Wait, no one was celebrating after 9.11? Maybe I didn’t see it, per se …

He is not merely dishonest. He is ruthlessly callous to truth, decency, integrity. He belittles people not because of their beliefs (which certainly wouldn’t be OK), but because they dare disagree with him. Or they dare question him. He is a bully, in the most classic sense of bullying. A thug. The worst symbol of a dark side we all have, but try—generally—to contain.

So I am not upset that Hillary Clinton lost, in a literal sense. I am upset that we, as a people, have handed this amazing nation to a fraud.

If you don’t see it yet, trust me.