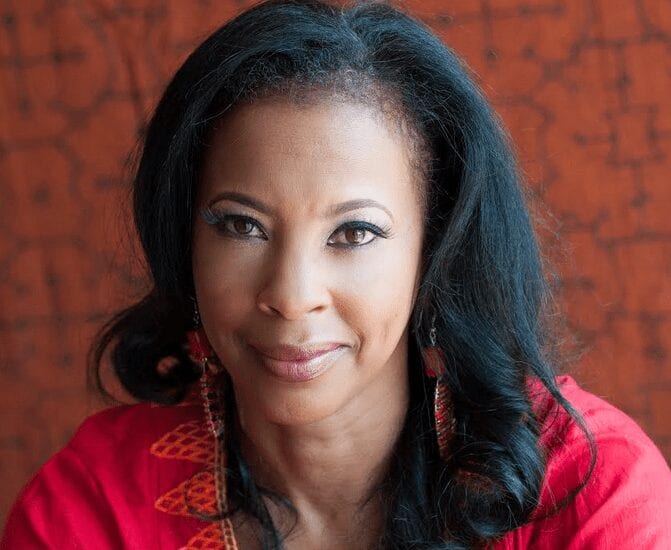 Sometimes it feels as if we focus our attentions upon the wrong people.

Regina Jackson, today’s magical 295th Quaz Q&A, is truly good. As president of the East Oakland Youth Development Center, she devotes her life to empowering the young people of Oakland to seek out service-oriented careers. Which is a task that, truly, can’t be simplified into a couple of words. Regina is all about character building, confidence building, understanding (and teaching) what it takes to rise above. Her accomplishments are infinite, her energy boundless, her devotion to decency inspiring.

She’s no Trump or Gaga.

Regina Jackson, you are today’s Quaz.

JEFF PEARLMAN: You are the president of the East Oakland Youth Development Center, which—to be brief—empowers thousands of youth to seek and succeed in service-oriented careers. But that’s a pretty limited description. So I ask, Regina, what are you trying to do?

REGINA JACKSON: We are trying to increase the odds of success for our youth by teaching them to dream, exposing them to a vision of something bigger than they have imagined, training them and putting them in positions to succeed (character-based leadership; work-based learning) and identifying a network of other students with whom they can achieve together with. We increase the odds through social and emotional support, giving them a strong platform of compassion and courtesy. EOYDC’s echo system is a like a bubble which protects them as they hone skills and work to achieve their own brand of success which includes a strong support for character, education, arts, wellness and career development.

J.P.: I recently watched a pretty riveting interview with Marshawn Lynch, where he discussed—with mixed emotions—the development of Oakland. At one point, while he was speaking, a yuppie-looking guy rode past on a Hoverboard, and you could hear Lynch sigh audibly. I totally get it—because too often “gentrification” is a synonym for “build overpriced housing and force everyone who can’t afford it out.” So how do you feel about Oakland’s growth, development? Thrilled, or cringing? Or both?

R.J.: The pain of our prosperity is choking the life out of our most vulnerable population. Families who have been her forever are having to leave their homes because the value of property is simply too high. There is no priority for helping the little guy, so much of the attraction of Oakland is lost on our success/ transition. The beauty of Oakland is its art galleries, small businesses and hometown feel. Unfortunately, these unique spots are packing up one by one because they cannot afford to stay and there are no supports for them to stay. We are losing what is so special about Oakland. 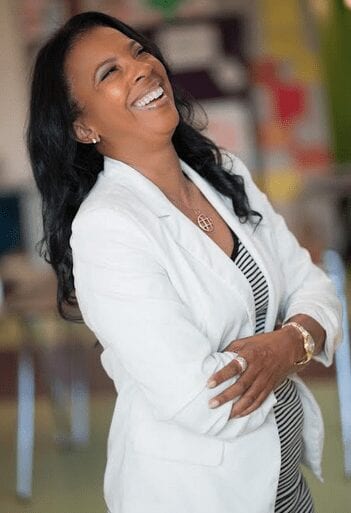 J.P.: Can you tell me about Killer Corridor? The name? The place? And how does one combat a location with such a moniker?

R.J.: The Killer Corridor is an area where the highest rate of homicide is centered. It is located in deep East Oakland and EOYDC is smack dab in the middle of this area. We combat primarily with prevention-based programs. Much of the killing is kind of Hatfield and McCoy. Someone from one camp kills another and then there is payback and so on. We must teach children that they have something to live for. That way they are not so willing to just “smoke” someone.

J.P.: What’s the greatest success story from your career in public service?

R.J.: The success stories keep coming, but I guess the greatest thus far is Lanikque. She was the eldest of her siblings. When she graduated from high school she was the first in her entire family—ahead of Mom, etc. She had little exposure during high school; never having slept away from home, gone to the mountains, college campuses. We trained, exposed, encouraged her. She applied for 107 scholarships and received 37. She wanted to be a pediatrician. She attended UC-Berkeley and completed on time.

We encouraged her to study abroad. During that study she decided to get a PhD in social welfare instead. She wanted to change the system that supports children and families—especially those with mental illness. She was accepted to all the schools she applied to. She left the University of Wisconsin after two years to join the Obama Administration in the Office of Children and Families. She was named to the President Political Appointee Leadership Program. She has now returned to her PhD program and will finish in two years. She is 27-years old.

J.P.: What’s the greatest tragedy from your career in public service?

R.J.: There are many. But I think the greatest tragedy is the failure of our public education system to truly educate. Based upon our students’ academic achievement or lack thereof (we try to teach technology and then realize that our kids don’t know the alphabet), we totally shifted programming to lift education as a support program after school. We partner with schools and families to teach character, leadership and encourage literacy, math, technology, etc, We provide support, homework assistance, literacy in our after-school leadership program. We are piloting a new literacy and social and emotional learning program for our middle school students because of their inability to  get through high school without strong skills (there is also a spike in middle school dropout and suicide rates). We have intensive support for our pathway-to-college students, which includes college tours, scholarship and college mentoring support. We have a 100 percent college admission rate with an 86 percent graduation rate within four years. We have had GED or high school equivalency programing from the beginning—the dropout rate has been consistently high in the neighborhoods we serve. Approximately 50 percent of our GED graduates go on to junior college and the other half go straight to the workforce.

J.P.: A mutual friend wrote this about you: “She could totally be working at the White House. Instead she works on a strip called ‘Killer Corridor’ saving kids.” So, Regina, why do this? The money can’t be great. There’s minimal fame, ego boost, etc. So … why?

R.J.: I appreciate the compliment. I guess its because I come from a service-oriented family. Dad created the first race relations program for the United States Armed Forces. Mom was a social worker and worked in prisons before going to law school. She recently retired as a deputy city attorney.

My passion is to help youth succeed. I found my purpose early in my career. I had previously worked in areas where what you did did not show impact. Now I see impact every day. I see how what i do impacts families in a positive way. There is no greater feeling than pursuing your passion. No amount of money can replace that ” feel good.” I am affirmed through giving, by my kids and families. 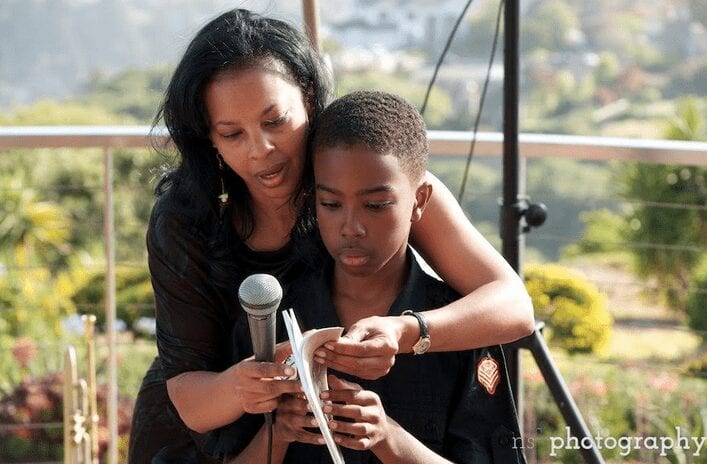 J.P.: One often hears politicians say, in some form, “Everyone in America has a fair shot”—then defend the end of Affirmative Action, of social programs, etc. You once said, ““I’ve had kids who were pulled out of their homes [by child protective services] and put in temporary shelters. They are being raised by grandmothers and aunties, by alcoholics and guardians with significant challenges, economic and otherwise. These are children who, by and large, haven’t done anything wrong.” So how do we balance these two views? Does America give everyone a shot? Is that total nonsense?

R.J.: Unfortunately, America does not give everyone a fair shot. It is easier now (seeing the way that President Obama’s power was compromised) to see that most systems are not designed to support the least of these/have nots. There are different rules for different people and rarely does anyone look out for the little guy. I work hard for the underdog because the odds are stacked against them, but when given a real chance for success they often achieve in extraordinary ways. They understand the importance of emotional intelligence and compassion—because they have needed it so much in their lives. When i think about our Hiset students (high school equivalency; the program is called Education Empowerment), they struggle to return to a system that failed them. They have so many challenges and they knock them down one by one. When they finally participate in our cap and gown ceremony, they are so proud of themselves for having accomplished often without family support. They begin to be fearless about other challenges and it is the most empowering thing to watch. A fighter spirit!

J.P.: I’m going to throw a very random one your way. Yesterday I attended the funeral of my wife’s aunt, and now I can’t stop picturing her in a coffin beneath the earth. And I am terrified—absolutely terrified—of death; of eternal nothingness; of not existing. How do you feel about it? About the inevitability?

R.J.: I have buried more children than I care to count. After a while I stopped going to funerals—they depleted me so that I felt I had to reserve and preserve energy for those who were among the living. I know that there is a circle of life. I don’t think about death because I am too busy living my best life. I prefer to be in the now. I have a cup-half-full type of perspective—always hopeful. I am Catholic so we believe in the afterlife. But I still believe that I should live my legacy

J.P.: How are you able to keep going after the death of a child?

R.J.: It stops you in your tracks. You must take time to mourn, but because our kids see far too much death and lose too many friends, I force myself to be in a positive space. I push them past depression and grief with positive thoughts of their friends and the strength of their memories. I tell them that now they must succeed for the both of them. Through counseling, journaling and creating positive circles of support you hope to encourage people to want to live. 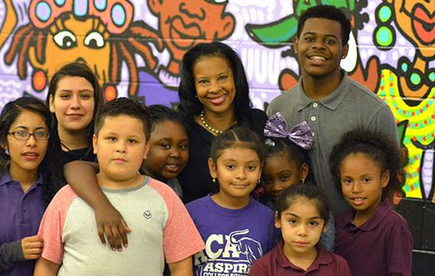 • Celine Dion calls. She wants to donate money to the cause. She’ll give $10 million, but you have to change your name to Morris Chestnut and get a tattoo of Gary Coleman across your forehead. You in?: Absolutely not.

• What’s your hidden talent?: I sing.

• One question you would ask Phil Donahue were he here right now?: Was never much of a talk show fan. Maybe, Why did you do “The men are cheaters” shows?

• In exactly 19 words, make a case for the music of Sheryl Crow: Her legacy is an ongoing storytelling version of lovely country music with depth, insight, compassion, warmth, love and soul.

• This is a song I absolutely love. Wondering what you think: I am not a big fan of rap. I think that Tupac was prophetic and poetic. I do like the Elton John mix. The song is definitely creative.

• Why didn’t you take a more of a public stance back when the Yankees acquired Ike Davis to play first base?: Huh?

• Who was your favorite Eight is Enough kid? Why?: Willie Aames. He was my age at the time. Don’t remember much of the storylines.

PrevPreviousTom Brady’s greatness? Look at his receivers
NextApples and peanut butter and lessons of lossNext