“I can definitively say the president is not a liar” 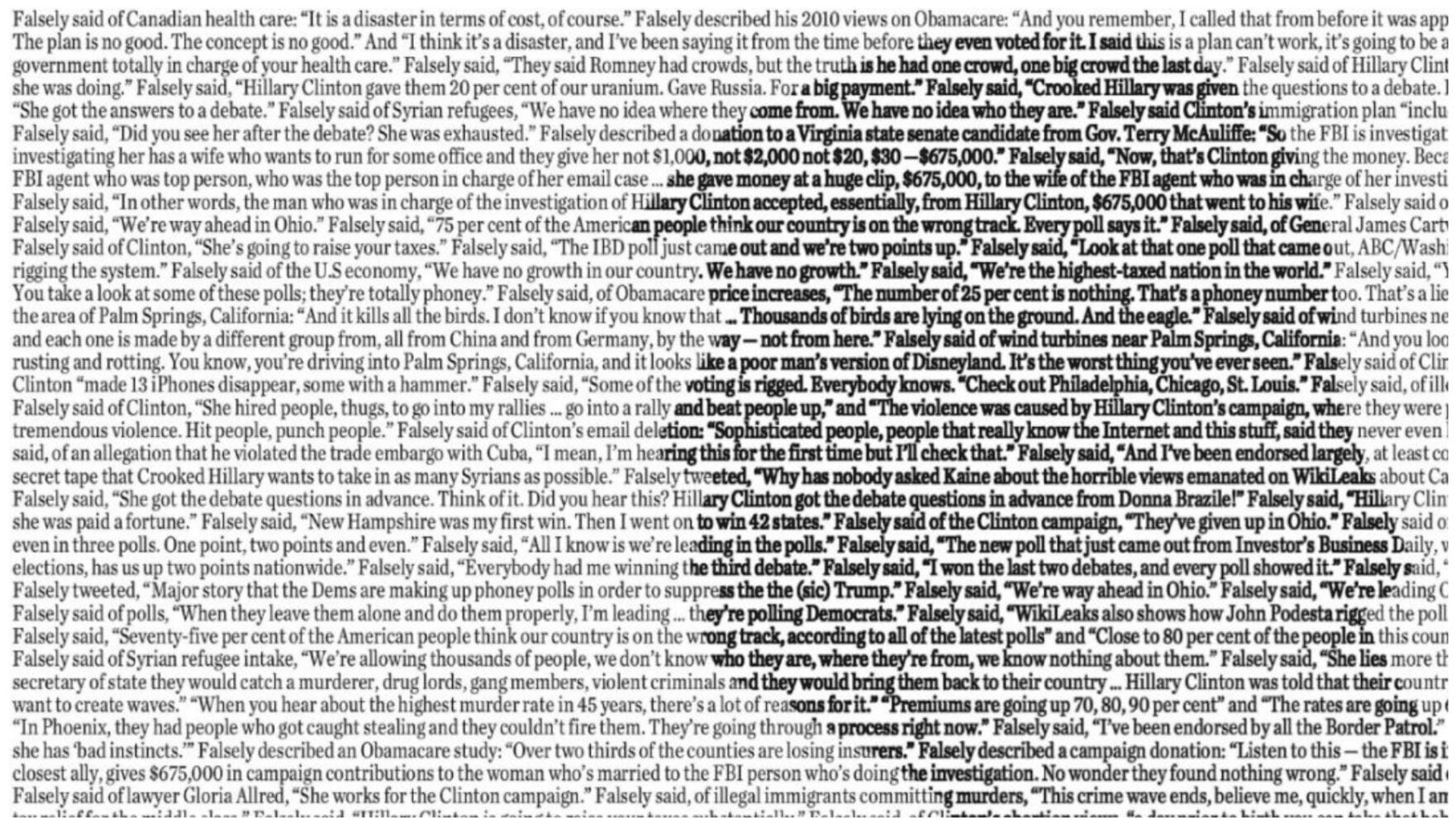 In case you missed this, yesterday afternoon, in the aftermath of the James Comey testimony, Sarah Huckabee Sanders told the press, “I can definitely say the president is not a liar.”

This is a preposterous lie.

First, here’s a compilation of then candidate Trump’s lies during the campaign. Second, here’s a running tally of Trump’s lies throughout his presidency thus far. It’s extremely comprehensive, and impressive.

Third, here’s my quick summary. It dates back three decades, to when Donald Trump was involved with the United States Football League. As many here know, I’m writing a book about the ol’ league, so it’s an area of expertise.

But not a liar?