Donald Trump and the shell game 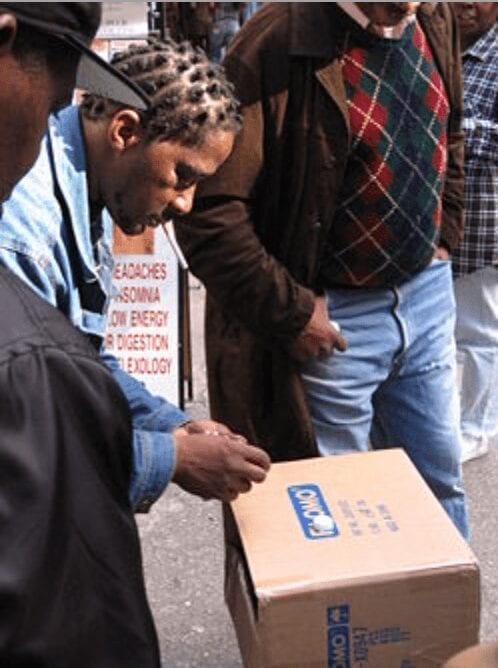 As a New Yorker, I’m well versed in the shell game.

It’s a scam that takes place on street corners, and works like this: You have a guy with either a folding table or a bunch of stacked cardboard boxes serving as a table. In his hands are three walnut shells and a “nut” (usually a small ball). A bunch of spectators are gathered around (they’re actually working with the man), marveling how easy it is to win money playing the shell game. So you’ll hear lots of “Whoooooaaaa!” and “Daaaaammmnnnn!” and “She just won one hundred bucks!” It’s boisterous and exciting, and inevitable people (unconnected with the game) are drawn over. The bystanders convince them they should play (“Dude, everyone’s winning!”) and before long they’re confident enough to drop $50 … $100 … $200 on the shell game.

Then they lose, the shell game conspirators pack up and move to another corner.

Now, I’ve seen this, oh, a dozen times; enough where I can easily recognize who’s in and who’s out. That doesn’t mean I’m overwhelmingly intelligent, or even a particularly wonderful judge of character. No, it simply means decades in New York taught me how to sniff out a scam.

Nope, it just means they’re easily swayed and easily played. Because if you’re from New York, you’ve seen Donald Trumps before. What I mean is, guys like the president—fast talking, in your face, confrontational, remarkable ability to manipulate. They’re street corner shell game operators; they’re fake Rolex salesmen; they’re … everywhere. And they succeed because they can swindle you without having you feel even slightly swindled.

That’s what this is. Imagine, for example, had Barack Obama insisted all Americans turn over their voter information to deal with a nonexistent fraud issue. Or imagine had Barack Obama bragged of groping men. Or called into question the heroism of a POW. Or mocked a Gold Star family.

I can name 100 of these, where the right would have (correctly) gone off on any Democratic politician who behaved in such a manner. But here’s Donald Trump, master of the shell game, actually having you cheer for the surrendering of your private information. You’re waving your flags, saluting, fist pumping … for a man who skipped out on military service with FIVE deferments; who has been sued hundreds upon hundreds of times; who donated $0.00 to 9.11 charities after the nightmarish day in his hometown; who refused to pay countless contractors who completed work for him; who bilked dozens with a fake university.