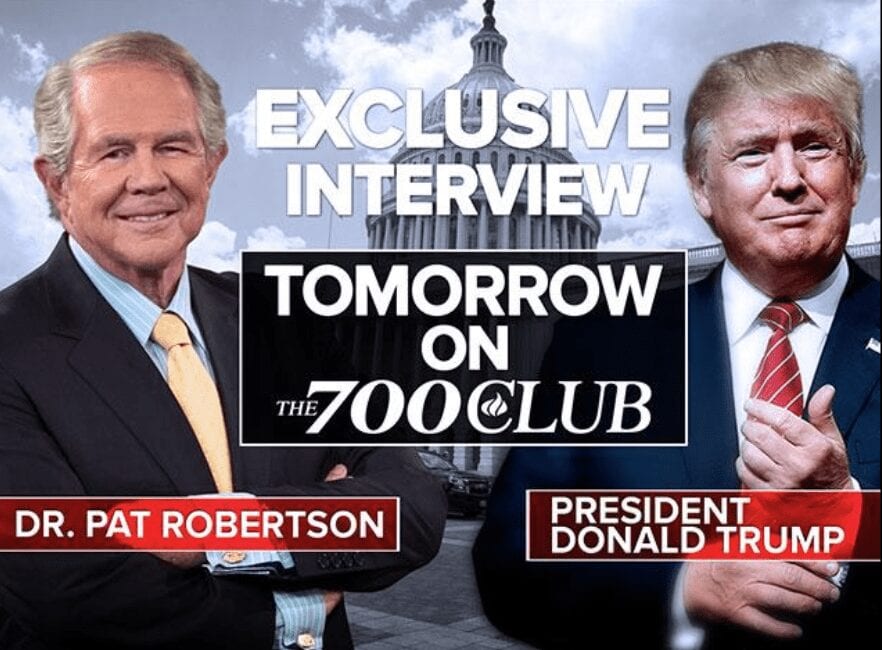 In my absolute favorite news story of the day, Donald Trump invited Pat Robertson to the White House for a sit-down chat.

And while wacky words were exchanged (Trump apparently told Pat that Vlad Putin would have preferred Hillary won the election—which makes no sense, considering his country openly worked for a Donald triumph), I really just dig the riveting paradox of the sitting president repeatedly mocking (and hash-tagging) #fakenews while having a face-to-face with a so-called “spiritual leader” who has said, among other dandies …

• That, in the aftermath of the Orlando nightclub shooting, conservatives ought to kick back and watch gays and Muslims “kill each other.”

• That AIDS … eh, hell, just listen:  “There are laws now… I think the homosexual community has put these draconian laws on the books that prohibit people from discussing this particular affliction. You can tell somebody you had a heart attack, you can tell them they’ve got high blood pressure, but you can’t tell anybody you’ve got AIDS. You know what they do in San Francisco? Some in the gay community there, they want to get people. So if they got the stuff they’ll have a ring, you shake hands and the ring’s got a little thing where you cut your finger,” he said. “Really. It’s that kind of vicious stuff, which would be the equivalent of murder.”

• That Hinduism and Islam are “demonic.”

So, hey, CNN—wanna get back in good graces?