How to counter white supremacists 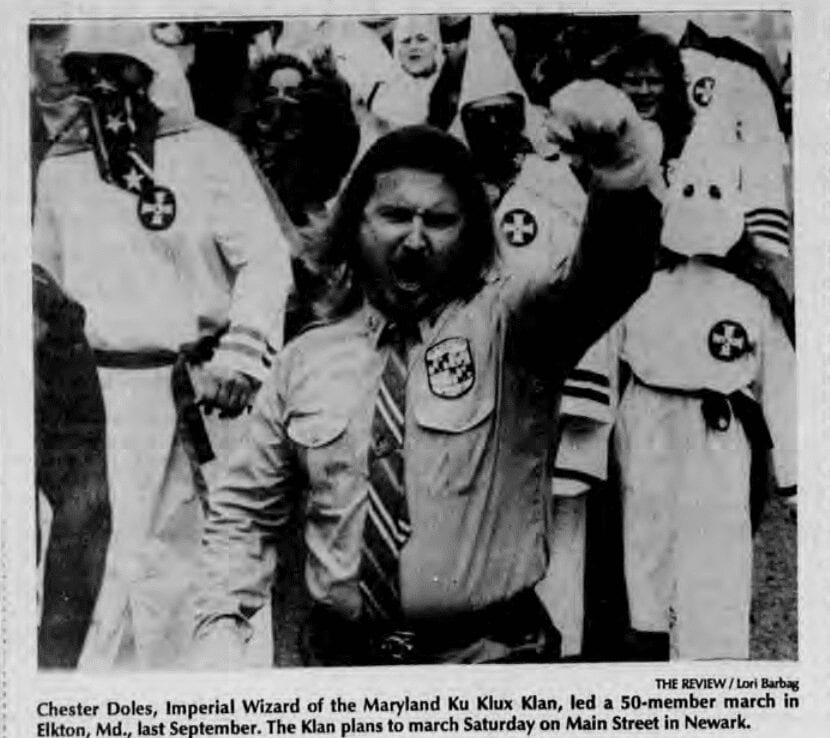 The above image comes from the pages of my old college newspaper, the University of Delaware’s Review. It dates back to 1993, when the KKK (or a bunch of idiots referring to themselves as the KKK) held a march in Newark, Delaware.

The whole day was typical. Klansmen paraded down Main Street, shouting racist slogans and pumping their fists. The opposition (folks of all races, of all ethnicities) stood behind barriers, screaming and hollering and waving protest signs up and down. Policemen kept the peace, firemen patrolled the lanes.

It was a loud day.

It was an angry day.

And, for the KKK folk, it was a victorious day.

As were the events that unfolded today in Charlottesville.

What you witnessed today was precisely what the alt-right wants. It was their dream come to fruition, because it allows them to declare, “Look! We matter!” They didn’t march to make a point. They marched so we (general society) would make a point for them. They wanted a spectacle. They wanted fireworks. Thanks to today, their message spreads. Kids across America who sit on the fringe of extremism can watch the news, or YouTube clips, and think, “Fuck, yes! These guys are explosive!”

As a human, as a Jew, as an emotional individual, I get the impulse to attend and oppose. Truly, I do. But it’s foolish, because it doesn’t work. It never works.

You know, however, what devices would work?

Going to a movie.

Hitting up the mall.

If a tree falls in the woods and no one is there, it does not make a sound. And if an ass-wipe march takes place in a town, and nobody (but ass-wipes) sees it, it never happened. Seriously, imagine the blissful scene of a let’s-stir-them-up march that stirs nobody up. The Klansmen arrive early, put on their hoods, spark up their torches, psyche each other up, line up, step onto the street—and … no … one … is … there. Not a single protester. The quiet would be blissfully deafening. Shh.

In the name of editorial transparency, this whole line of thinking isn’t originally mine. Back at Delaware, in the lead-up to the march, a colleague and friend named Greg Orlando penned a Review column headlined WELCOME TO NEWARK, KKK, NOW LEAVE! (I’ve pasted it below). He urged students to pay the Klan no mind, and invited everyone to skip the march and head to his apartment at 1305 Christiana West for Doritois, Cheez Whiz, football and AC/DC.

Alas, no one showed.

We opted to make the KKK matter. 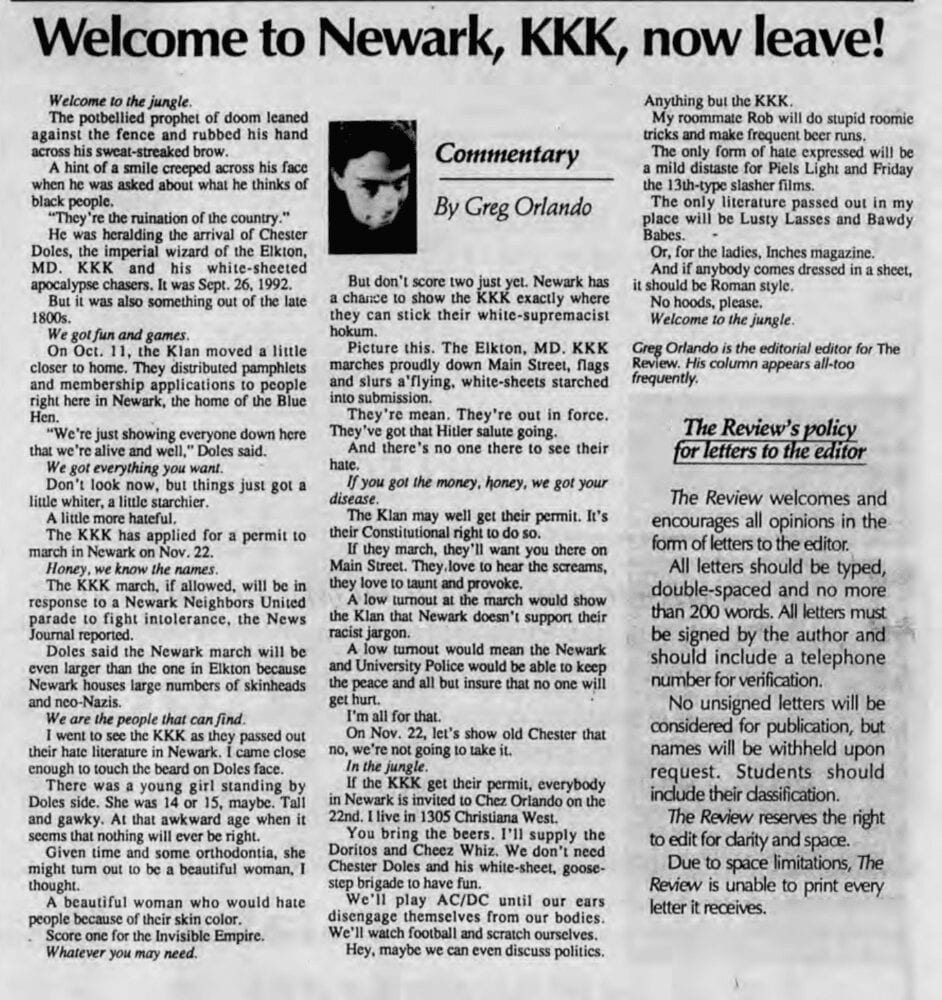