The story I desperately wanted to write 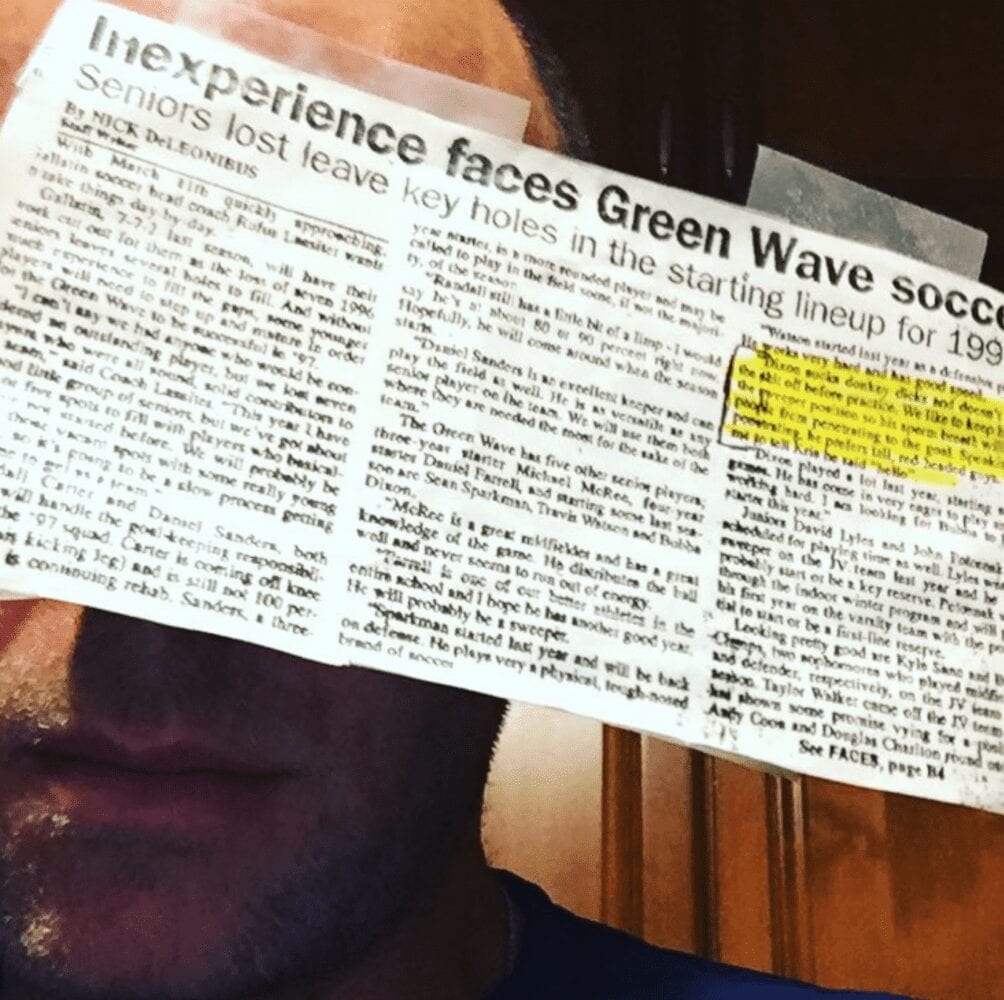 Why? Because a story I wrote for Deadspin, THE PARAGRAPH: THE FALLOUT FROM SPORTSWRITING’S FILTHIEST FUCK-UP, is up to 308,000 reads in two days.

Now, I usually don’t pay that much attention to the metrics of online media. I mean, when I publish pieces for Bleacher Report, someone with the site will (if things are going well) perhaps drop an e-mail with, “Hey, you’re up to XXX,XXX reads.” Which is cool and appreciated, but not really needed. At this point in my career, I genuinely focus upon doing my best, hoping things work out—then moving on toward the next assignment. If the work generates a shitload of eyeballs—awesome! If it doesn’t, well, I gave my all.

So why is this one so meaningful? Multiple reasons. First, no one wanted it. And, by no one, I pretty much mean no one. I pitched it to a friend at The New Yorker. He passed (didn’t see what the focus could be). I pitched it to Bleacher Report. They passed (like many outlets, there was (I think) an understandable trepidation about writing on media). I mentioned it to someone at ESPN and was assured they wouldn’t bite. On and on and on.

Deadspin? Well, I’ve had a pretty hot and cold relationship with Deadspin through the years. On the bright side, they’ve been great with excerpting my books and I’ve written a small handful of stuff for them. On the dark side, they’ve mocked and ridiculed me more than once. Sometimes fairly. Sometimes, eh, um, yeah.

That said, I really like what Barry Petschesky, the site’s editor, is doing, and from the beginning he’s struck me as a fair, decent guy. Also, I really don’t hold stupid grudges. So I reached out to Barry via Twitter DM and tossed the idea his way. His response:

Now, in case you don’t know, $500 for what turned out to be a 5,000-word story is terrible. It’s 10 cents per word, and most of my career I’ve made—bare minimum—$1-to-$2 per word. So why was I thrilled? Because I … knew … this … was … a … fucking … great … potential … story. Anyone who has worked long enough in journalism has seen something like what happened in Gallatin. Hell, in many ways I was Nick DeLeonibus during my early days at The Tennessean. I took nothing seriously. I inserted curses into copy. I was immature and all-knowing and obnoxious beyond belief. In fact, I’m pretty sure my history drew me to this narrative. No, I never reached the journalistic depths of “Dixon sucks donkey dicks.” But I easily could have.

The other key figure was Kris Freeman, the sports editor. I tracked Kris down via Twitter, and we DMed quite a bit before he agreed to speak on the record. Kris is a truly wonderful man, and he was worried about the implications of a story that would, inevitably, dredge up some old ugliness. But, ultimately, I think—as a former scribe—he could empathize with my plight. He probably spoke because, were he in my shoes, he’d want someone to talk.

I’m babbling. I usually hate what I write. I do. I read it, count all the things I did wrong, bemoan missed opportunities, etc. This time, however, I feel genuinely accomplished.

Nobody wanted this story.