So last night, while driving to the gym, I found myself listening to Whitney Houston’s eponymous 1985 debut album.

Now, as a kid this was the record that made me fall in love. I’d sit in my room all alone, listening to the tunes while staring longingly at this image, which appeared on the back of the record … 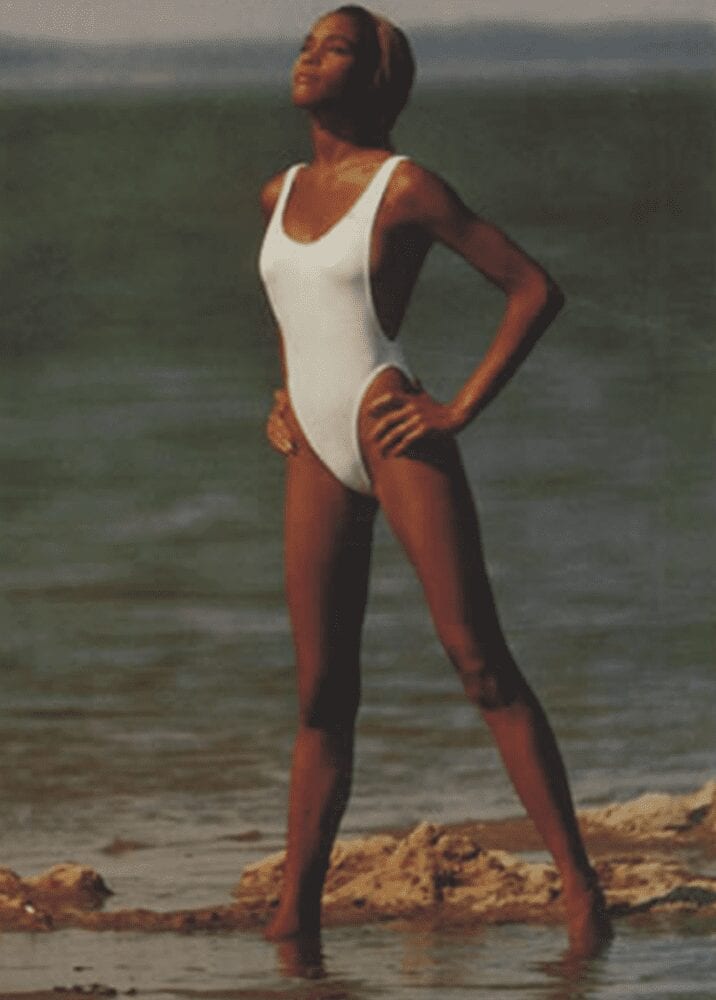 Honestly, I felt as if Whitney were singing to me. Sure, I was 13 and she was 22. But we could be together one day. I would give her good love. I would be the someone for her. She would save all her love for me. Nobody would love me like she does. It would happen all at once. I would take good care of her heart and give her the greatest love of all. I would hold her.

I am driving in my car.

I am listening to the album, beginning to end, for the first time in 30 years.

By awful, I mean, well, awful. Brutal. Terrible. Yes, Whitney Houston’s voice is an instrument. But Jesus Christ, a cheesier collection of music has never, ever, ever, ever been assembled. In particular, there is “Nobody Loves Me Like You Do,” her inexplicable duet with Jermaine Jackson. I vividly recall digging this as a tyke; singing along to the words, putting myself in Jermaine’s shoes. Now, with an adult’s ear, I can say, unambiguously, it’s pure karaoke dreck. Worst of all, I’m pretty certain Whitney (though young at the time) felt the same way. I mean, hell, she was brought up on soulful church music; by a mother who sang professionally. Now she’s being handed … this? Oy.

There are Whitney classics on this album—but only because her pipes save the day. From “Greatest Love of All” to “You Give Good Love” to “How Will I Know,” it’s just an assault of the worst songwriters all teaming up to slay humanity.

I loved it as a boy.

I’m confused as a man.