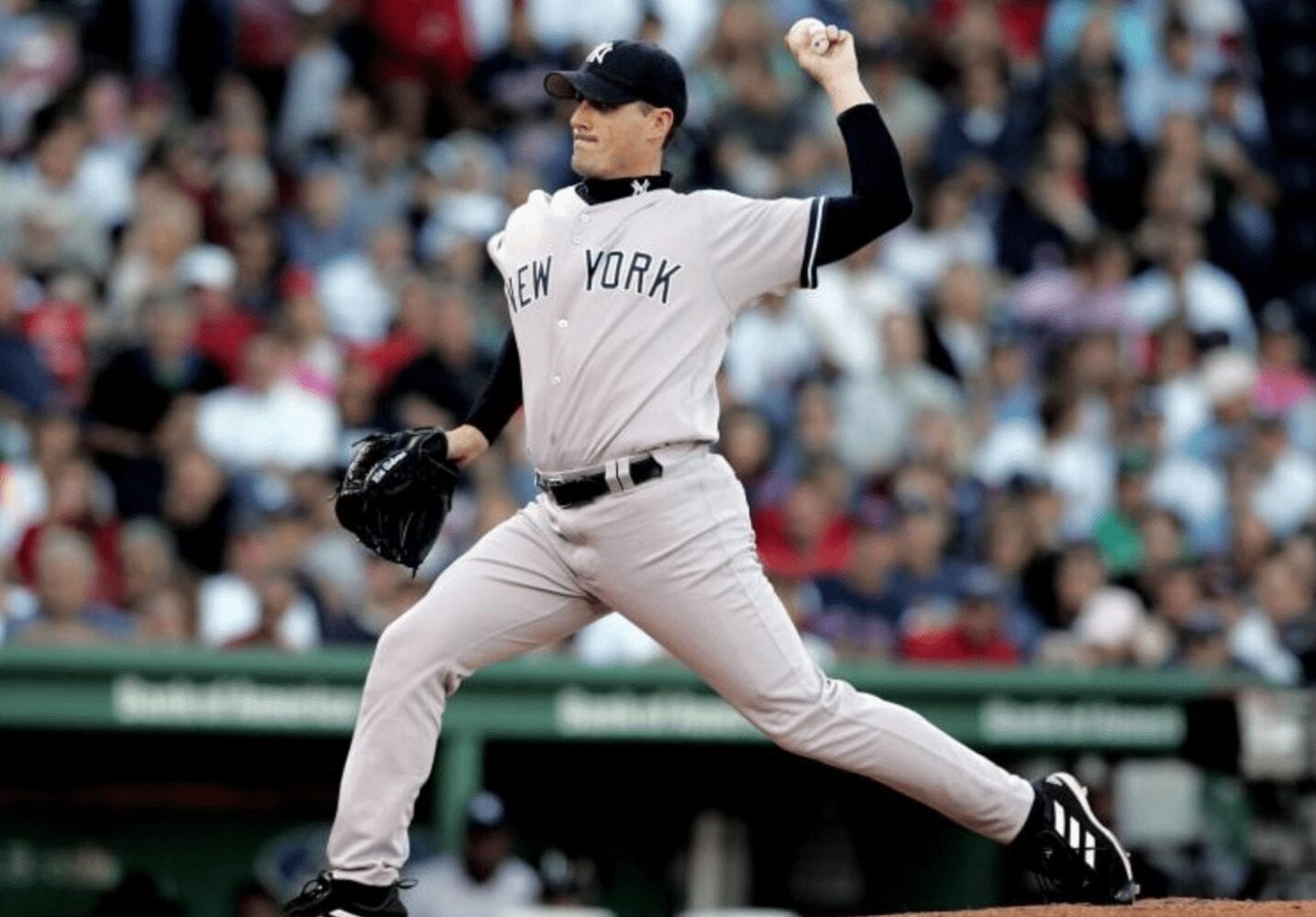 Think about it. Sure, guys like Mike Piazza and Emmitt Smith and Patrick Ewing will always have famous names and faces that carry them through lifetimes of autograph shows and free meals. But the vast majority enjoy their time in the sun before disappearing into the world at large. They exist among us, as teachers and mechanics and dentists and college coaches.

But not really there.

Today’s Quaz, former Major League pitcher Wayne Franklin, was there. From 2000-06, he performed for five Major League teams, winning a career-high 10 games with the 2003 Milwaukee Brewers. Neither Pedro Martinez nor John Van Benschoten, he was a workmanlike starter/reliever whose left arm offered a certain level of protected longevity.

In today’s 326th Quaz, Wayne explains his respect for Barry Bonds, his dismissiveness toward Alex Rodriguez and his love for the state of Delaware. One can follow him on Twitter here and read his blog here.

JEFF PEARLMAN: Wayne, whenever I’ve covered jerkish Major League players, I always think, “Why are you so surly? So mean? Such an ass? Because this will be the greatest time in your life—and one day you’ll look back and realize you spent the time being a tool.” Wayne, am I right about this? Do you look at your life and think, “It’ll never be better than my time in the Majors?” Or, does life actually get better post-retirement? Is there a light at the end of the tunnel?

WAYNE FRANKLIN: Do I miss it? Yes, of course. Do I dwell on it? No. I don’t ever try to be “better than my time in the Majors.” There’s nothing to which I can compare this; so, I just focus on my family (which also has no comparables), because this is where everything began, and it is where everything ends. To me, life is about people. So I now teach baseball—the correct way—to all eager minds I can, which is very rewarding to me.

J.P.: You played two years at Cecil Community College, two at UMBC, then you were selected in the 36th round of the 1996 amateur draft by the Dodgers, and signed four days later. I read somewhere that you were thrilled (Your quote: “All I dreamt about when I was a kid playing baseball was that some day I’d like to be playing for the Dodgers”)—even though 36th round doesn’t seem so thrilling. So why the euphoria? And how did you find out you were drafted? Where were you?

W.F.: First, that is a misquote. From the day I began watching baseball I was a Yankees’ fan(atic). I still am, although I watch baseball in an entirely different way, now. Second, where I was drafted did not concern me, which I can honestly say I’ve proven. Plus, it was something over which I had no control. Here’s a lesson about baseball: There is much to be said about “knowing thy self.” The only thing I was wondering, come draft day, was who would draft me (Mariners or Dodgers), and at what position. In college I was a pitcher and first baseman, and at the time I was a much better hitter than I was a pitcher. The day I was drafted I was in my parents’ back yard, working on some hitting drills. Ironically. 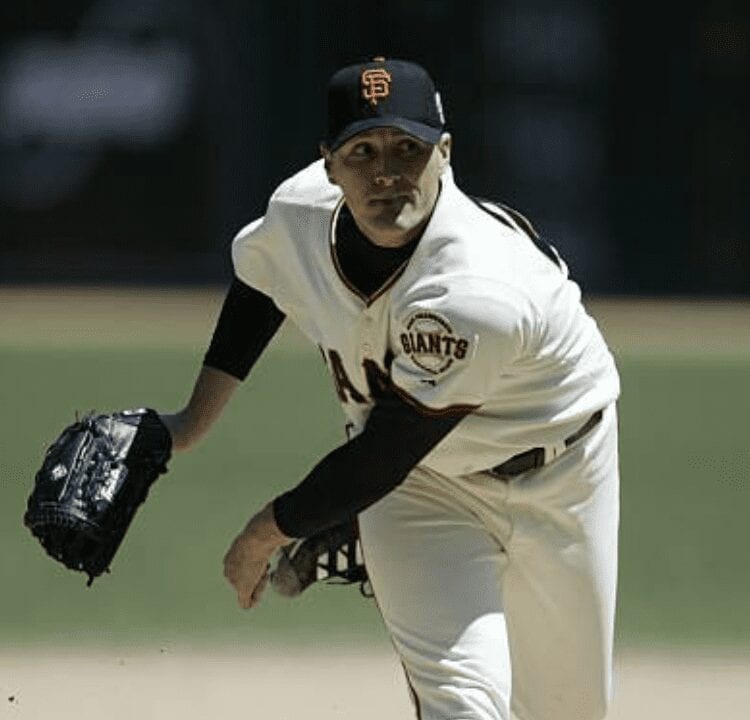 J.P.: Don’t take offense to this—but why weren’t you great? I mean, you’re great compared to 99.9 percent of us. But you’re not going down as Dwight Gooden, as Pedro Martinez, as Sandy Koufax or Jim Palmer or Bob Gibson. And my question is, specifically, what’s the difference between those guys and the rest of the guys? What do they have that you didn’t?

W.F.: This is a great question. Philosophically, you can only define greatness by comparing things, which your question actually does. Statistically, I was not one of the “greats” of Major League history. However, there are many variables, and this would take a while to discuss. I’ll just simplify by saying that it all comes down to execution of pitches.

J.P.: I know you were born in 1974 in Delaware, I know you were drafted by the Dodgers. But what was your path from the womb to baseball? Like, how did it happen for you? Where did the passion and love come from? And do you still have it?

W.F.: My passion for baseball began (and this is no bullshit) the very day I learned how to play catch. My passion was real, and it felt very innate. Maybe this innateness is where all passion dwells. If so, I recommend that everyone look for anything innate; very blissful. Growing up in Maryland, the winters were long and tough, probably because of my impatient anticipation of baseball season. What fueled me more than anything else were cynics. Anyone who has ever played at the highest level of any sport can probably empathize with me wholeheartedly. 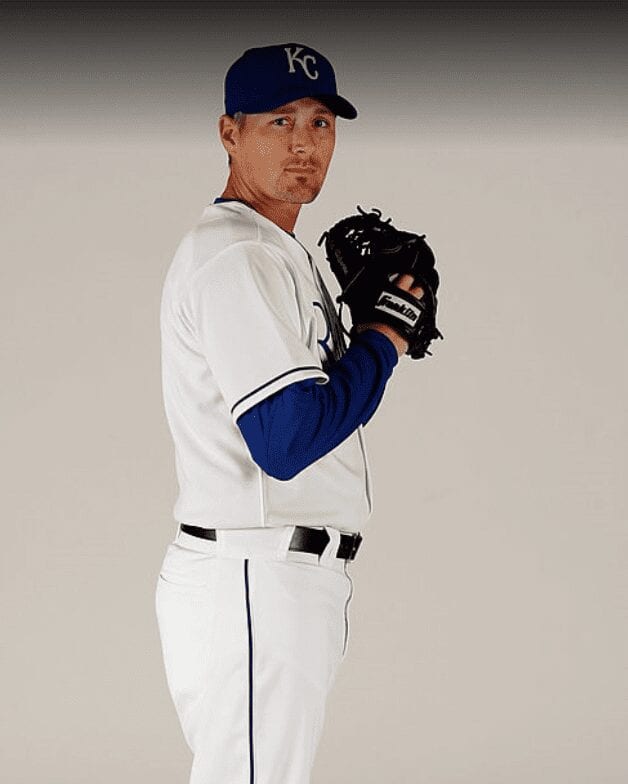 J.P.: Getting old sucks. I hate it. But I was never an top-level athlete, performing at the top of the top professional rank. What is aging like for you? Is it frustrating, no longer able to do the things your once did?

W.F.: Old? Man, 43 is the new 25. I’ve never stopped staying in pretty good shape. I don’t kick my own ass as much as I used to, though. Like I said, I’m still around the game all the time. And, trust me, I can still pitch. Also, my wife is a really good athlete (she used to kick my ass in golf all the time). So she’s my partner, and she keeps me accountable so that I don’t become some potbellied old man.

J.P.: You were teammates with Barry Bonds in San Francisco in 2004. I wrote a book on Bonds, found him to be a pretty remarkably not nice guy. What do you recall of playing with Barry? What was he like for you as a teammate?

W.F.: I came to know Barry as a teammate first. From that perspective, he was great. I thought he had a great capacity for empathizing with teammates. He just never had much patience or pleasure in dealing with the media. To me, Barry’s greatness came from his ability to leave irrationality (or, emotion) at home, and he never took it onto a ball field.

W.F.: At the end of my career, I played in York because it was a chance to let my baseball come full circle, because my family could easily travel from Maryland, whenever they wanted, to watch me play. I went to Taiwan because it was another chance to experience baseball within an entirely different culture. I knew it was time to walk away from the game when teams weren’t calling—early and often. I knew that if I had to begin making contact with them. it was a bad sign. 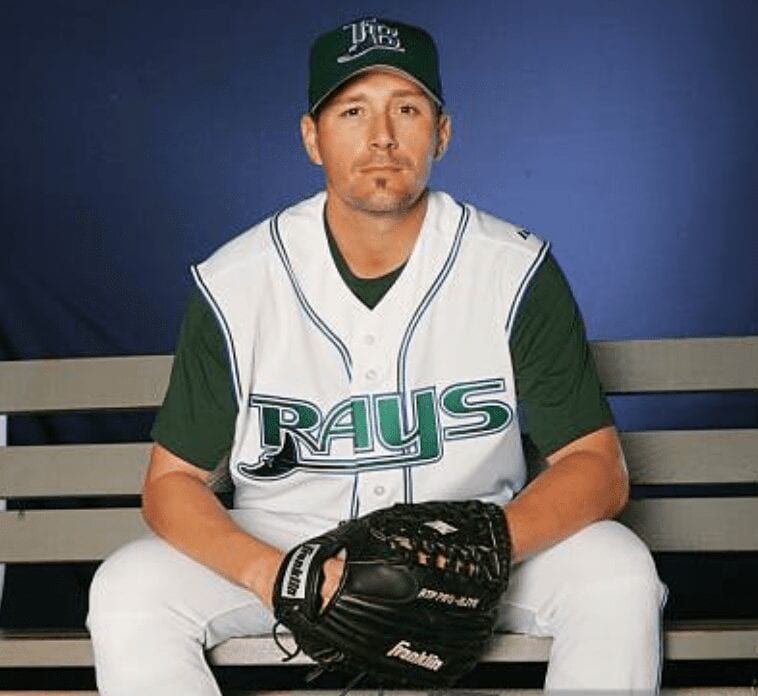 W.F.: Greatest Moment: August 18, 2003 (this is a long story—and one I’ve written about; if you’re ever intrigued enough, let me know, and I can send it to you)

Lowest Moment: The day I rode off into the sunset.

J.P.: In 2005 you appeared in 13 games for the New York Yankees. That team featured guys like Jorge Posada, Tino Martinez, Cano, ARod, Jeter, Matsui, Bernie, Giambi, Sheffield—a Who’s Who of modern-era Yankee legends. You’d been around a bit at that point—is it still at all awe inspiring playing for that team, with those guys? Is it merely another paycheck? And what do you remember from New York?

W.F.: Playing with the Yankees was literally my dream come true. I loved all of those guy—truly—except for A-Rod, whose personality really did not resemble any other on that squad. It almost seemed as if he was intimidated by the pinstripes and playing on that stage. I didn’t care for him, because I felt he was more about his image, and he had nothing that was old-school about him.

J.P.: How important are catchers? Being serious—you threw to some greats, some forgettables. How meaningful are they for a pitcher’s success? Is it at all overrated? And who’s the best you played with, as far as helping a pitcher along?

W.F.: Having a great catcher is very underrated. For example: When a catcher is very good at calling a game, he and the pitcher get into a great game-flow, which is difficult for other teams to slow down. Once a catcher develops this reputation, pitchers trust him, and in turn, trust their own pitches even more (conviction is one of those great intangibles a pitcher needs).

• Five reasons one should make Wilmington, Delaware his/her next vacation destination: Wilmington Blue Rocks; the River Walk; tax-free shopping; Italian food; quick train ride to New York City (which is then easy to come back to a big hotel room in Wilmington, and not have to pay sales tax on it)

• The world needs to know—what was it like playing with Glendon Rusch?: Glendon “Tits” Rusch is the funniest guy who ever played Major League Baseball

• We have you start one game, right now, for a Division III baseball team. What’s your line?: You could bet the farm on me. I’m putting up a lot—if not all—zeroes.

• You’re both from Delaware—how good was Delino DeShields? And did you ever talk Delaware with him?: I do know that he and Marquis Grissom were the first teammates (Montreal) to ever finish first and second in stolen bases.

• Ever thought you were about to die in a plane crash?: Can’t say that I have.

• Climate change—myth or real?: Myth (at this point). I believe that weather is cyclical.

• Celine Dion calls. She offers you $25 million to move to Las Vegas and teach her to pitch. You work one year, every day, but have to change your name to Jack Dawson and also live on a diet of cabbage and M&Ms. You in?: Without hesitation—yes. I’m a silver-lining type of guy. I use the cabbage to make sauerkraut, which is great for digestion. The M&M’s are there for me to keep my sanity about the cabbage. Celine better be ready to get her ass on that mound and work, too.