The greatest Christmas moment ever: An oral history

This Christmas, exactly 29 years ago, Mike Brady nearly died wearing a beige Members Only jacket. He was saved not by a heroic police officer, or a rescue crew, or even Mr. T. No, he was saved by the angelic singing of his wife, Carol Brady.

Here is the official oral history of that moment, from the people involved:

Mike Brady: So they called me down to the construction site. And I’m not really sure why, because I’m just an architect.

Mike Brady: OK, fair enough. But I’m just an architect, not a fireman. But there was an accident on a job I was working, and they called me to … I dunno. I guess they wanted me to handle things. We had all been at home, eating Alice’s famous Christmas goose …

Alice: It was chicken. I bought it ready-made at Ralph’s.

Alice: Seriously, it was fucking chicken.

Mike Brady: Anyhow, I left dinner. Which stinks, because Alice’s Christmas goose is the stuff of legend.

Alice: It’s a supermarket chicken. In a plastic bag.

Mike Brady: I went to the site. And there was police tape, but no police. And that was odd. So of course I crossed it, and I went in. Even though, again, I was just an architect in my beige Members Only jacket. And after I entered the whole site just collapsed. It was a big BOOM!

Carol Brady: We were all gathered around the table. Me, and Marcia, and Jan, and the actress who played an adult Cindy, and Greg, and Peter, and Bobby, and the uncredited grandkids. And Alice, of course, who violated family rules by not wearing her maid outfit.

Alice: I hate them all. Always had.

Carol Brady: And we received a call that there was an accident at the site, and Mike might be dead!

Greg Brady: It was pretty traumatic. So, of course, we loaded everyone in the car and drove down to the site. Because if Grandpa’s dead, his grandchildren absolutely need to be there.

Grandkid No. 3: Grandma smelled like bleach and peanut butter

Grandkid No. 4: She had a cheek mole. It was the size of an Oreo. They used so much makeup on that thing.

Alice: She’s such a bitch. They all are. Bunch of bitches. And I’m telling you, just between us, Mr. Brady had been dating Sam for four years. 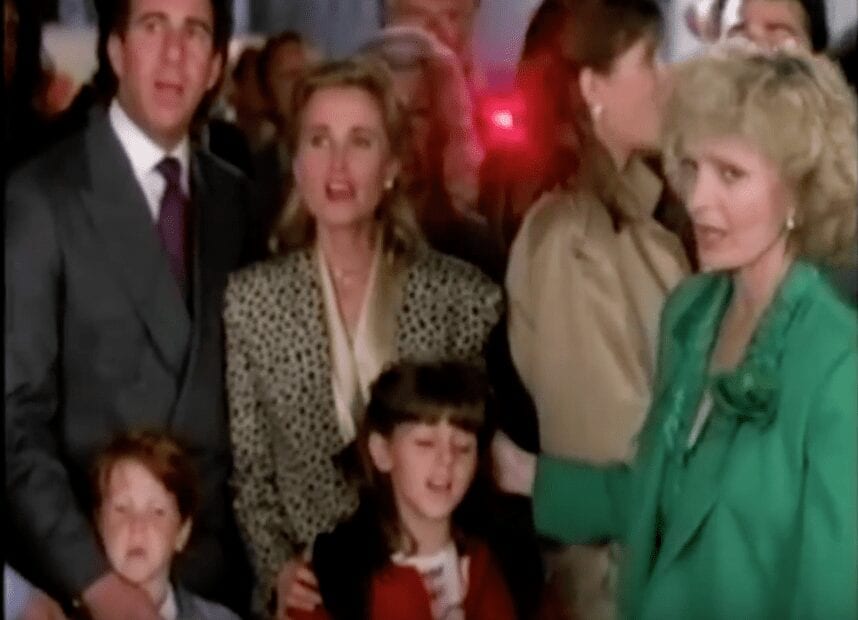 Mike Brady: It wasn’t as bad as you think. The building collapsed, but I was in there with four of the workers. I mean, two of them were dead. So that was disappointing. But two weren’t. And it was cold enough that the dead bodies didn’t smell that bad.

The Actress Playing an Adult Cindy Brady: I’m embarrassed to admit this, but my first thought was, “If he’s dead, do I still get to open my presents?”

Jan Brady: Me too.

Marcia Brady: He’s not even our real dad.

Greg Brady: The construction site was groovy, man. Police tape was up, Dad was inside. There weren’t that many people around, and I said to Mom, “Hey, you’re kind of hot.”

Carol Brady: He did say that.

Greg Brady: But then I said, “Shouldn’t we call the police? Or the fire department?”

Carol Brady: I told the kids there was one thing—and one thing only—that would save my husband: The power of song.

Peter Brady: It was so fucking preposterous.

Alice: Always about her. Always.

Carol Brady: I started singing, ‘Oh Come All Ye Faithful.’ It wasn’t my first choice, but the network thought it was spiritual enough for the scene, but not too Jesusy. Plus, I knew my angelic voice would save Mike.

Bobby Brady: She sings like a duck fucking a seal.

Carol Brady: I sing like an angel. And I know, deep in my heart, Mike heard me. I know that saved him.

Mike Brady: One of the trapped guys had a deck of cards and a jug of Jägermeister. It was awesome. I was sloshed, happy as shit. Then my fucking scene-stealing wife starts singing.

Carol Brady: The acoustics were outstanding.

Mike Brady: I told the guy with the Jägermeister—”Just watch. She’s gonna be wearing that green suit. Just for attention.” 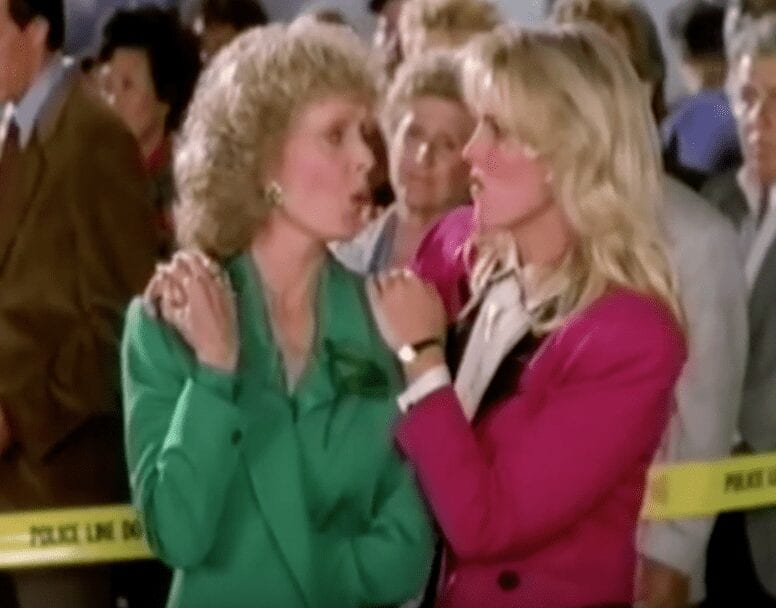 The Actress Playing an Adult Cindy Brady: Once she began to sing I hugged Mom. It was in the script. Then I started singing with her. Look, I was making $5,000 for the whole two-week shoot. I needed a moment to announce, “I’m here!”

Greg Brady: I was rooting for Dad to be dead.

Peter Brady: Greg was rooting for Dad to be dead. He had a thing for Mom. Which was kinda creepy, even though she wasn’t our real mom. So she and Greg could have had kids and they wouldn’t end up with six thumbs. I think. Right? I dunno.

Mike Brady: Finally I was like, “Ugh, dammit. I’ve gotta leave.” So I took a last swig, crawled through the narrow space and emerged. I was surprised by the number of extras they roped in to look concerned. That was touching.

Extra No. 12: Just being honest, I thought we were on the set of “Murder She Wrote.” But this was also fine. It’s not every day you meet Eve Plumb.

Carol Brady: I ran up to hug Mike. That was great. But then the kids joined in. That wasn’t great.

Jan Brady: She’s such a bitch.

Greg Brady: Dad was always drunk. Always. He wasn’t a bad father. Except when he used to stamp out cigarettes on my temples. And when he kicked me in the knee with a steel boot. And when he told me I was an ungrateful dickwad who would never amount to anything. Yeah, he was drunk.

Mike Brady: At that moment, surrounded by family and extras, I truly understood the real meaning of Christmas.

Carol Brady: At that moment, surrounded by family and extras, I truly understood the real meaning of Christmas.

Greg Brady: At that moment, surrounded by family and extras, I truly understood the real meaning of Christmas. 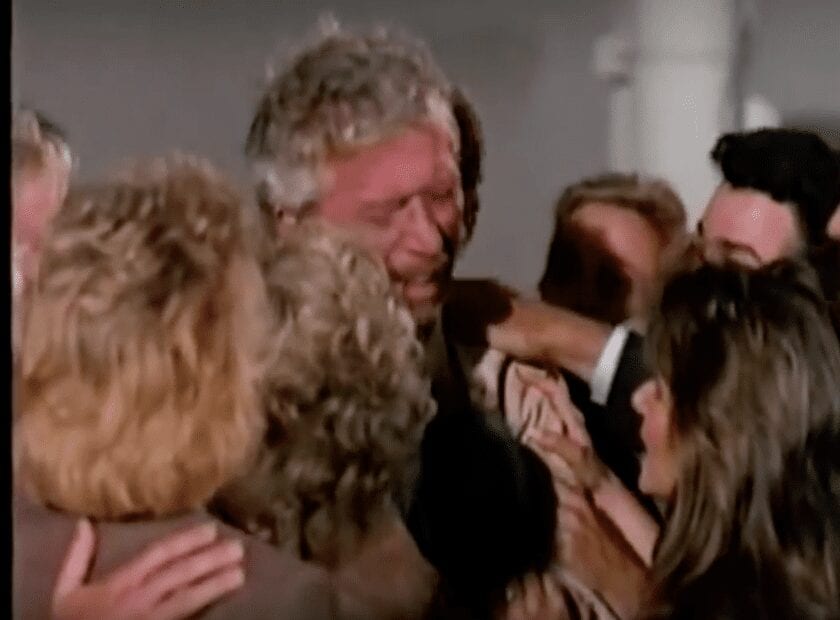