This is going to sound sorta weird, but I have a friend on Twitter who works in the sex business.

Actually, that probably doesn’t sound weird. Because Twitter is filled with sex business employees, and a solid five have appeared in my Quaz Q&A series through the last six years or so.

Anyhow, “Mistress Amethyst” (as she is known) is a future Quaz and a really interesting human. In a way, she represents the good side of the information superhighway—from sex workers to retired athletes to traveling meat salesmen to former prison inmates, I’ve met a slew of individuals I’d otherwise never know. And that sort of exposure didn’t exist pre-WWW. It results in terrific exchanges and insights.

The other day Amethyst Tweeted about the death of her dog, Pedro. And it was, truly, one of the saddest things I’ve read of late … 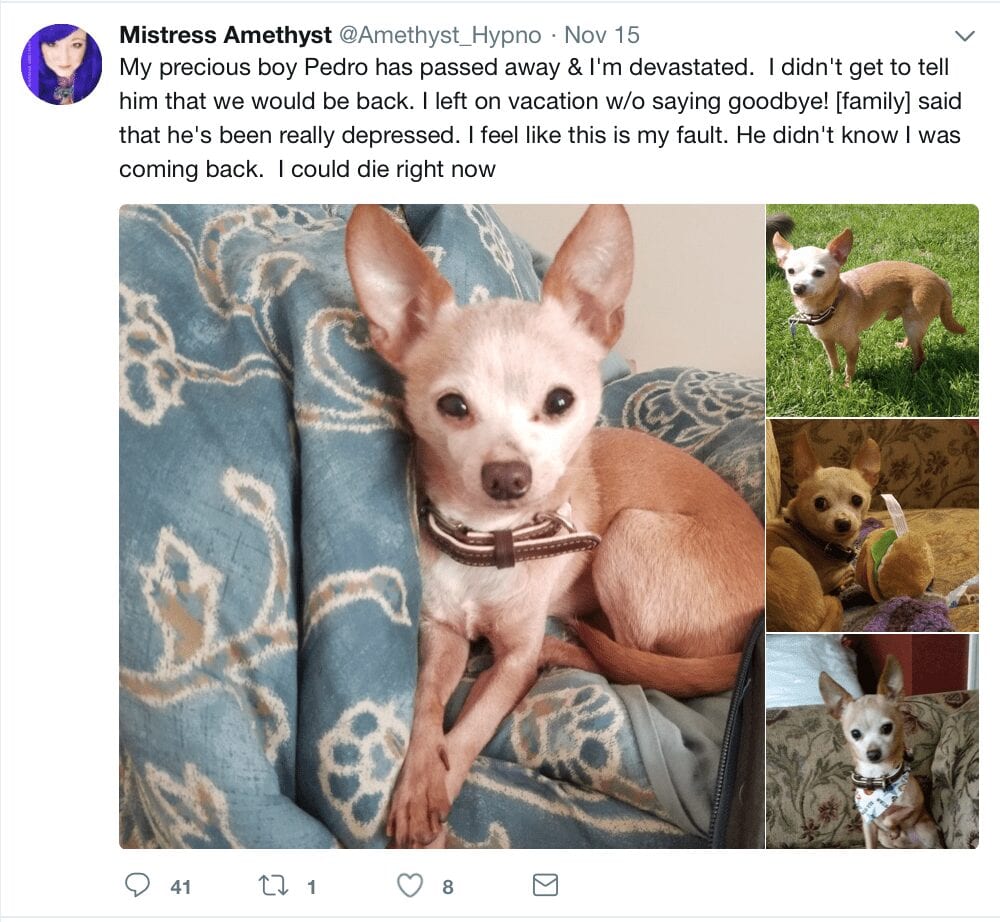 I mean … shit. And it got me thinking about my own dog, Norma the cockapoo, who’s sleeping on a nearby couch as I write this. Pre-Norma, I had no emotional connections to animals. They were fuzzy, they were cute, they licked and barked and meowed. But, otherwise, they were just life’s ornaments. Here. Gone. There. Not there.

With the addition of Norma, that changed. She sleeps on our bed. She excitedly greets us when we arrive home. She doesn’t care about Trump or Franken or the Dodgers or the Jets. She just wants to be pet, walked, fed, loved. There are no real conditions. Just affection.

Not sure of the point, but the post on Pedro hit me in the gut.