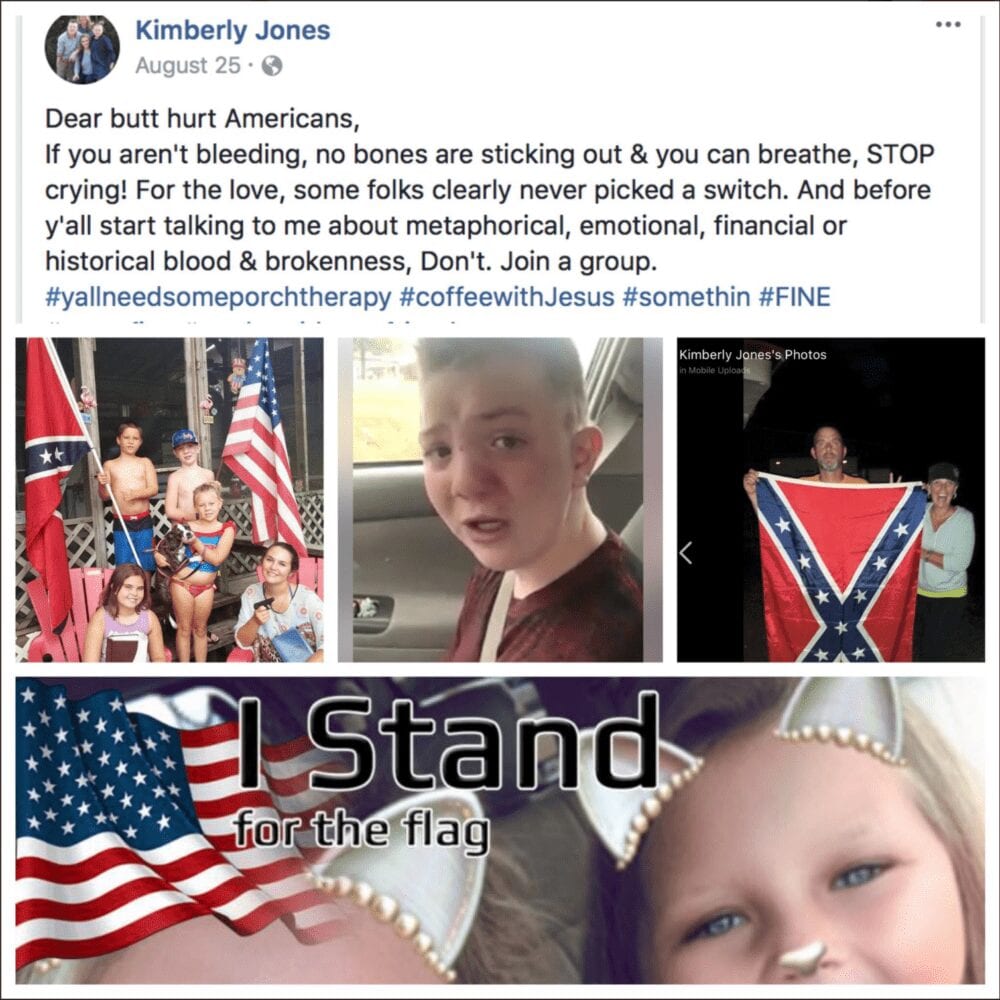 By now you almost certainly know of Keaton, the Tennessee boy whose tearful video on his suffering via bullies has gone viral. It’s the most impactful anti-asshole takes I’ve seen in many moons, and this morning #Keaton is the leading hashtag on Twitter.

Which, inevitably, led to some scrutiny.

It turns out Keaton’s family hangs a Confederate flag on their porch. It also turns out Keaton’s mother Kimberly is a bit of the, eh, firebrand on social media. She and her husband seem to be not particularly likable or embracing of diversity.

But here’s the thing: Who cares?

Keaton is a child. He knows what he learns. So, if until this week, what he learned was about Confederate pride and bashing those NFL players who kneel and Donald Trump being the greatest man ever … well, that’s not his fault or his doing. He’s simply digesting the information fed to him, just as my kids and your kids digest the information fed to them. What’s cool in this case, however, is the potential for eye-opening to the goddess of folks of all stripes.

@DonteStallworth @Lakyn_Jones hopefully my video and the tweets that Keaton have been getting brings awareness to bullying and how serious it is in our school system pic.twitter.com/1Dujv3RxA5

Different is special. You’re beautiful Keaton. Inside and out. #IStandWithKeaton https://t.co/I7jTVF3izn

Keaton, will you’ve my guest at the Premiere of #InfinityWar too? I think you are about one of the coolest kids I have ever seen! Can’t wait to meet you in person, pal. Forget those ignorant kids. One day, very soon, they are going to feel pretty stupid for this. https://t.co/BqJLxu25GN

That’s an African-American athlete, an Israeli actress and an uber-liber actor all reaching out; all saying, “You matter.”